Did the Senate find "no direct evidence" of collusion? That doesn't mean what Trump wants it to

Despite right-wing ecstasy, nothing has changed. The evidence against Trump is circumstantial — and damning 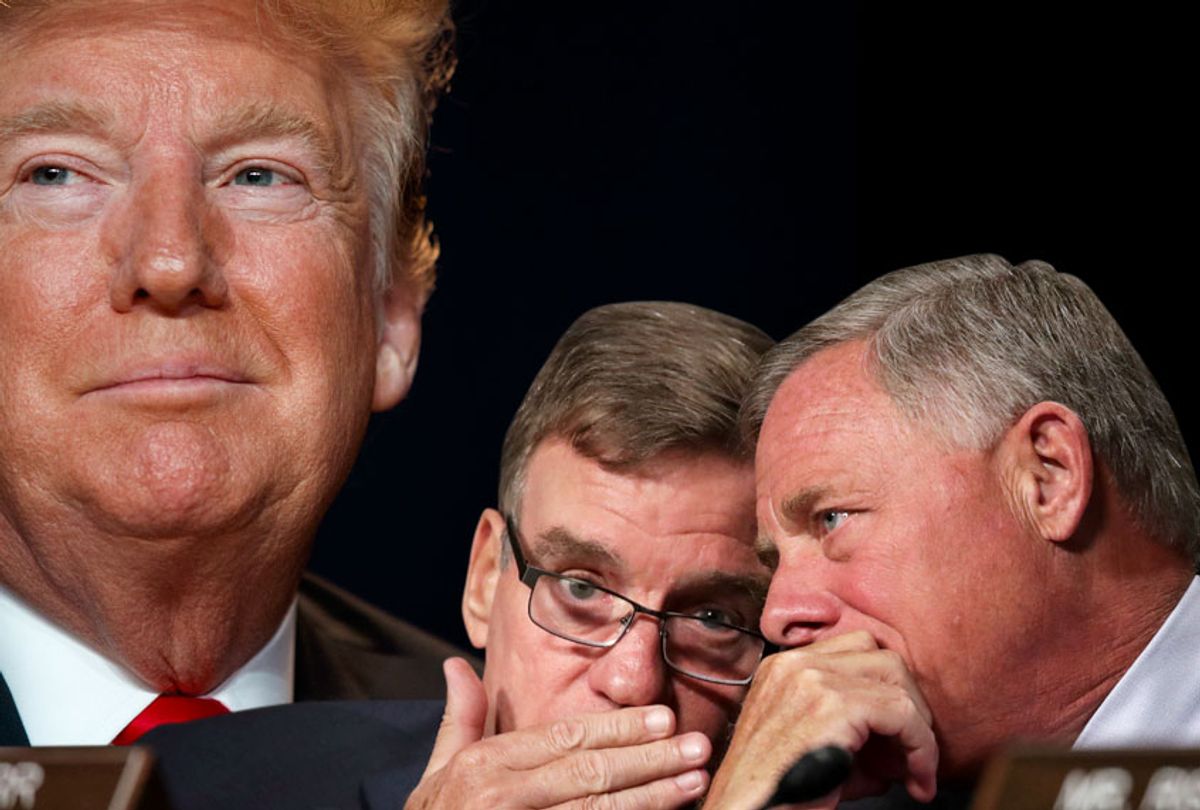 Senate Intelligence Committee chair Richard Burr, a North Carolina Republican and former Trump campaign adviser, told CBS News last week: "If we write a report based upon the facts that we have, then we don't have anything that would suggest there was collusion by the Trump campaign and Russia." That comment didn't garner much notice on its own, since Burr said exactly the same thing last September. But yesterday NBC News reported that the committee as a whole had concluded that there was no evidence of collusion and that Democrats on the panel were in agreement.

This sent the right wing into a tizzy, likely because the shutdown strategy had been a total bust. Trump and the GOP appear to have ended up with less than if they'd taken the deal that was hammered out last December rather than listening to Ann Coulter and Rush Limbaugh. No one was more thrilled with the distraction than the president:

Unfortunately for him, the NBC report is being strongly disputed by members of the committee. The Democratic ranking member, Sen. Mark Warner of Virginia, said the investigation isn't finished. He added:

What we do know, and it's part of the public record, there's never been a campaign in American history that during the campaign and its aftermath that the campaign folks affiliated with the campaign had as many ties with Russia as the Trump campaign did,

Another member, Sen. Angus King of Maine -- an independent who caucuses with Democrats -- took issue with the NBC report as well. He told Mother Jones, “That’s not true. I think it’s misleading. The intelligence committee hasn’t discussed the matter, let alone released a committee report.” A Democratic committee aide backed up Warner's point, saying that there was plenty of circumstantial evidence of collusion. He said, "None of those facts are in dispute, only what they mean."

This is an important point. The term "collusion" has no legal definition so it ends up being one of those "I know it when I see it" concepts. (To coin a phrase, it depends on what the meaning of collusion is.) To me, it's obvious that if representatives of a presidential campaign enthusiastically take a meeting with foreign persons who are presented as being "part of Russia and its government's support for Mr. Trump" and who promise to deliver "official documents and information," they are colluding with a foreign government. Likewise, the fact that Trump lied for months or years about the big real estate deal he had cooking in Moscow, which required Russian government approval, is also evidence of improper collusion. And these are just a couple of the many instances during the campaign of weird interactions with Russian officials or agents.

This past week we learned that there may definitely be evidence of conspiracy that we haven't heard about before -- and it's big. This report in Tuesday's Washington Post compellingly lays out a narrative suggesting that former Trump campaign chair Paul Manafort may have "directly" conspired with his former employee and suspected FSB officer Konstantin Kilimnik, who was likely working on behalf of Russian oligarch Oleg Deripaska, a close associate and ally of President Vladimir Putin.

We've seen previous hints pointing in this direction. But this latest information, gleaned from a redacted transcript of a court hearing about Manafort's cooperation agreement, makes it appear as if Manafort met with Kilimnik during the heat of the campaign and may have given him some valuable polling data which Kilimnik presumably passed on to Deripaska. What they would or could have done with that information, we do not know.

Manafort had personal reasons for wanting to do this. He was in debt and also had money owed to him. The information may have been so valuable that it could help him with those problems. But as independent journalist Marcy Wheeler points out, if this is so it's odd that Republicans haven't seized on it:

Instead, Trump acts as though Manafort is a brave soldier holding out against all odds. That doesn't make much sense -- unless the president was personally involved.

We still don't know whether special counsel Robert Mueller can to make a conspiracy case involving the president, but it's not difficult to see what Trump might have hoped to get out of accepting Russian help in the election. The quid pro quo was that if the Russians helped him win he got to be president, obviously, and if he lost, he got a big real estate deal in Moscow. On the other side of the coin, the Russians expected sanctions relief and a pullback from NATO, both of which Trump has attempted to do with only partial success.

There has always been a question, amid all the speculation, about what the Russians would have wanted from Trump had he lost the election. I suspect that since one of the major goals of their interference in the election was to sow chaos, they expected him to contest the election results. When debate moderator Chris Wallace asked Trump during the general election campaign whether he'd accept the outcome, Trump responded, "I will look at it at the time. I'm not looking at anything now. I'll look at it at the time." On the stump he said -- in one of those Trumpian "jokes" that's not funny -- that he would accept the results only if he won.

Trump hasn't had a lot of luck rolling back the sanctions but it appears he's already preparing to deliver his end of the bargain in 2020 by undermining voters' confidence in the outcome of the next election. He recently tweeted, "The Dems are trying to win an election in 2020 that they know they cannot legitimately win!"

This may be the one deal of Trump's checkered career where he's determined to fulfill his end of the bargain.