Ironically, it took a robot’s death to bring together humanity 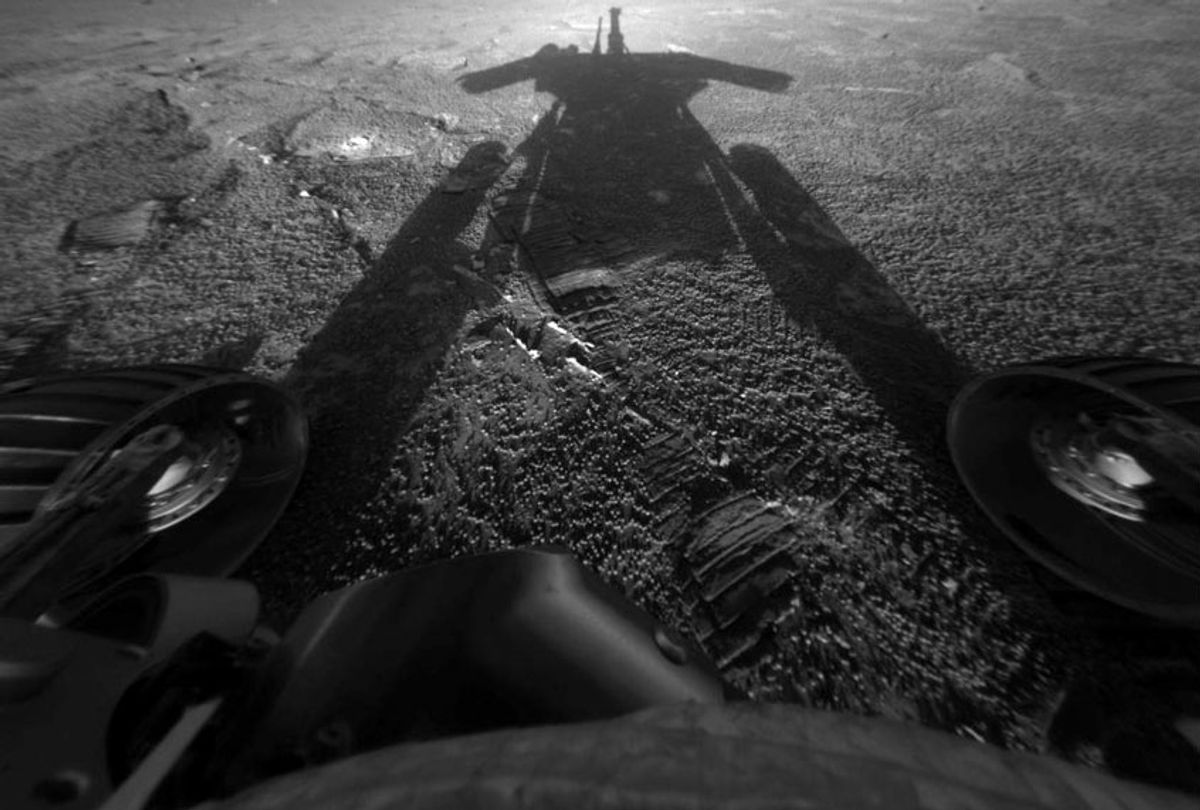 On Wednesday, NASA shared the news that the agency’s Mars rover Opportunity, which lost power during a massive Martian dust storm last June, has been officially declared dead. Since then, there has been an outpouring of public grief for the robotic celebrity scientist.

“It is therefore that I am standing here with a sense of deep appreciation and gratitude that I declare the Opportunity mission as complete,” NASA’s associate administrator for science, Thomas Zurbuchen, said at a news conference on Wednesday.

NASA tried to contact the rover one last time on Tuesday and did not receive a response, leading to an official declaration of death. Technically, Opportunity has likely been “dead” since it lost connection last June, but the announcement that NASA would cease sending wake-up signals attempting to revive it marked the end of its 15-year trip — far surpassing its design for a mere 90-day mission.

John Callas, a project manager for the mission, told the Associated Press on Tuesday team members were already nostalgic for "Oppy" — as it is nicknamed — and reflected on its achievements.

“It’s just like a loved one who’s gone missing, and you keep holding out hope that they will show up and that they’re healthy,” Callas said. “But each passing day that diminishes, and at some point you have to say ‘enough’ and move on with your life.”

Despite Opportunity being a robot, Callas's sadness is reminiscent of the grief many of us feel when losing someone or something we care about, which is what the internet’s strong reaction to the loss of Opportunity suggests as well. As when a celebrity dies, people have collectively turned to social media to mourn Opportunity by sending their condolences and thanking it for its service — in other words, grieving a robot. The mourning has rolled over to Thursday, casting a bit of a shadow on this year's Valentine's Day.

Memes about the death stirring tears are proliferating.

Science reporter Jacob Margolis tweeted that the last message scientists received from Oppy was "basically 'My battery is low and it’s getting dark,'" which has tugged at many heartstrings.

In any case, the rover’s loss appears to bring to light not only what is no longer roaming around on Mars, but it also symbolizes a little bit of what the world has lost: hope, endurance, and the possibility of immortality that our machines grant us.

The story of Opportunity, the little rover that could, is a modern-day science fairytale, one in which a robot far exceeded the expectations of engineers. As its 3 month mission expanded to 15 years, Opportunity made discovery after discovery, far outliving its twin Spirit, which ran into complications in 2009 and ceased communications permanently in 2010. As psychologist Deborah Carr wrote in Psychology Today, when it comes to mourning celebrities, “celebrity deaths teach us that everyone will die someday, and neither fame nor wealth nor talent shields us from that inevitability.” The collective outpouring of grief shows how that sentiment holds true for a robotic celebrity, too.

The materialists and pessimists among us may reply that it's "just" a robot. And yet, there is value in  collective mourning as it is a way for others to connect and to bring communities together. And it is particularly poignant how, in this polarized political moment, a robot's death can bring together political foes to mourn together.