“I hope to see the Republican Party assume once again the mantle of being the party of Lincoln,” Weld says 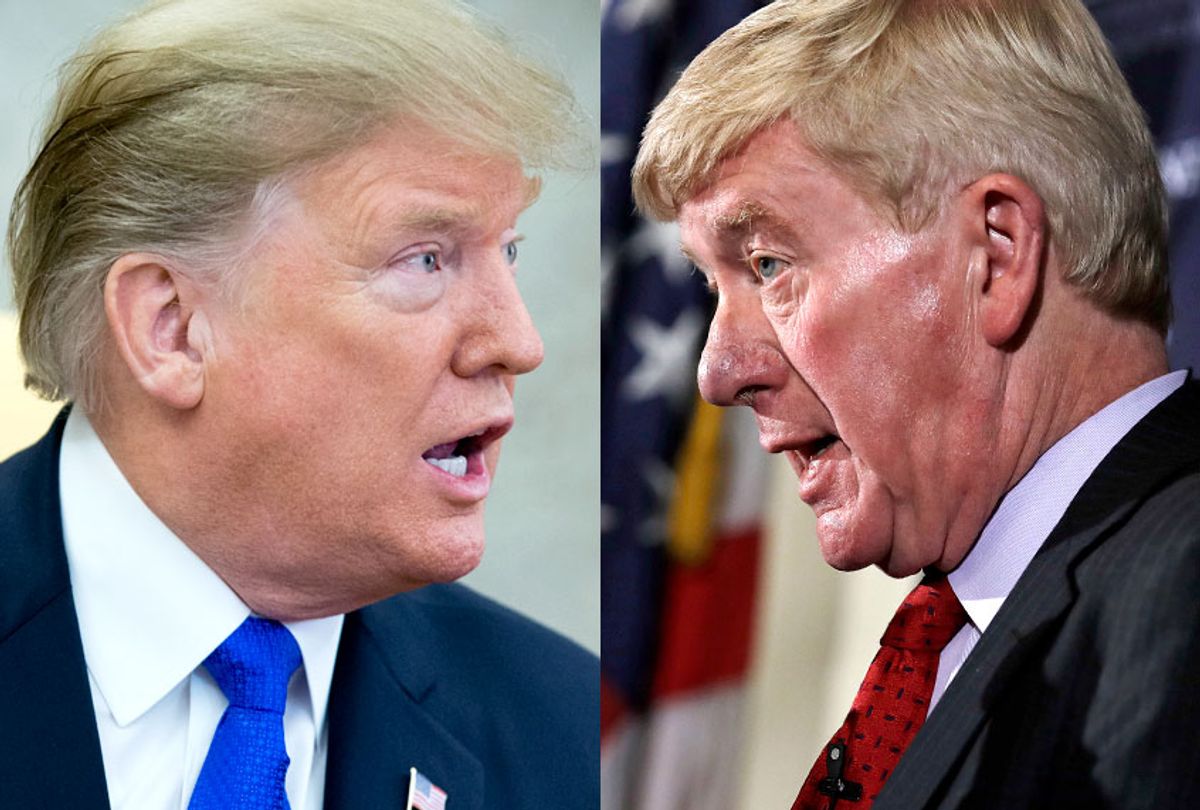 On Friday, President Donald Trump drew his first primary challenger for 2020. But it isn’t any of the people typically floated as possible challengers to Trump from the right, like former Ohio Gov. John Kasich or former Arizona Sen. Jeff Flake.

Instead, it’s one of the people who arguably helped spoil the 2016 election for Trump in the first place: Bill Weld.

“I hope to see the Republican Party assume once again the mantle of being the party of Lincoln,” said Weld at an event in New Hampshire. “I encourage those of you who are watching the current administration nervously but saying nothing to stand up and speak out when lines are crossed in dangerous ways. We cannot sit passively as our precious democracy slips into darkness.”

“As we move toward the 2020 election year, each of us must also strive to remember the difference between the open heart, open mind and open handedness of patriotism versus the hard heart, closed mind and clenched fist of nativism and nationalism,” he continued.

Weld served as the governor of Massachusetts from 1991 to 1996, but his most notable recent involvement in politics was as the running mate to former New Mexico Gov. Gary Johnson on the Libertarian Party ticket for president in 2016. Johnson ran on a platform that included marijuana legalization, criminal justice reform, and the abolition of the IRS, the NSA, the Departments of Commerce, Education, Housing and Urban Development, and Homeland Security, the minimum wage, and most gun control. He peeled off a significant fraction of voters, taking nearly 3.3 percent of the popular vote, and some argue he helped spoil the race for Trump in closely-contested states like Michigan, Pennsylvania, and Wisconsin.

Weld, who switched back to being a Republican after the Libertarian ticket lost, has always been a more moderate figure. He actually seemed to throw his support to Hillary Clinton at the last minute in 2016, despite being on an opposing ticket.

There is almost no chance Weld will actually threaten Trump’s path to renomination — the president remains popular among Republican voters, and at least one state GOP committee, in South Carolina, is toying with the idea of canceling their primary altogether to avoid Trump losing. However, any obstacle to Trump’s reelection is an embarrassment for him, and could require spending resources to put down.

Weld probably played a role in helping Trump take office. Now, his involvement may help deny him a second term.