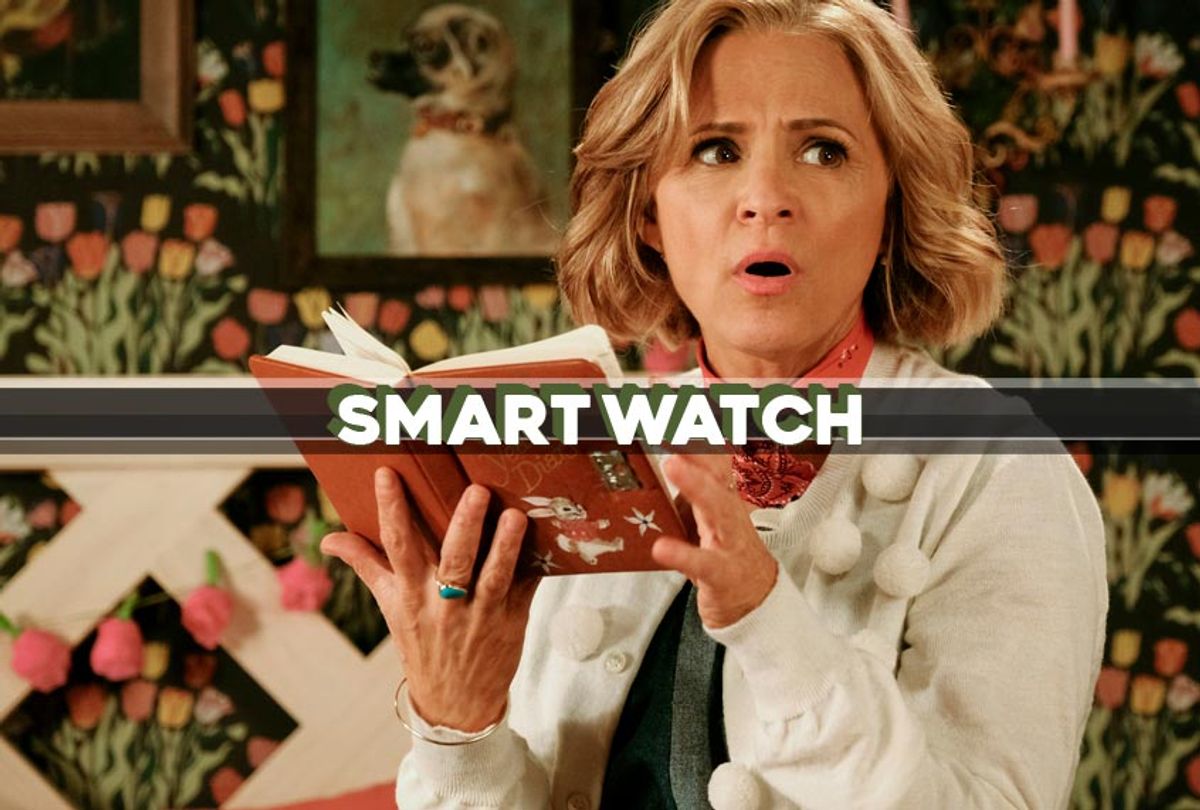 “At Home with Amy Sedaris,” premieres Tuesday at 10 p.m., TruTV

Having a reputation as a doyenne of creativity can be challenging. Here’s where one might write, “Just ask Amy Sedaris,” but as it turns out, I didn’t have to. During a recent conversation with Sedaris and “At Home with Amy Sedaris” co-star Cole Escola, who plays Amy’s jaded, willfully useless neighbor Chassie Tucker, she offered that observation by way of referring to a dream guest she’d love have on the show, John Malkovich.

“I’d love to get him on the show as a detective,” she mused following a discussion about season 2’s impressive guest star list, which includes Matthew Broderick in Tuesday’s season premiere as well as  Rose Byrne, Justin Theroux, Susan Sarandon, Juliette Lewis and Ana Gasteyer, just for starters. Michael Shannon comes back so regularly, Sedaris said, that he might as well be considered a series regular.

Malkovich, however, led her to remark, suddenly, “Everything's an idea, especially if we do get picked up. It's like, no matter what it is, you just have to be thinking of ideas and get inspired by anything. So you have to look under rocks. Just something. Just ideas. It’s like…”

She trails off for a moment, and emits a deep sigh.  “It’s fun now when you're just watching stuff and you're not thinking of it because there isn't a third season yet. But once there is, if we do it, we watch everything in a different way. It's like hanging out with a writer. I forget sometimes when I'm with my brother David, I'm like, ‘Oh yeah, right.’ Then next thing I know, the New Yorker’s calling me for fact checking. I'm like, ‘Oh, that's right.’”

On its surface, the Emmy- nominated “At Home with Amy Sedaris” spoofs classic housekeeping series and hosts who used to be regionally specific fixtures of daytime television. At once a tribute and a lampoon to nostalgia and crafting, Sedaris’ series simultaneously twists the image of the eternally perky busy-bee host by frequently derailing her fictional character with deadly subplots or uncomfortable scenarios that at times border that flirt with impropriety.

Not surprisingly, the stars who drop into the world of Research Triangle wholeheartedly embrace the opportunity to get weird and bawdy. “A lot of people are in and out,” Sedaris observed. “They're very busy and they work a lot so you can only get one day, and out. That's challenging, but that's what's fun for us. We're like, great. Keep it in the living room.”

And that’s just fine by her.  “Some of them just bring it alive. They're just right for it.”

Tuesday’s “Teenagers” episode, intended to be an instructional journey into “the complex and unpredictable mind of a teenager” roots its comedy in revealing how skewed Amy’s and her team of experts’ views of adolescents actually are. At its apex, when the host invites an actual teenager into her home, she immediately escalates the air of menace by inviting over her “knife man” Tony (David Pasquesi) to mentor the kid, who makes many casual references to stabbing people.

This season is rich in old cinematic references too, such as Byrne’s character mimicking an “All About Eve” scenario which, this being “At Home,” eventually goes the way of “Single White Female.” A guest turn with Thomas Lennon also devolves into a classic thriller. Not even this season’s Thanksgiving episode is safe. Think “The Birds,” except with homicidal turkeys.

“I like holiday specials cause they're very warm,” Escola offered, adding, “So it's funny to then turn it into, like, a blood bath.”

We’ll get to one of those in a few weeks.

Before TV viewers are treated to a hard rain of deadly gobblers, IFC’s earnest tribute/parody of non-fiction filmmaking presents what might end up being one of the series’ most memorable and inevitable larks.

“Batsh*t Valley: Part I and Part II” airs as one back on back installment to open the third season of “Documentary Now!”, and it’s probably among the most accessible choices the series has made. In this third season — the fictionalized documentary series’ 52nd, not as if that matters — the cast expands beyond Bill Hader and Fred Armisen.

It also apes documentaries the broader public is more likely to have seen. The season premiere, written by Seth Meyers, is largely inspired by the Emmy-winning Netflix series “Wild Wild Country” and 2012’s “The Source Family.” And in the spirit of binging, it requires viewing in one swallow, if only to completely appreciate Owen Wilson’s oddball portrayal of self-appointed spiritual guru Father Ra-Shawbard, a Osho-like bearded figure who resembles some sort of silver-haired Moses.

Necar Zadegan plays his right-hand Ra-Sharir, the Ma Anand Sheela of the cult community, a hard-liner with a quick temper easily flared by as little as losing to a child in a contest meant for children. But the story doesn’t truly live up to its name until the second episode, when Agent Bill Doss (Michael Keaton) enters the story as the head of the elite cult unit of the FBI which, as it turns out, provides surprising insight as to how Batsh*t Valley came to be.

Meyers' script is fast paced and sharp, and the prize here is Zadegan’s portrayal of Ra-Sharir, who hits all the right Sheela notes without making her character a carbon copy.

Naturally, though, Wilson’s “charismatic leader” attracts most of the focus. A few reporters, this one included, were able to briefly corner him during a visit to the Portland-area set last June when “Batsh*t” was in production, by the way, and it must be said that he took to the part with slightly unsettling ease.

And he knew it. “I just tried to find the part of myself that could be a cult leader and I didn't have to dig that deep,” he joked. “It all comes from power and gaze. Not unlike acting! A lot of your power as an actor comes from your eyes.”

But, as somebody observed, perhaps some of the ease with which he slipped into Ra-Shawbard has to do with the figure’s similarities to Wilson’s “Zoolander” character Hansel. Wilson did not refute this.

“It's hard not to fall back on my smoldering Hansel expressions.”