Dimitri Mendeleev typically gets credit its creation, but there were many more chemists who should be recognized 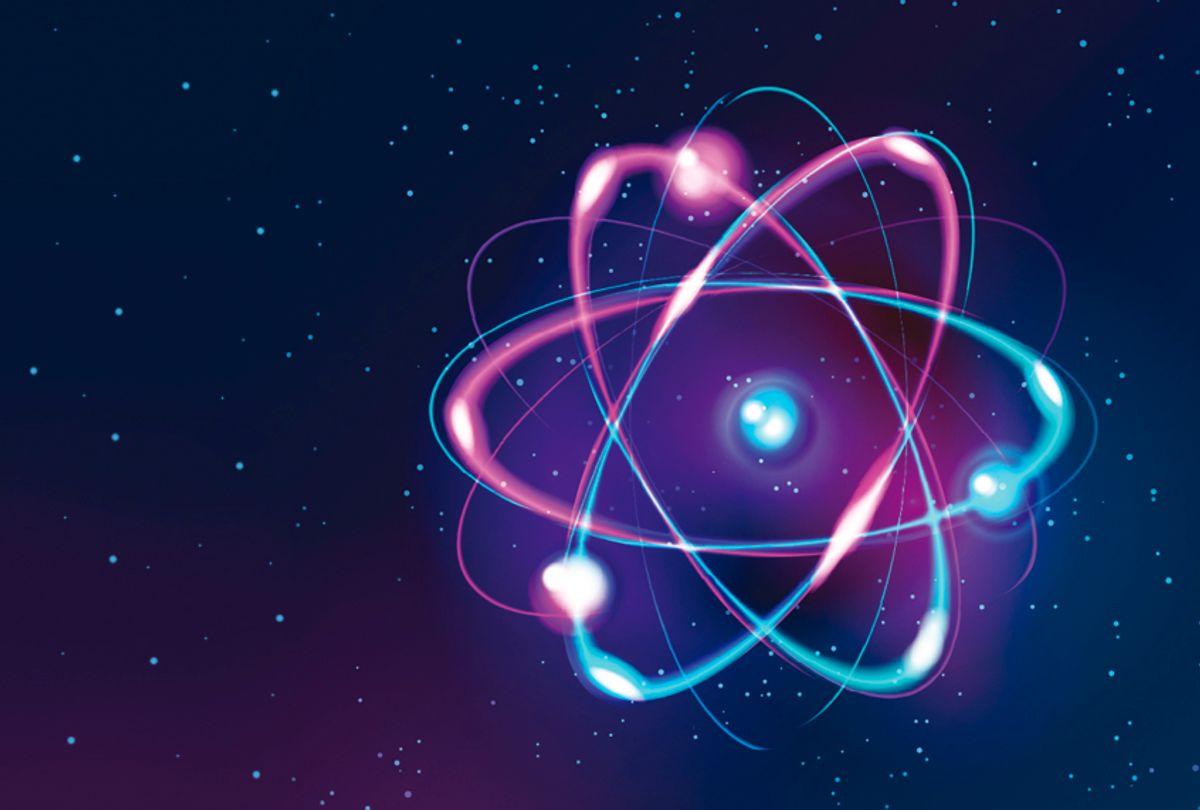 Formally, the modern periodic table is a systematic arrangement of the known chemical elements. The table is organized in an orderly way that shows the periodic occurrence of elements with similar chemical properties. Elements with similar chemical properties are stacked one on top of another in columns; going down each column from one row to the next the atoms of the elements get larger and heavier. Such periodic variations in the properties of elements are what Dmitri Mendeleev (1834-1907) and other scientists observed and sought to summarize in tabular and other forms.

Yet, the periodic table is not as objective as that basic description may sound. And who deserves credit for its creation is also not straightforward. I am a theoretical chemist; I apply chemical principles and mathematics to answer questions and solve problems in various areas of chemistry. I’m also fascinated by the history of science and how we assign credit and name things in science. Those interests coupled with my chemistry background have led me over the years to intersections of the political and the scientific in the emergence of the modern periodic table.

There are, for instance, nationalistic tilts to the periodic table. Two elements (francium and gallium) are named for France and one each for Japan (nihonium), Germany (germanium) and Poland (polonium). Scandinavia got scandium; the elements berkelium, darmstadtium and moscovium give three cities each a spot on the table. One Swedish village — Ytterby — has claimed four elements: erbium, terbium, ytterbium and yttrium. A number of other places and people have also snagged their little rectangles on the table too, and that, in some cases, only after serious disputes.

Among the elements named after people is element number 101, mendelevium (Md), which honors Mendeleev. Resisting other self-serving instincts, a group of Berkeley scientists who discovered the radioactive Md in 1955 decided to honor the Russian scientist Mendeleev for his contributions to formulating the periodic table. With the Cold War underway, however, they had to convince the Eisenhower administration to allow them to give up a spot on the table to a deceased Russian.

Why Mendeleev, though? Did he discover the periodic table? Hardly.

Mendeleev published in 1869 a paper that organized then-known elements in an authoritative, logical and systematic way, and he boldly predicted new ones. That paper was followed by others in the early 1870s that improved on the first and demonstrated the value of a deep appreciation for the periodicity in chemistry.

He, his papers and his table garnered a lot of attention and accelerated progress in our collective understanding of the elements and their relationships to each other. But the inspiration and the data that spurred Mendeleev’s achievements were owed in huge ways to predecessors and contemporaries such as Amedeo Avogadro (1776-1856), Johann Wolfgang Döbereiner (1780-1849) and Stanislao Cannizzaro (1826-1910).

At the end of a chemical congress in Karlsruhe, Germany, in September 1860, for instance, a decisive paper by Cannizzaro on the weights of the atoms of the elements was distributed to the attendees. Mendeleev was at that meeting, and Cannizzaro’s work helped him to organize his 1869 table of 63 known elements, which he arranged according to observed chemical properties and assigned atomic weights.

Cannizzaro’s work was so convincing that another attendee of the Karlsruhe meeting, J. Lothar Meyer, reported that it felt to him as if the scales fell from his eyes as he gained a new understanding of the elements.

Mendeleev’s periodic chart appeared some nine years after the Karlsruhe meeting (1869), but by 1868 Alexandre-Émile de Chancourtois (1820-1886), William Odling (1829-1921), John Newlands (1837-1898) and Gustavus Hinrichs (1836-1923), for example, had already served up, however technically inferior, credible attempts at periodic assemblies of the elements. Newlands had also predicted the existence of other elements.

Meyer, enlightened as he was by Cannizzaro, devised tables in the 1860s before Mendeleev’s appeared. But his grand paper describing his table, which was similar to Mendeleev’s in many respects, was published in 1870, some months after Mendeleev’s 1869 paper. Predictably, a slowly festering dispute over priority eventually erupted between them.

Does Mendeleev deserves credit for producing a superb table for his time, for advancing an understanding of how the properties of atoms are rhythmically linked, for underlining the power of that understanding and for brave predictions that pushed chemistry forward? Indeed. But great victories can have more than one hero, and the emergence of our periodic table is one such victory.

Mendeleev’s work was neither the beginning nor the end of the charting of periodicity in chemistry. He misplaced some elements, and his table was incomplete, even with his predictions: the group of so-called noble gases, for example, was discovered in the 1890s and was not anticipated in his papers. And general chemistry students today can readily spot other deficiencies in his 1869 table, too, based on our contemporary understanding of the nature of the elements.

In brief, Mendeleev’s contribution was tremendously impressive but was also imperfect, and the value of Meyer’s contributions was already sufficiently clear as to move the Royal Society of London to award both him and Mendeleev their prestigious Davy Medal in 1892 “for their discovery of the periodic relations of the atomic weights.” Indeed, the joint award has been cited as evidence that what was seen by some to be especially valuable about Mendeleev’s table was how it accommodated (as Meyer’s also did) the elements that were known, and not so much for Mendeleev’s predictions of new elements.

Was the Royal Society hoping too, through the joint award, to muffle the disquiet about priority or credit for the increasingly indispensable table? Perhaps. But if that were the intention, they failed. In science as in politics, the temptation to be simple rather than accurate can be quite strong. Scientists still say, “Mendeleev discovered the periodic table.”

Whatever one thinks of Meyer’s versus Mendeleev’s role in the incarnation of the table, history has not treated Meyer as well as it could have. One might ask, for example, if Alfred Nobel (1833-1896), who was a contemporary of Mendeleev and Meyer (1830-1895) but who aided in no direct way our understanding of periodicity, is more deserving than Meyer or Newlands or de Chancourtois of a spot on the period table.

In my opinion, the answer is clearly no.

Even so, element 102 — nobellium — was named after Alfred Nobel, partly because he died rich enough to fund his bequest to the world of the Nobel Prizes. But there are ironies here. Nobel got a spot on their periodic table, but neither Mendeleev, Meyer, nor anyone else received a Nobel Prize for demonstrating periodicity or developing the periodic table.

Mendeleev was actually in nine Nobel Prize nominations between 1905 and 1907, but he never won. Some claim he was denied because Swedish scientist Svante Arrhenius held substantial animosity toward him. Mendeleev harshly criticized a theory (unrelated to periodicity, about how salts dissolve in water) that Arrhenius had proposed, and — although Arrhenius was not a member of the award committee — he was famous, influential and highly regarded by his peers on the Nobel Prize selection committees. But that and other Nobel Prize backstories are separate political discussions.

Politics, hero worship and jockeying for credit are often closer than desirable to scientific practice. A place where they all converge is on that great list of the chemical elements known so far to humanity.

Who has won the priority dispute? A class of minerals has been named after Meyer, but if having a private room on the periodic table is the gold standard for its fathers, then Mendelevium has answered the question.

The United Nations, scientists and science-loving people everywhere celebrate the periodic table this year for the marvelous chemical good that it has offered and continues to offer us. And we acknowledge as well its storied past, internal political warts and all.