Who’s afraid of Daniel Bryan? Meet the climate-conscious villain of the wrestling world 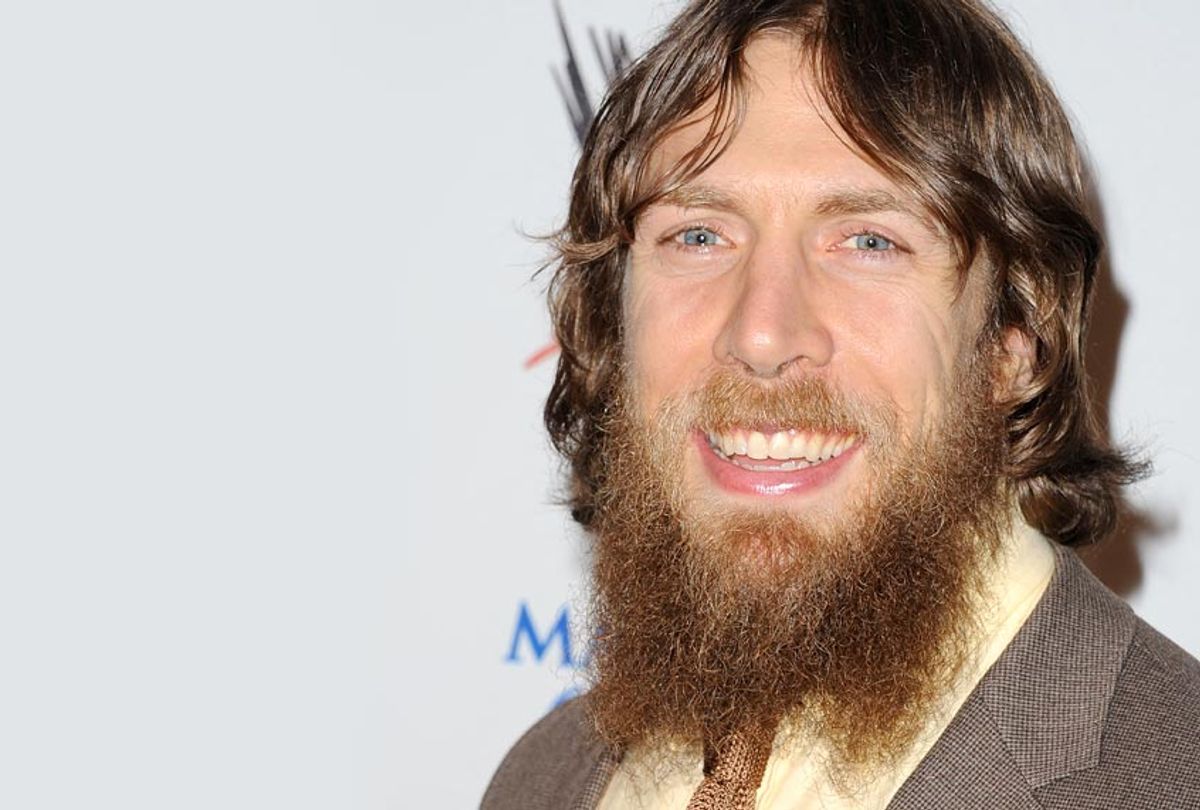 In the fictional world of professional wrestling, the bad guys’ backstories are drawn from all areas of geography and logical thought. They may hail from Iran and Russia (the Iron Sheik and Ivan Koloff) or emerge as turncoats of personal and patriotic ideology, like “Macho Man” Randy Savage’s betrayal of Hulk Hogan out of purported jealousy, or Sgt. Slaughter becoming an Iraqi sympathizer in the middle of the Gulf War.

Part of World Wrestling Entertainment’s cultural currency has been to create struggles between good and evil. Sometimes a character’s villainous narrative riffs on tried-and-true human emotion; sometimes it plays on the xenophobia of its general viewing audience.

So what does it mean when the “bad guy” is rallying for causes worth believing in?

Since his shocking WWE Championship win in November 2018, Daniel Bryan has proclaimed himself a messenger for a cause much greater than himself — environmentalism. Bryan takes the audience to task for drinking from plastic water bottles and eating factory-farmed meat; quotes Alexander Hamilton and William Gaddis; beefs with wrestling venue Chase Field over its gluttonous specialty burger; and pairs his cardigans with anti-bigotry T-shirts on live broadcasts shown on the USA Network.

So if you’re feeling a bit attacked (or you recognize yourself in one too many of Bryan’s eco-aggressive tactics), know that regardless of your moral high ground, the point of being a heel in wrestling is to present yourself as unlikable. And from the preening arrogance of 1950s star Gorgeous George to the megalomaniacal ruthlessness of current NXT Champion Tommaso Ciampa, there are myriad ways to be an excellent bad guy.

But Bryan didn’t start out as a WWE villain.

Before he turned heel, Bryan was regarded as WWE’s premier underdog and a massively beloved character — the likes of which WWE hadn’t seen in years. But over the course of a few months, he became reviled by a large section of its viewing faithful, supported by a growing chorus of boos from the live audience. He began augmenting his increasingly confrontational environmental rants with cheating in order to win matches, a tactic seen as a cheap shortcut for someone viewed by many as the most gifted in-ring performer of his generation.

Bryan weaponized environmentalism against the more conservative sector of WWE fans, but his wrestling persona isn’t just an act. It’s based on his real-life personality.

On the E! reality show "Total Bellas," which provides a glimpse into Bryan’s home life, the wrestler is frequently shown as being uneasy with the concept of excess. In early seasons, Bryan and his wife Brie have disagreements involving overconsumption, and Bryan voices dreams of building a composting toilet. The wrestling star’s Instagram is peppered with photos of tasty vegan cuisine and gardening with his daughter, 1-year-old Birdie Joe. He seems to steadfastly believe he and his family shouldn’t possess anything more than what they need.

Given recent polls show most Americans are increasingly concerned about climate change, Bryan’s personal worries aren’t so far outside the mainstream. It appears more of a question of whether WWE’s presentation of this character makes the company look behind the times.

WWE’s programming, as a profit-driven organization, tries to appeal to everyone on the political and social spectrum. And professional wrestling has one of the most diverse sets of fans of any art form; you are just as likely to find MAGA hat-wearing troglodytes as straight-edge punks, vegan socialists, soccer hooligans, hip-hop artists, and your average Joe Six-Pack who will change your car’s transmission for $300 and a pizza.

But there’s no way to be all things to all professional wrestling fans and WWE often makes dicey-at-best efforts.

Last fall, the company staged its very first all-women’s pay-per-view, titled Evolution. Some lauded it as an effort of progressivism, but the event came as WWE took heat for holding a pay-per-view in Saudi Arabia in the thick of the controversy surrounding murdered Saudi journalist Jamal Khashoggi, as well as being a place where the company’s female wrestlers aren’t allowed to perform at all. And then there’s the fact that former CEO Linda McMahon was appointed administrator of the Small Business Association mere days after WWE Hall of Famer Donald Trumpwas inaugurated.

In that light, Bryan’s villany almost comes off as speaking truth to power — albeit with one hell of an attitude. In a recent, inspired speech opposite his rival A.J. Styles and moderated by WWE Chair Vince McMahon, Bryan proclaims himself to be “the planet’s champion” before tearing into McMahon, referring to him and the baby boomer generation as “the great parasites of this world.” (The original Wrestlemania is nothing if not a sterling example of ’80s overindulgence.)

“You see,” Bryan continues, “these people bow down to you, but they don’t realize you take, you take, you take, and you give nothing back, putting profit over the people and the planet every single time! And they bow to you for it!” He then calls out the economic and environmental toll the world takes for the waste caused by WWE’s financial gain.

Though his character rails against the WWE, Bryan is still a major draw for that very company. And he carries around the WWE Championship, made of leather and diamonds.

As he acknowledges to A.J. Styles during his successful title rematch in January, that makes him something of a hypocrite. Standing beside his new bodyguard and “intellectual peer” Erick Rowan, Bryan proclaims the championship belt a symbol of excellence and a symbol of excess; it’s gaudy, made from cheap labor, “and worst of all, it’s bound to the skin of a cow whose life was taken from her.”

He deems the championship belt as trash, dumping it in the garbage can brought into the ring. Disrespecting a championship as prestigious as this — one held by such great legends as Bruno Sammartino and Bob Backlund — is considered sacrilege.

Bryan says to change the world, its symbols need to be changed as well. And then Bryan unveils a new WWE Championship, made of oak and hemp.

The mood with which Bryan’s antics are received largely depends on the market the WWE wrestler finds himself in. He was booed lustily in Jacksonville, where he levied a tirade against concession stands, but given a hero’s welcome in his home state of Washington on February 5.

With his recent heel turn, Bryan has become, perhaps unwittingly to the company he works for, the spokesperson for a generation — a generation conscious of the ills of consumption and all the things we were told as young people to obtain at all costs.

Throughout the course of this inspired character reinvention from plucky underdog to world-beating champion of WWE and the planet Earth, diehard fans of the liberal variety have been on a social media campaign to turn their friends onto Bryan’s work. It’s a strange proposition: Watch this program known for its excesses in order to support a bearded anti-Pied Piper who rallies against that very excess.