40 years ago, I fled South America for freedom. I am one of the lucky ones

On February 20, I became a single mother, a fugitive, and a refugee all at once 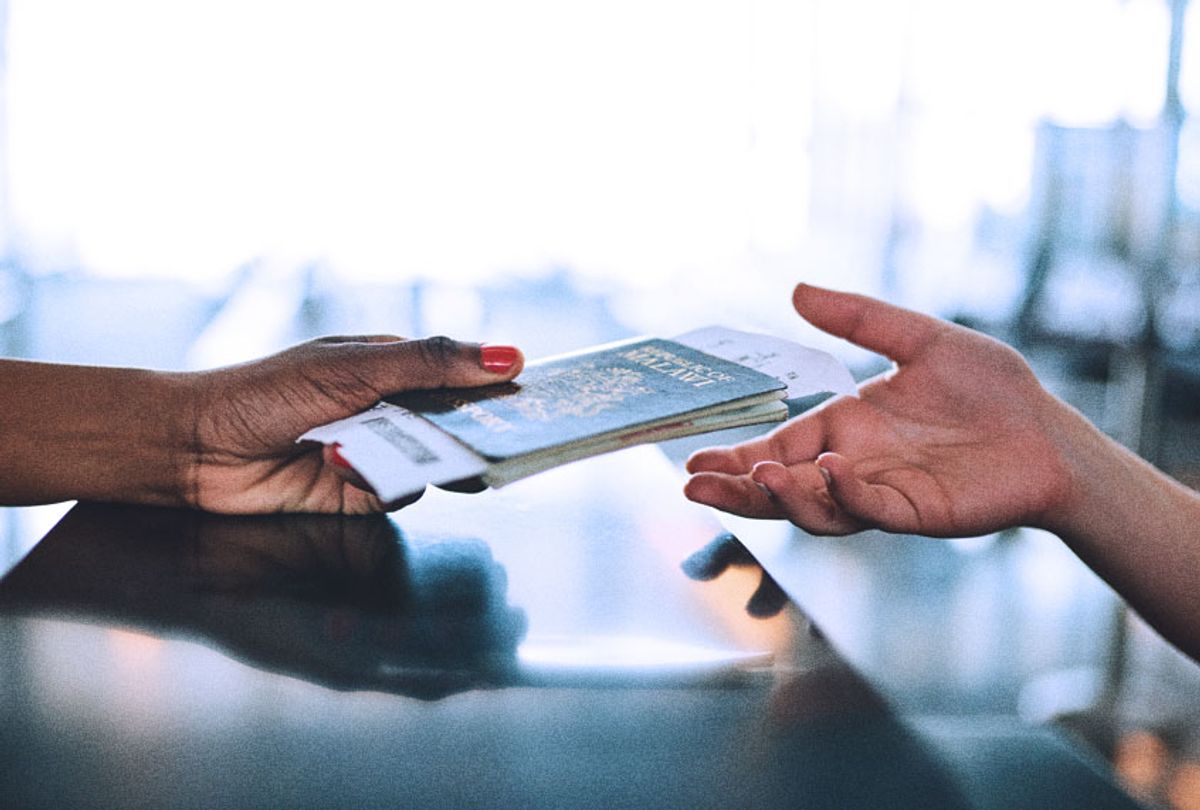 When my 17-month-old son and I landed in the US early on February 20, 1979, my American passport garnered me a “Welcome Home, Mrs. Sage” from the smiling U.S. Customs officer. I had just become a wanted criminal in Brazil for taking my child out of the country without my husband’s permission, an illegal act at the time, but here I was a welcome American citizen. As I look back today, 40 years later, I realize that not much has changed for those who seek to flee their countries, just as I had.

As a result of today’s vibrant and all-encompassing social media movements like #MeToo, many South American women are making the choice to flee from abusive husbands. Brutal dictatorships, extreme poverty, rampant crime, and unforgivingly corrupt governments are also driving them from their homes. Venezuela’s economy is in complete freefall, El Salvador’s murder rate is the highest in the world, Hondurans fear the escalating crime rate and gangs in their country will continue to rise, and every day women are brutally raped and abused at the hands of strangers and family at an alarming rate. Due to rampant corruption at all government levels, there is nowhere to turn for protection and help. There is often no choice but to flee and hope for a better life in a new country. I understand their desperate need to escape. I felt those same fears.

As young newlyweds in Brazil, my husband, the wealthy grandson of a New York State Senator, and I had been taken from our bed in the middle of the night by Brazilian police, accused of “dealing drugs.” No charges were ever filed against us because it was all a lie. Yet, we were kept in a dungeon prison, beaten, raped and brutally tortured daily for 45 days. We were released when my family paid a $400,000.00 bribe. It was nothing more than a kidnapping for ransom perpetrated by corrupt police. Yes, there’s no doubt I’d been damaged. But in 1979 there was no support, there were no “trauma counselors.” I was told simply, to “buck up” and “get on with my life.”

Following our kidnapping, our marriage quickly disintegrated as we both struggled to face our trauma, but divorce was illegal and living as a separated woman in Sao Paulo in 1979 was the equivalent of having a scarlet letter tattooed on my cheek. I lived in perpetual fear, almost unable to function during the day, as a result of the nightmares I faced every night. I needed to get away. I needed to find a brighter future for myself and for my son, one that included freedom. As I looked into my sons shining bright blue eyes, contemplating our escape, I couldn’t help but fear what else was “out there” for us? What could I find? Could it possibly be a better life? I had to try to find out. I knew I couldn’t give my son a safe and happy life on my own in my home country.

Early in 1979 I began secreting away every spare cent I could, selling some of my precious belongings and economizing household spending however I could to save a little more. By the time I was ready to leave I had a few thousand dollars in cash and a semi-plan. Unlike the women who are traveling today across thousands of miles by foot through dangerous and unknown lands, I was completely bilingual and fully familiar with the U.S. because I had traveled here yearly my whole life as an upper-class dual citizen. I had one-way first-class plane tickets and valid passports for my son and I. But in 1979 not many dared to do what I was planning. If I got stopped, I would be forcibly returned and would become an outcast because it was illegal for a woman to leave the country without her husband’s consent in Brazil.  My son would be taken from me, and I knew I could face imprisonment, or worse.

Too quickly it was February 19, 1979. That was the day before my passport would expire, and if I wanted another one, I would need my husband’s permission. I knew that would never happen. So, on that day I became a single mother, a fugitive, and a refugee. This wasn’t something I’d ever thought I would be. I realized what I would be leaving behind in exchange for my freedom: my birth home, my parents, my brother, my extended family and my lifelong friends. I’d be leaving behind an 8,000-square-foot home filled with servants, beautiful furnishings, priceless works of art and antiques. I’d be leaving behind my club memberships, my horses, my beach house, my leisurely lifestyle. And, I’d be leaving behind my husband, the man I was still in love with despite the wide chasm that had opened between us in the few brief years we’d been married. I wondered if I was crazy. There were certainly enough people who would say I was unbalanced or fragile, right?

Why would I want to leave my life of luxury in Brazil? As a child of privilege, I’d lived through a dictatorship and a nasty revolution. I’d seen people dragged away, heard stories of kidnappings and brutal murders all my life. I’d seen threatening armed soldiers in the streets, lived under a curfew imposed by the government. My father was always armed. We had well-trained dogs and watchmen patrolling our property, which had seven-foot walls that were topped with spiked glass shards. I’d always felt safe yet still somehow, jittery. All those precautions were considered normal in Brazil, but there was also a veil of darkness and uncertainty that cloaked the joy and ease of our wealth. This was the shadow side of privilege in a country where many were and today still are destitute.

I believed I deserved a better, safer life. Despite my upper-class status, my fears were not much different from those of women fleeing today. I feared being ripped out of my bed in the dead of night by corrupt police, then left to be tortured in a dungeon prison, while starving and freezing, simply because they had the power to do so.

Like today’s refugees, I was also willing and able to do whatever I had to do to make it on my own. I would work at whatever job was necessary in order to support myself and my son. I was certain I could get a great job with my education and upbringing, but I didn’t. Instead, I waited tables and cleaned bathrooms, working nights for tips so that my son and I could spend our days together. I also never dreamed that I’d have to live in a low-income housing complex, surrounded by poverty and drug dealing activity, but in the beginning, that was all I could afford. I never dreamed that I might not be accepted in the U.S., that I would be labeled “different”.

And yet by all standards, I was the lucky one.

Many of today’s refugees and immigrants come fully expectant to do whatever necessary to make just enough money to survive. They feel exhilarated at having gotten away. They are fueled by the prospect of freedom. And yet they are often humiliated, heckled or accused of being criminals, and often turned away. They are thrown into “holding facilities” — just another word for prison. Still, most do not complain and are often still willing to do whatever they have to do in order to be granted entry into “the land of opportunity.”

It is true that many have not come here legally, but it is important to understand that, in their countries, that word, “legal” can be meaningless.  In the corrupt state that is their country, their desire to leave may be a crime. So, too, their desire to live in peace. Their attempts to seek peace or flee their countries might even be punishable by death, torture and imprisonment. Their desire to work for a living wage may not be possibility. Women are raped, children sold into slave labor, men are beaten if they do not agree with their boss’s politics, they are “disappeared” if they dare to speak out. There is no protection for their rights. They live in poverty unlike any we know here in the U.S. — no running water, no electricity, no food, no healthcare. To them, anything is better than that.

Today, 40 years later, when I see media images of the faces of women and children who are struggling to come to the United States, I know that they are like me. And I know that nothing has changed in their countries in the 40 years since I left. They were hopeless in their native countries, and like me, they are willing to do anything to find freedom. Also like me, they have no idea what to expect. But unlike me, most of them are not bilingual nor do they have dual citizenship or valid documentation. Unlike me, most of them are not fair-skinned and blue-eyed, making them easily identifiable as “different” to those who want to condemn and hate them.  I am humbled by their journey.

Karen Keilt is the author of the true crime memoir "The Parrot’s Perch."