It's unclear how many of these users are foreign state actors from Iran or Russia, versus U.S. right-wing activists 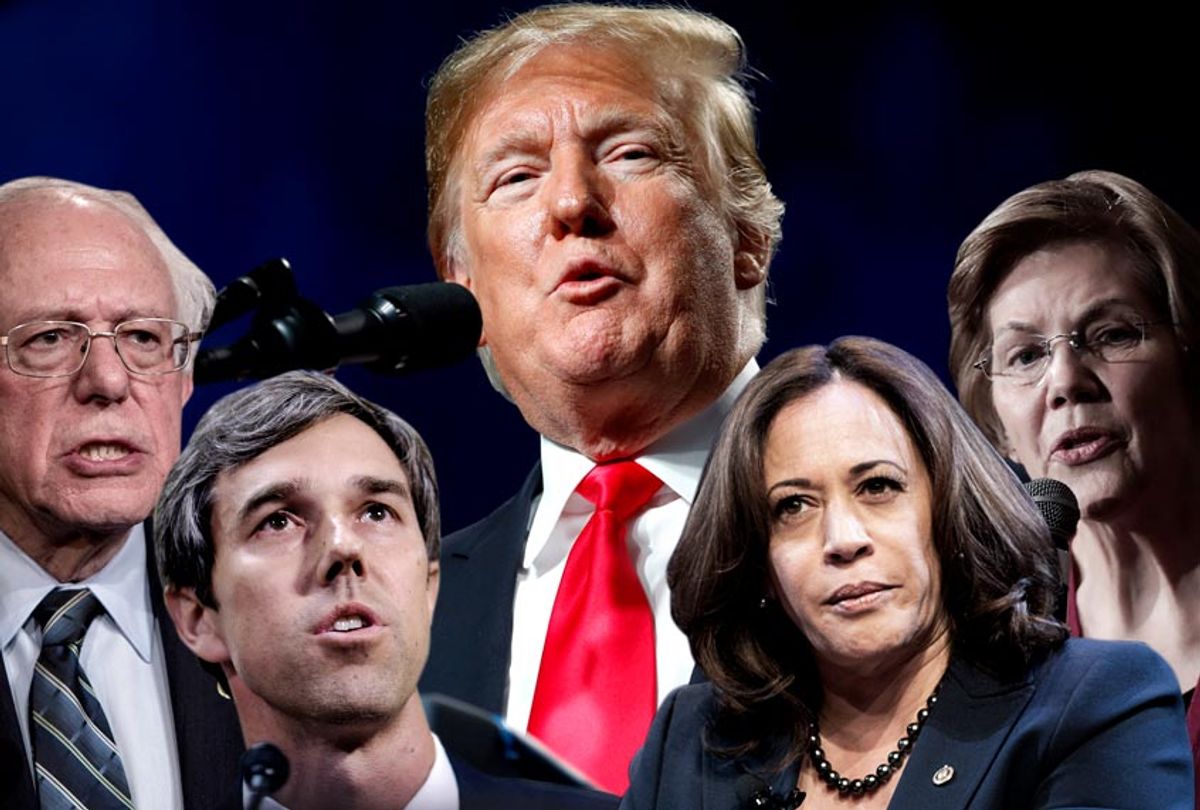 On Wednesday, POLITICO reported that several politicians floated as challengers to President Donald Trump are being targeted by a “sustained and ongoing” propaganda campaign on social media designed to divide the Democratic Party — possibly of foreign origin.

The most aggressively targeted figures are Sens. Kamala Harris (D-CA), Elizabeth Warren (D-MA), and Bernie Sanders (I-VT), all of whom are running for president in 2020, as well as former Rep. Beto O’Rourke (D-TX), who is currently deciding between running for president and a second campaign for Senate. All of them are being targeted on Twitter and other platforms, with the apparent goal of damaging their reputations before the primary can begin:

The cyber propaganda — which frequently picks at the rawest, most sensitive issues in public discourse — is being pushed across a variety of platforms and with a more insidious approach than in the 2016 presidential election, when online attacks designed to polarize and mislead voters first surfaced on a massive scale.

Recent posts that have received widespread dissemination include racially inflammatory memes and messaging involving Harris, O’Rourke and Warren. In Warren’s case, a false narrative surfaced alleging that a blackface doll appeared on a kitchen cabinet in the background of the senator’s New Year’s Eve Instagram livestream.

According to information analyzed by Guardians.ai on behalf of POLITICO, much of the activity around these candidates on Twitter is being driven by 200 accounts, both organic and likely automated — during a recent 30 day period, these accounts were responsible for 2 to 15 percent of all mentions of these four politicians on the site.

The most targeted politician seems to have been Harris, who is currently the tentative frontrunner in polls of declared candidates. She has been subject to a barrage of sexist attacks on her youthful relationship with former San Francisco Mayor Willie Brown.

If this activity is part of a disinformation campaign by foreign state actors, it would not be the first time. There is strong evidence that Russia created several of the accounts in 2016 that were responsible for spreading rhetoric meant to divide supporters of Hillary Clinton and Bernie Sanders, who had very similar platforms but ended up in a toxic primary battle that left Clinton wounded ahead of the general election. Moreover, there is a consensus that the stolen Democratic emails distributed through WikiLeaks and propagandized out of context in the 2016 cycle originated with Russian hackers.

But that is not the whole story, because at least some of the energy to poison the primaries appears to be coming from fringe troll sites like 4chan and 8chan, where users have taken up explicit calls to attack Democratic candidates from the left (one user explicitly told fellow posters to spread information about how Warren was a Republican until 1996). It is unclear how many of these users are foreign state actors from places like Russia or Iran, versus organic right-wing activists in the United States, but data experts believe it is a mixture of the two.

It is clear that social media is still a place where toxic attacks and partisan propaganda can spread rapidly — and those who make it a part of their media diet should be on guard.