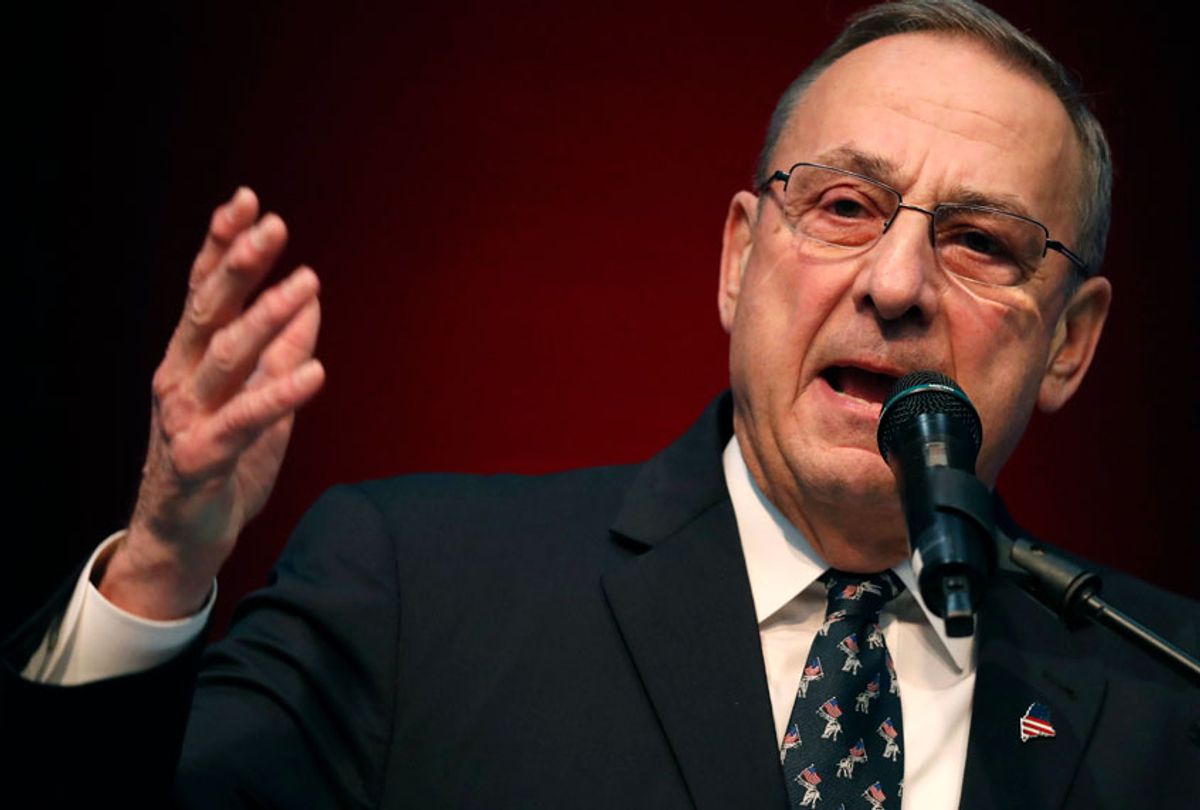 Former Maine Gov. Paul LePage and his administration spent at least $22,000 in taxpayer dollars on rooms at President Trump’s Washington hotel, according to an investigation by the Portland Press Herald and Maine Sunday Telegram.

Documents obtained by the outlets show that LePage and his staff paid between $362 to $1,100 per room at the president’s D.C. hotel, paying for 40 rooms in total over a two-year period.

LePage also spent hundreds of dollars on filet mignon and other pricey menu items at the Trump hotel restaurant while in town to meet with members of Trump’s administration or members of Congress.

The Trump hotel expenditures were so high that they were flagged by the state controller’s office.

“The reason I am asking is because the Governor and some of his staff are staying in Washington, D.C. pretty frequently at the Trump International Hotel and the room cost is WAY more than the allowed amount,” an employee wrote to Deputy Controller Shirley Browne in June 2017. “He is not attending a conference of any type but is meeting with the President, testifying, meeting with lawmakers and others, etc. so the normal exemptions (to state spending limits) do not apply.”

The email to Browne and more than 2,000 pages of documents were obtained two years after reporters filed a Freedom of Access Act request, with which LePage refused to comply until the records were released after he finally left office in January.

In total, LePage and his staff spent about $170,000 on out-of-state travel between 2017 and early 2019. Organizations whose events were attended reimbursed the state for about $37,000 of those expenses.

LePage’s predecessor as governor, Democrat John Baldacci, spent about $45,000 on out-of-state travel in his last two years, including $9,524 on hotel stays.

LePage’s stays at Trump’s hotel had already come under scrutiny by attorneys general in Maryland and the District of Columbia, who filed a lawsuit against Trump accusing him of illegally profiting from the presidency through his hotel.

Maryland Attorney General Brian Frosh filed a subpoena for LePage’s travel documents in December, and a judge cited LePage's stays at the Trump hotel in his decision to allow the lawsuit to proceed.

“Leaving aside how Maine’s citizens may have felt about the propriety of their Governor living large at the Hotel while on official business in Washington, the fact that States, other than Maryland or the District of Columbia (while, not a State) might patronize the Hotel while on official business rather clearly suggests that Maryland and the District of Columbia may very well feel themselves obliged, i.e., coerced, to patronize the Hotel in order to help them obtain federal favors,” U.S. District Judge Peter Messitte wrote last year.

The Press Herald reported that LePage called the judge an “imbecile” for claiming he “could buy the president so cheap.” State records show that LePage and his staff dropped about $4,500 at Trump’s hotel just a month after that.

After the trips, multiple LePage staff members and members of his gubernatorial cabinet were appointed to positions in the Trump administration.

LePage is just one of many people doing business with the Trump administration who appear to have tried to get on the president’s good side by staying at his ritzy hotel.

This news all comes after the inspector general of the General Services Administration, which allowed the Trump Organization to keep its lease on the Old Post Office building after Trump became president, said the decision had “ignored” the Constitution.

The inspector general report said “all” the lawyers involved in the deal had agreed early on that the Old Post Office lease "was a possible violation of the Constitution’s Emoluments Clauses.”

“[Lawyers] decided to ignore the constitutional issues,” the report said, “without preparing a formal decision memorandum to document the rationale for the position they were taking.”