Southwest Airlines mechanics are worried the planes are falling apart

Mechanics say that Southwest is threatening them for reporting safety concerns; the airline covers its ears 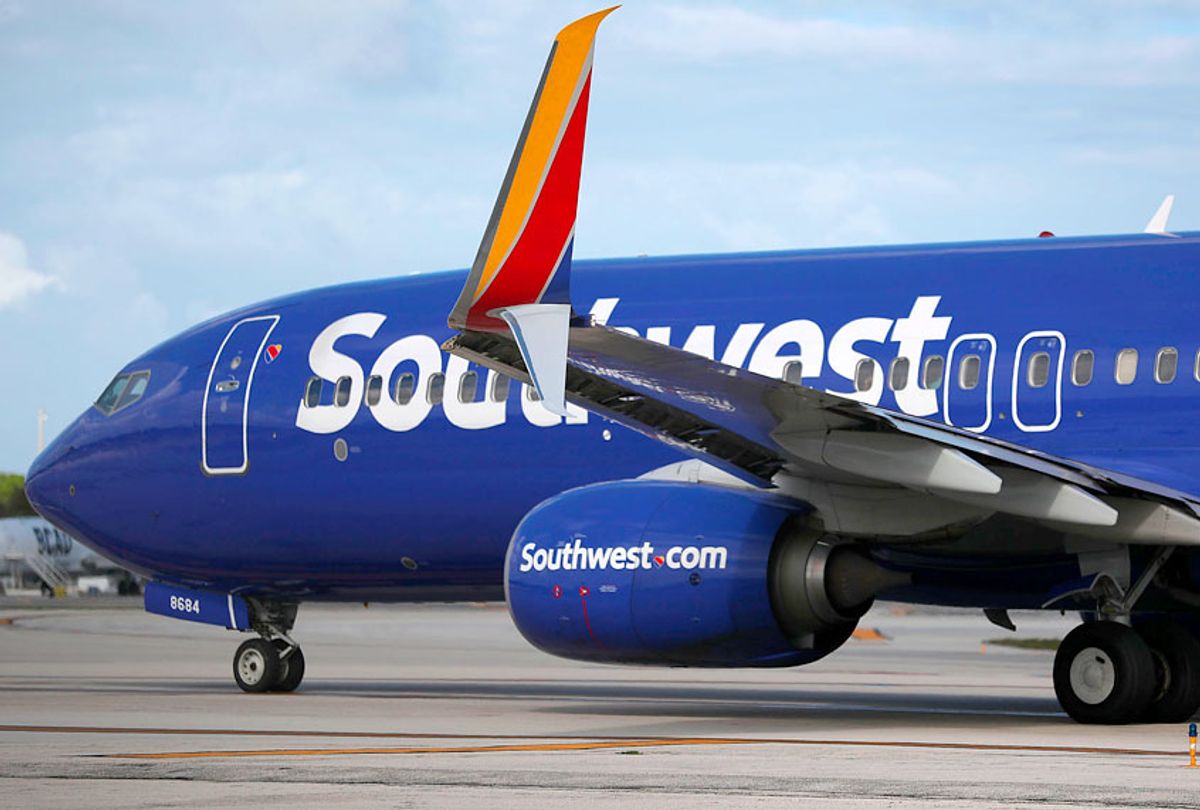 Southwest Airlines' announcement today of an "operational emergency", in which the company grounded and cancelled a huge number of flights, may have come as a surprise to the general public. But anyone who has been following six years of alarm-blaring over safety issues from the corporations' mechanics union, the Aircraft Mechanics Fraternal Association (AMFA), Southwest's so-called emergency was a long time coming; indeed, mechanics in the union say they have been raising safety concerns since 2015.

This week's operational emergency required Southwest to pull more than 40 of an estimated 750aircraft at four Southwest locations. Southwest declared the emergency after negotiations between the union and the airline, though it follows a CBS investigation in which the news outlet interviewed 26 airline mechanics at both Southwest and American Airlines, all of whom shared anecdotes about being pressured not to report potential safety problems by management. Specifically, the mechanics told CBS that airline management pushed them to overlook safety problems, which they protested. In response, they said they have had to endure threats and intimidation tactics by supervisors for reporting safety concerns, all for the sake of getting aircrafts back into service faster. Their claims, as noted by CBS, had been backed up by Federal Aviation Administration whistleblower complaints.

These negotiations between the union and Southwest culminated in this week’s public relations mess for the company. In public statements, the airline has attempted to depict the union, which represents over 2,700 mechanics who work on Boeing 737 aircrafts, as a scapegoat for its unusually high number of out-of-service aircrafts, delays and cancellations. In a statement made by Southwest Airlines Chief Operating Officer Mike Van de Ven on Tuesday, Van de Ven called the union disruptive, and not so subtly linked the “emergency” to recent negotiations.

“AMFA has a history of work disruptions, and Southwest has two pending lawsuits against the union,” he said. “We apologize to our Customers who have been inconvenienced by this disruption.”

Earl Clark, AMFA’s region 1 director, told Salon the airlines casting blame on the union won’t help either party get to a solution — to secure an environment that fosters and supports safety, in Clark's words.

“We can start throwing arrows back and forth, but that isn’t going to get us where we need to be with the problem: who is the grown adult here? They are a major company,” Clark said, adding that he is not sure what constitutes as an “operational emergency” for the corporation anyway. “There have been major incidents in the past,” he said, referring to one where a plane's engine exploded and killed a passenger last year, which did not result in the corporation declaring an operational emergency.

These are issues mechanics in AMFA brought to the negotiation table in 2015, Clark said.

“It is not something that is new,” he said. “Back in 2015 the union brought to the carrier concerns of safety and were blown off. That was 2015, and now here we are now in 2019 with aging aircrafts, and tired mechanics that are done with being intimidated.”

Clark told Salon that Southwest Airlines has, on average, only 3.3 mechanics per aircraft, and that Delta and American usually run about 11 or 12 per aircraft.

When asked if Salon could speak with union members who worked for Southwest, the union director noted that would be difficult for them to speak publicly, as there could be "repercussions” from the airlines on those mechanics. The union and Southwest have been negotiating “in good faith" for six years, he said, noting that the technicians have not received a pay raise in that time, either.

What happens next is unclear, though both parties say they want to work with each other. Coincidentally, on Thursday, a Southwest Airlines aircraft made an emergency landing after reports of a blown-out tire.  The blow-out seemed to epitomize the mechanic's concerns, which included bald tires; though Bret Oestreich, the union's national director, told Salon he is not sure if the operational emergency is related to what could fairly be described as a  casual attitude regarding safety on the part of Southwest's management. "Too many metrics to speculate," he said.