Australia is a land of firsts: First life, first burger with beetroot and pineapple

Here is a burger worth enduring a lecture about 4.3 billion year-old zircon crystals for 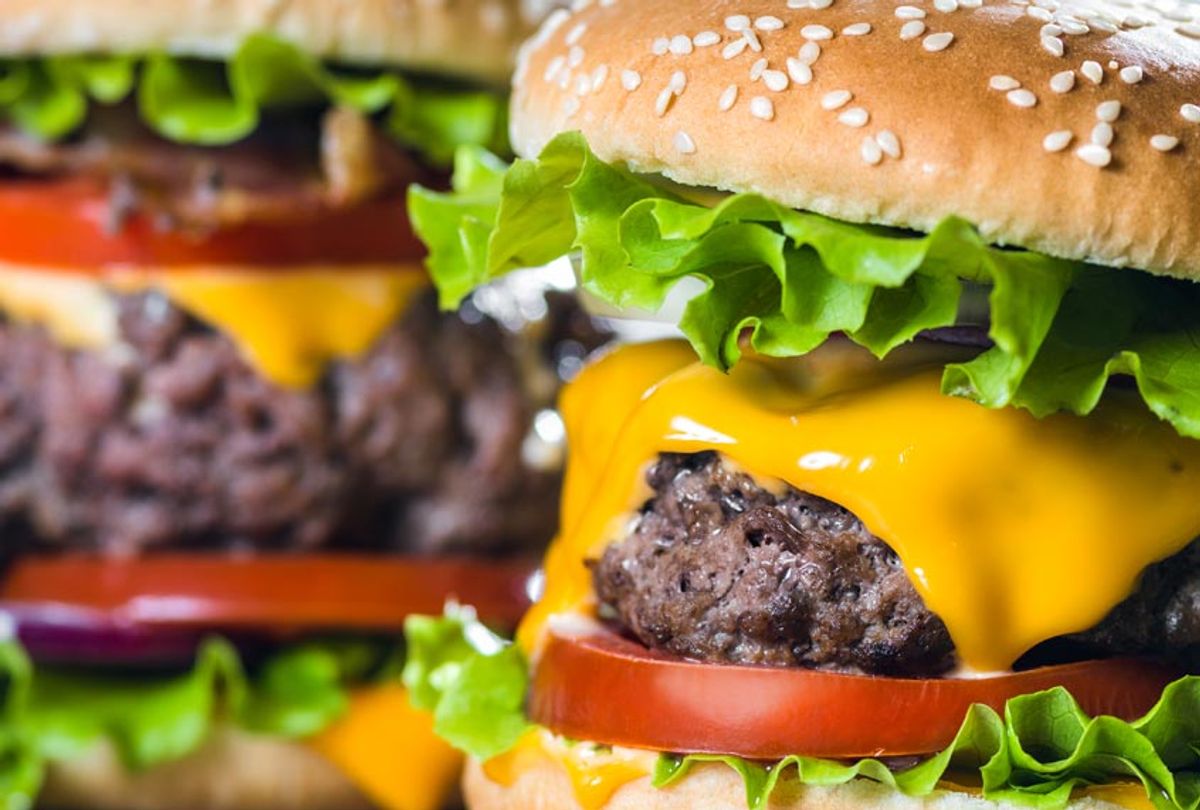 I was about to hold the oldest thing ever found on earth. I had been anticipating this for the last four weeks which was how long I had been driving across Australia to get to this very moment. Wait, I take that back. I had been anticipating this moment since the day my husband, keeper and dispenser of all things scientific, said to me, "You're going to see a zircon crystal!” Not something you hear every day, especially when you have no clue what a zircon is.

"It's hard to imagine how you won’t. You are working on a film about geology."

It was true I was. But the working part was a bit of a stretch. I was going to help out an old friend finish his film about geology, in exchange for not getting paid, I would get a trip across Australia and get to cook every single meal. Seemed a fair bargain.

"So then are zircons thick on the ground?"

"Hardly," said Charles. "Only a few small samples have been found in the Jack Hills mountains."

I slunk back off into the kitchen then. I was the one who was about to go to the bottom of the world, and the only research I had done was to google, "Best Chinese Restaurant in Sydney." Then I thought why read some boring old Wikipedia entry when I have this wonderfully chatty science freak in the house! That night lying in bed I casually turned to him.

"As old as the earth or nearly. Let's see the earth is 4.5 billion years old and I think the Jack Hills crystals have clocked in at 4.3."

I knew enough about the Earth's history to know that, well, that whatever you are, you don't get to stick around forever.

Charles was having the same thought. "Imagine how many times some form of living thing has had a tentative toehold only to be wiped out.  And, here's this crystal that survived it all, just riding the wave, literally since, as you know Australia, or that plot of mantle now called Australia, has roamed all over this globe, up to the Arctic, down to the Antarctic, not to mention the very nature of the earth is subduction and rebirth . . . "

At this point I was deeply regretting asking. The last thing I heard as I turned and put a pillow over my head was, “And then there was snowball earth . . . "

Now here I was, in a dingy little office of some geologist at Curtin University in Western Australia looking at a test tube with what was basically a small shard of a rock resting at the bottom.

But the day's thrills weren't over. After we left Curtin University I found myself hanging on for dear life as we barreled down the highway in order to catch of glimpse of Thrombolites before the sun set.

I confess I didn't know what they were either. Husband again. "We're here because of them! Thrombolites are living rocks made up of micro-organisms that peaked 1.5 billion years ago. Their waste, their burps was oxygen. The shallow oceans were full of them, and over time they burped enough to create the very air that we breathe. Without them, single celled organisms would not have been able to make the leap to far more complex creatures."

The sun was getting low in the sky when we pulled off the road and bumped along a dirt track until suddenly the scene opened up and we were on the shores of a large bay. There, stretching as far as the eye could see, were mud gray mounds, slimy looking, truly primordial. What does one say when basically meeting the reason that I, at that moment, could take a deep breath and say, "Wow, I'm hungry."

Naturally, looking at these burping mounds I wondered what they ate. But then I'm always thinking about what things eat. The why’s and the how’s. I have only to look at an artichoke and I am full of admiration for who thought it might make a tasty treat? The other day I was reading about pretzels and how traditionally they are dipped in lye before baking. Lye, a deadly poison which happens to make the crust very crusty. I would love to know the first man to trust that baking would neutralize the toxic alkali that by all rights should be burning his insides out.

There was something about being in Australia that added weight to my idle musings about eating. Hell, you can't step foot in the place and not be in the thrall of time. The Mountains, their exposed striated flanks speak of time. The flat plains hiding remnants of ancient underground seas speak of time. The weird animals molded like nothing else in the world speak of time. And, in all that time things ate.

A week later we began our long drive back to Sydney, and my first encounters with life's and earth's beginnings began to grow in my mind, my own personal religious experience, one I was finally glad to have, being truly irreligious. What awed me was the happenstantial chain of events that led up to the fact of man. There's no escaping now that we've most likely screwed ourselves regarding our time here but as I stared out across the Nullarbor Desert I had the comforting thought that after we are long gone, some other single cell organism might start to burp oxygen all over again and some other, what?, who knows, but that "what" will need to eat. And, that makes me happy.

The first meal I ate upon returning from our expedition was the strangest burger I have ever eaten. I wonder if the Australians created it because they live in a land chock full of firsts and lasts so why not cram everything you can think of between a bun.

Also, Australian beef tastes very different from ours. While I was there I  got in the habit of adding a bit of sour creme and egg yolk to the meat —an idea stolen from Julia Child. Once home, I just kept up the habit with all my burgers.

4 slices of cheese, American, or Cheddar

4 large slices of beetroot (beets) if using roasted. If raw, grate the beet

Cut the hamburger roll in half and butter both halves.

Toast  both bun halves on the grill.

Grill the bacon rashers, and the onion.

Grill the meat, lightly pressing down and add cheese on top.

Serve immediately. And, good luck trying to eat it neatly.