Proposed camp at Texas air force base designed to hold up to 7,500 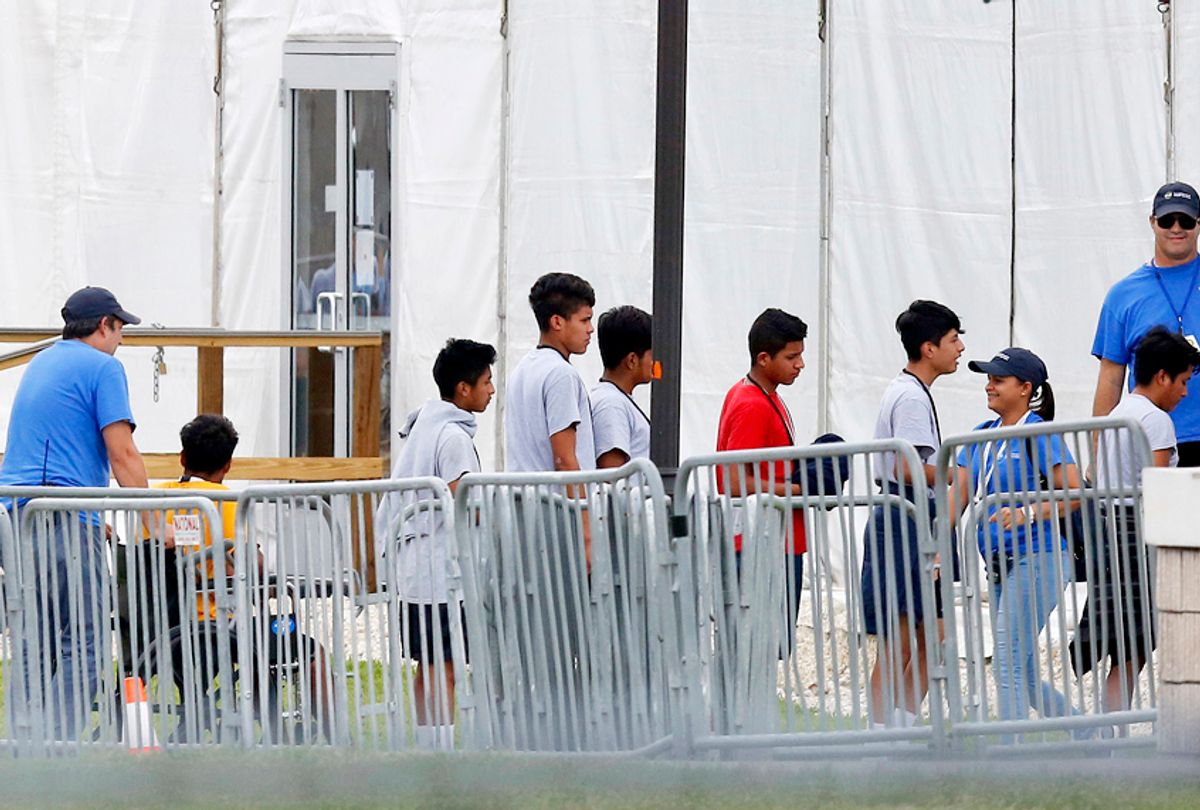 The Trump administration has drawn up plans for another tent city for migrant children in Texas that would hold up to 7,500 children in a camp built on or next to a former dump and not far from Superfund sites.

The 70-acre camp at Goodfellow Air Force Base in San Angelo in West Texas would be similar to the infamous camp in the border town of Tornillo that closed in January. Gregg Gnipp, a commander in the U.S. Public Health Service, is overseeing this for our nation’s health agency, according to planning documents.

“Public records show the migrant children’s housing site proposed for Goodfellow will be built atop a former landfill, in an area riddled with lead, benzene, and other chemicals particularly hazardous to children,” said Lisa Evans, an attorney forEarthjustice.

A health department spokesman said the Goodfellow site and other proposed sites in Arkansas and Texas are not under active consideration at this time.

Our nation’s only temporary camp for immigrant children is now in Homestead, Fla., near another Air Force Base. State child welfare regulations don’t apply to the camp.

The Hispanic Federation and other nonprofits sued the U.S. Army in federal court in August to try to get more documents about Goodfellow. The lawsuit is pending.

David Lang, a former hydrologist with the EPA’s Superfund program, studied documents that were available and recommended that residential housing not be built on top of the landfill until more studies are done.

Toxic chemicals, fuel and other waste were buried from 1970 to 1982 in a series of trenches in the 37-acre landfill in the southeast corner of the Air Force Base. The landfill was not properly closed by today’s standards.

Another area of the base was named a Superfund site in 2002 because of high levels of carbon tetrachloride which can cause liver and kidney damage. Much of the contamination was removed, and the Air Force has removed monitoring wells where the children’s camp would be built.

A former firing range was contaminated with lead which can cause brain damage and stunt growth. Soil from the firing range has been removed, but it is unclear if what is left is safe for children, according to Lang. There is no known safe level of lead in the body.

Children, whose organs are still developing, are more vulnerable to chemical poisoning than adults. Current evaluations when setting health and risk limits compare adverse health effects to a 70-kilogram  man.