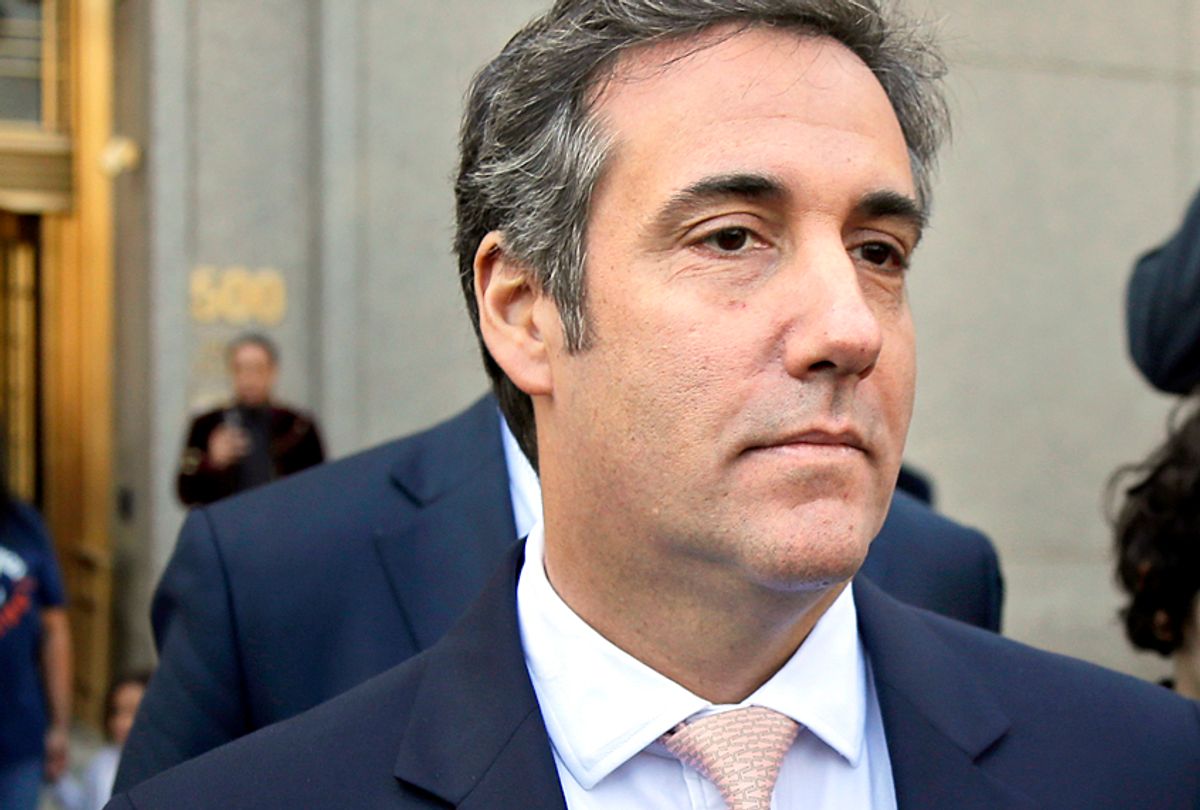 Convicted perjurer Michael Cohen’s testimony next week at a congressional hearing promises to be a political spectacle.

But Cohen’s appearance may not actually be legitimate under congressional rules.

In Cohen’s case, the Government Oversight and Reform Committee’s description of the issues it will explore in his hearing include “the President’s debts and payments relating to efforts to influence the 2016 election … the President’s compliance with campaign finance laws…the President’s business practices …” even the “accuracy of the President’s public statements.”

These subjects have nothing to do with the committee’s jurisdiction. The committee’s role is to investigate the “overall economy and efficiency and management of government operations and activities.”

While Congress does have authority to pursue any “subject on which legislation can be had” as well as inquiries into “fraud, waste and abuse” in government programs, that power is not unlimited.

As a former counsel for the House of Representatives from 1976 to 1983, I believe the Cohen hearing’s broad range of subjects go far beyond the jurisdiction of the committee.

In my view, that makes this a show hearing, not a legitimate exercise of the committee’s duties.

Power of the state
Cohen is appearing willingly, almost enthusiastically, before the Government Oversight and Reform Committee.

But for many witnesses subpoenaed by congressional committees, their appearance is a fraught and frightening experience full of legal jeopardy, where they face interrogation by a committee of some of the most powerful men and women in the nation.

The seemingly all-encompassing power of Congress to investigate has been the subject of numerous Supreme Court and lower federal court rulings that attempt to limit the power of these government committees against individual witnesses. The rulings ensure that witnesses facing such awesome government power are protected by the Constitution’s guarantee of due process.

The means the courts have insisted on strict adherence by members of Congress to the rules that circumscribe committee jurisdictions.

Maintaining this balance – of the need for investigations versus protection of individual rights – is the legal challenge facing the now Democratically controlled House as it embarks on an array of investigations into the Trump administration.

But is it legitimate for Congress to hold such show hearings? Serious questions are raised by Supreme Court precedents issued during the Red Scare era about the authority of Congress to pursue investigations that may have a political point, but which they do not have the actual authority to conduct.

Grandstanding or public interest?
According to Republicans on the committee, Cohen’s lawyer told them he “picked this committee” to tell his “story” which would include “anecdotes about his time with the President.”

The power granted to Congress in Article I of the Constitution – “all legislative powers therein shall be vested in Congress” – means that its inquiries must aid in the achievement of a legislative purpose.

But the president’s business practices or his campaign finance activities simply are outside the scope – government operations and activities – of the committee that will hear Cohen’s testimony. The House rules give jurisdiction over federal elections and campaign finance to the Committee on House Administration. Other committees could have jurisdiction to hear testimony on the president’s business practices.

In addition, the courts have ruled that questions asked in a committee hearing must be “pertinent” to the subject under investigation. They shouldn’t be fishing expeditions for tangential, unrelated matters. And because the stakes are so high – a witness can go to jail for up to one year for contempt of Congress or potentially longer for perjury or false statements – that pertinence must be shown with a “degree of explicitness and clarity.”

Numerous cases from the 1950s and 1960s show how tough the court’s limits are about who can be compelled to testify in front of Congress and on which subjects.

In one case, a Senate committee whose jurisdiction was the “economy and efficiency of those doing government work” (a jurisdiction almost identical the House Committee in the Cohen case) summoned a defense contractor in connection with its hearings into communist infiltration of the defense industry.

The contractor refused to testify. He was convicted of contempt. But on appeal, the court ruled that the Senate committee’s charge to study the “economy and efficiency of doing government work” did not extend to independent defense contractors.

The court said that “private operation of private industry is not activity performed by the government” and reversed the conviction.

In another case, a Cornell professor was subpoenaed to testify before the House Un-American Activities Committee in Washington. He refused to name people with whom he had engaged in communist party activities at Cornell and in Ithaca. He was convicted of contempt of Congress.

The professor appealed, and the Supreme Court ruled that he was not guilty. Why? Because the questions he had refused to answer from the committee were not “pertinent to the subject under inquiry,” which was communist infiltration in Albany – not Ithaca, which is 140 miles away.

This is the strict level of specificity imposed by the courts in enforcing congressional subpoenas, where 140 miles can make the difference between jail and freedom.

No inquiry an end in itself
In Cohen’s case, just how does his testimony to the Government Oversight and Reform Committee on his experience working for Donald Trump relate to government activities?

There’s one more problem that argues against Cohen’s testimony.

In a 1957 case, the Supreme Court held that Congress has “no general authority to expose the private affairs of individuals without justification in terms of the functions of Congress. … Nor is Congress a law enforcement or trial agency.”

The 1957 opinion continues: “No inquiry is an end in itself; it must be related to and in furtherance of a legitimate task of Congress.”

As the House moved forward to investigate legitimate areas of oversight, it needs to carefully frame its pursuit of these subjects in a way that satisfies the requirements laid down by the courts.

That’s something it does not appear to have done in the Cohen case.