The self-described democratic socialist has reportedly spent at least $342,000 on private flights since 2016 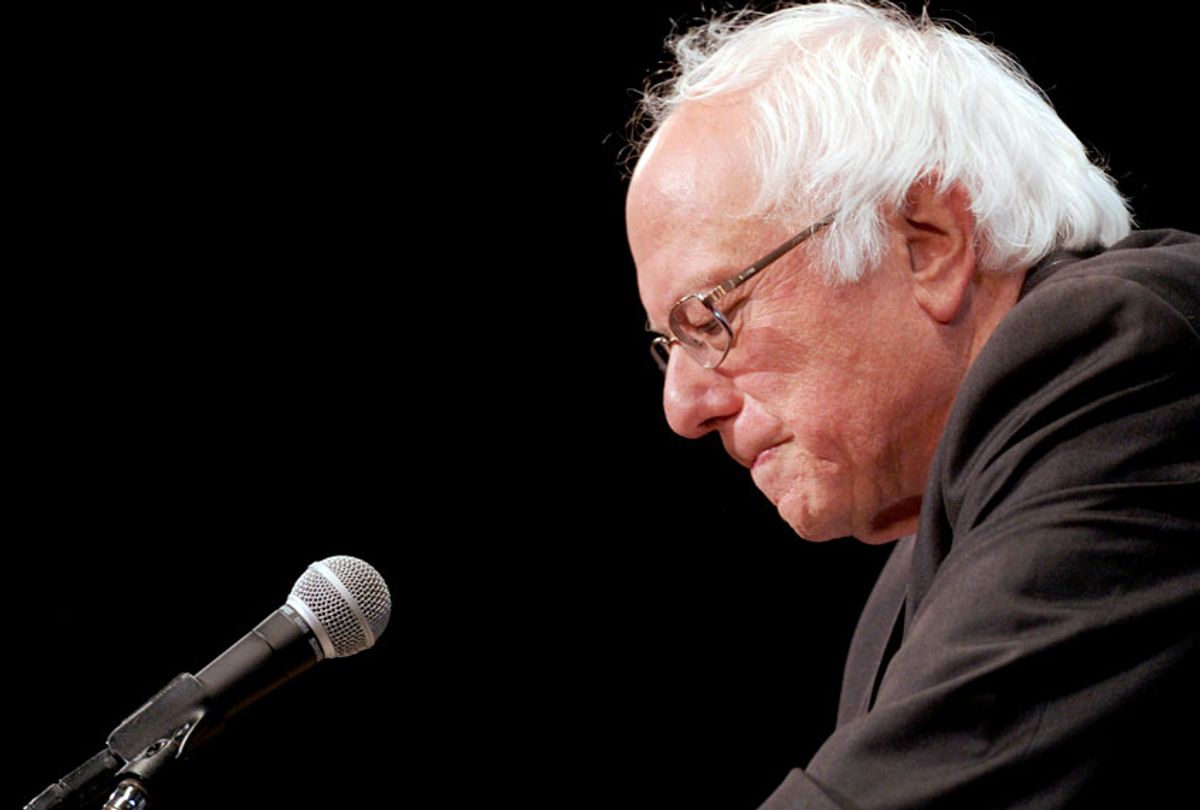 Sen. Bernie Sanders (I-Vt.) is coming under intense scrutiny by former Hillary Clinton staffers for his use of private jets, Politico reported Monday.

Sanders, who recently declared his second bid for the Democratic presidential nomination for 2020, reportedly made repeated requests to use private jets for him and his staff while he served as a campaign surrogate for Clinton during the 2016 presidential campaign.

According to the news outlet, the self-described democratic socialist has spent at least $342,000 on private flights since 2016. This method of travel is seemingly at odds with Sanders' political positions on both climate change and extreme wealth.

"I'm not shocked that while thousands of volunteers braved the heat and cold to knock on doors until their fingers bled in a desperate effort to stop Donald Trump, his Royal Majesty King Bernie Sanders would only deign to leave his plush D.C. office or his brand new second home on the lake if he was flown around on a cushy private jet like a billionaire master of the universe," Zac Petkanas, who was the director of rapid response for the Clinton campaign, told Politico.

Sanders's request for private jets reportedly emerged as a point of conflict between the independent senator and the Clinton campaign, six former Clinton aides and one other person familiar with the Vermont lawmaker's travel told Politico.

"We would try to fight it as much as possible because of cost and availability of planes, but they would request [a jet] every time," one of those sources said. "We would always try to push for commercial . . . At the campaign, you’re constantly trying to save like 25 cents."

Before figuring out Sanders's travel plans "our working assumption was that 90 percent of the time it would be commercial," another person familiar with the matter told Politico. "If he was trying to hop from city to city in a particular state and [commercial] didn't work, we were open to" chartering a plane.

Sanders spokesperson Arianna Jones told Politico that the chartered flights were needed to get to as many locations as quickly as possible. She noted that Sanders held 39 rallies in 13 states on behalf of Clinton's campaign, including 17 events in 11 states in the last week alone.

"That's why chartered flights were used: to make sure Sen. Sanders could get to as many locations as quickly as possible in the effort to help the Democratic ticket defeat Donald Trump," Jones said. "Sen. Sanders campaigned so aggressively for Secretary Clinton, at such a grueling pace, it became a story unto itself, setting the model for how a former opponent can support a nominee in a general election."

Asked if Sanders would fly private his 2020 campaign, Jones said he "will be flying commercial whenever possible. The campaign will consider the use of charter flights based on a variety of factors, including security requirements, logistics and media interest in traveling with the senator."

Rania Batrice, who served as Sanders’s deputy campaign manager at the end of his 2016 campaign, told the news outlet that "at no point did I ever say, 'He has to have a private plane for the sake of having a private plane'" when discussing campaign travel with the Clinton campaign.

"Bernie worked his ass off on behalf of Hillary Clinton and the campaign," Batrice added.

Additionally, one longtime Democratic operative who oversaw surrogates for past presidential campaigns told Politico that providing private planes is standard practice for the most important surrogate in a general election.