From Robert Kraft to Jeffrey Epstein to R. Kelly, powerful men are finally being held accountable for sex abuse 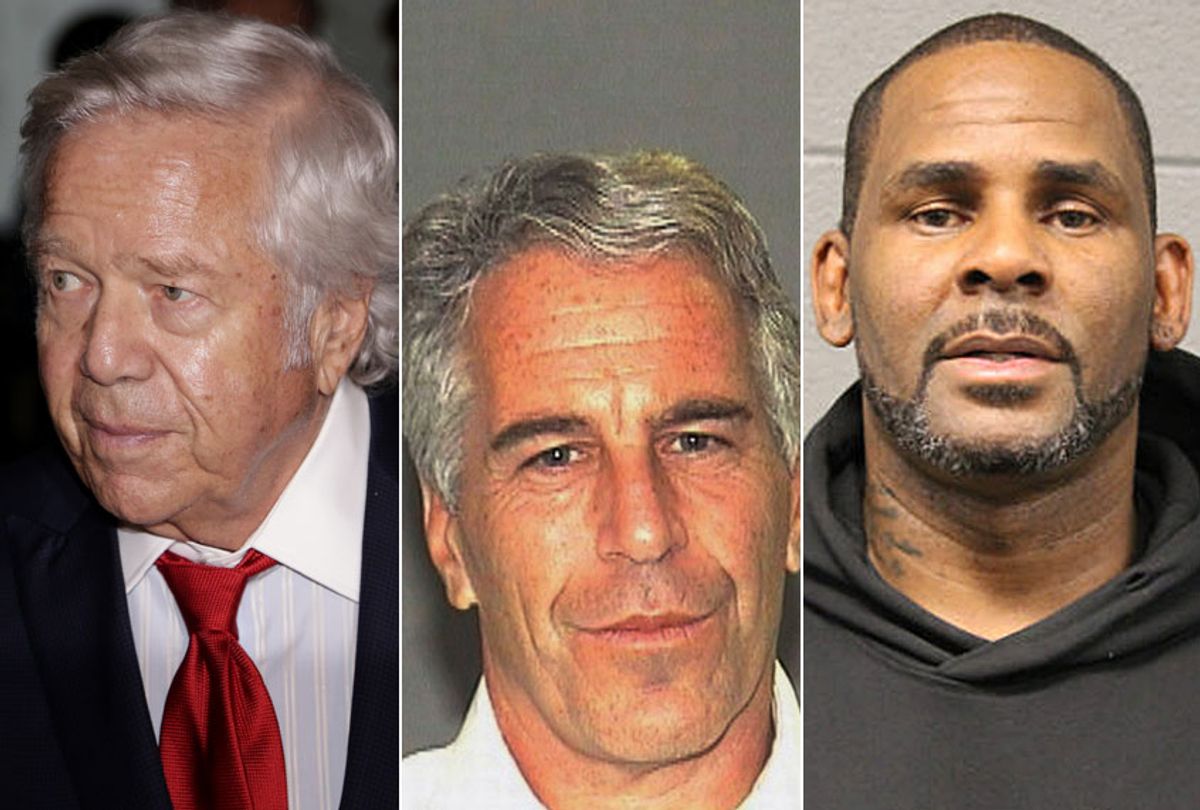 Between New England Patriots owner Robert Kraft being charged with soliciting sex at a massage parlor, the re-evaluation of Jeffrey Epstein's sex trafficking case, R. Kelly being charged with 10 counts of aggravated criminal sexual abuse after years of rumor and reporting, and a former high-powered CAA sports agent being accused of sexual harassment against a female employee, multiple sex scandals emerged last week with powerful men at their centers.

The notion that powerful men use their positions to take advantage of women (and sometimes other men) in ways ranging from unsavory to criminal is nothing new. Yet we seem to be living in a cultural moment when this abuse is no longer being swept under the carpet and the powerful are being held accountable. Or are they?

In this episode of “The Amen Corner” podcast we discuss the details of each case and why this behavior persisted for years or decades while the world turned a blind eye.

First, let’s look at the Jeffrey Epstein case. Epstein, a billionaire hedge fund manager, pled guilty in 2008 to abusing dozens of underage girls (he was actually running a sex ring of teenagers for himself and his rich buddies). Epstein received essentially a slap on the wrist from Alex Acosta, who was then U.S. attorney for the Southern District of Florida and is now the secretary of labor. It’s worth mentioning that Epstein had some powerful friends, including President Trump and former President Bill Clinton.

As far as accountability goes, there is no way that Kraft gets more than a slap on the wrist from the NFL. The billionaire class doesn’t like the idea of punishing its own. At least now there’s some hope that the gross, and possibly criminal, miscarriage of justice in the Epstein case may be overturned, thanks to a decision last week by a federal judge in a civil lawsuit brought by several of Epstein’s victims.

Yet the question remains: Why isn’t there a greater outcry by Republicans for Acosta to step down? Where is Mr. Christian Morality himself, Vice President Mike Pence? The silence on the right, as usual, is deafening. As with the accusations against Harvey Weinstein, there are often too many enablers who will do anything to avoid killing the goose that’s laying their golden egg.

Until we as a society decide that morality trumps profitability, the weak and dependent will always think twice before speaking truth about power. Let’s hope that this day is coming.

To hear our discussion and more, listen to Season 3, Episode 23 of The Amen Corner.