Is climate change the cause of the weird new winds thundering around the globe endangering airline passengers? 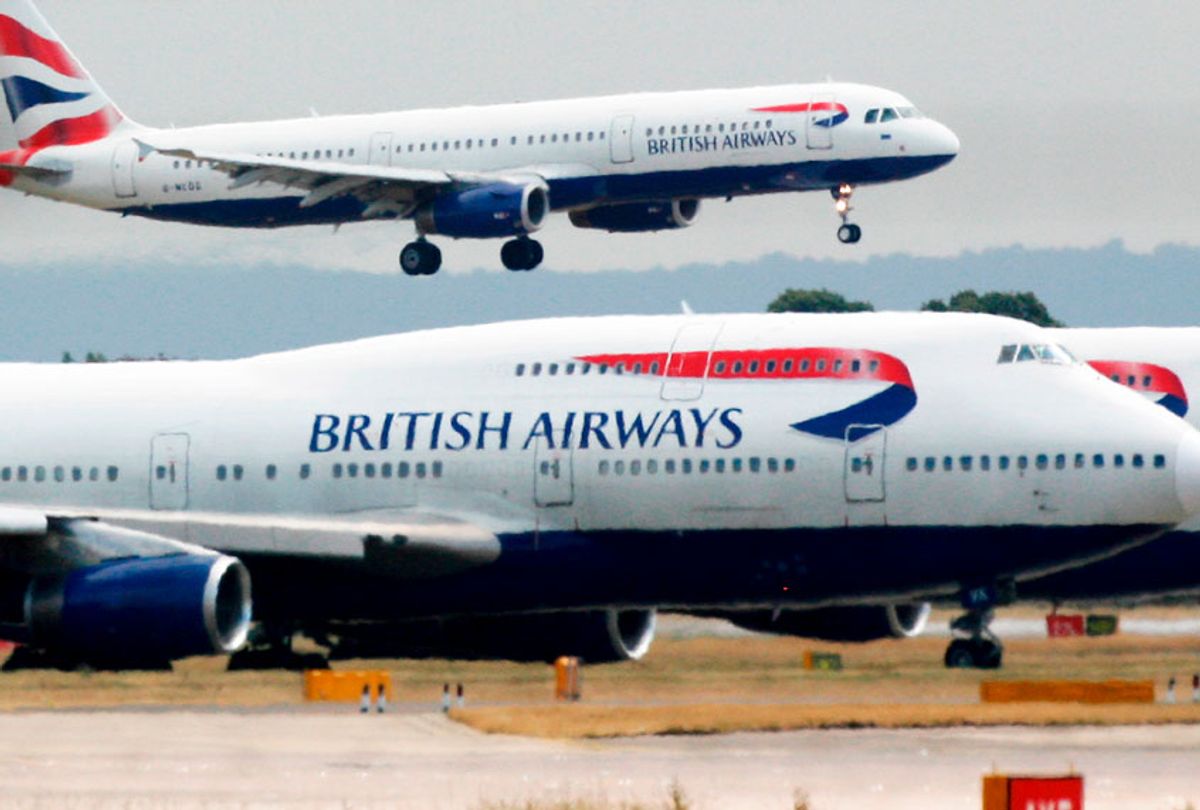 Ultra-fast tailwinds, odd landings and jetstream oddities have been in the news in the past week — prompting questions as to if, or how, these strange  global aviation events are related.

First, a flight from Los Angeles to London clocked in at 801 miles per hour, 35,000 feet over Pennsylvania last Monday evening — faster than the speed of sound relative to the ground. (Interestingly, that flight did not break the sound barrier, because relative to the 230 mph windspeed, it was not going faster than the 767 mph speed of sound.) A commercial pilot on Twitter said he had “never ever seen this kind of tailwind.”

Then, this week, on February 25, video footage of British Airways Flight 492 from London en route to Gibraltar showed the aircraft bobbing back and forth like a capsizing boat during its final descent. It ended up having to make an emergency landing in Malaga.

“Due to strong winds in the Gibraltar area, our pilots decided to land in Malaga as a precaution,” Chip Garner, a spokesperson for British Airways, told Salon. (Watch an observer's video at the Twitter link below.)

In the case of the Virgin Atlantic flight from L.A. to London, the flight essentially hitched a ride with a powerful jet stream. Nobody was injured nor was an emergency landing was made, but it did appear to set a record for a Boeing 787-9 twin jet. It also arrived 48 minutes early.

Strong winds and intense tailwinds are a common theme regarding these events, but are they related to each other? Patrick Smith, a pilot, host of askthepilot.com and former Salon columnist, told Salon that the answer was complicated.

“Jet streams are very high altitude rivers of fast moving air, and anything that would affect a commercial plane taking off or landing would be low level winds,” Smith said. “Having said that, recently in these parts there have been extreme winds, in both cases at higher altitudes and lower to the ground. . . .  those things are related in that it is winter and certain patterns can combine these things at the same time, but that isn’t always how it works and they aren’t necessarily related.”

As Smith explained, jet streams are flowing air currents in the atmospheres of various planets, including Earth, where they move from the west to the east, and are strongest in the winter. The Virgin Atlantic flight west-to-east, and are strongest in the winter. While the 801 mph was clocked in at ground speed, it did not surpass the speed of sound because air speed it relative to the air mass around it, Smith said.

“There is no real safety aspect there, the only concern is the logistics of landing when these flights are arriving early,” Smith said.

The jet stream can get high in the winter because of the temperature differences between the north and south. In the case of the Virgin Atlantic flight, Jonathan Leffler, a meteorologist for aviation at the National Weather Center, tells Salon it isn’t the first time an intense jet stream has led to faster travel.

“It is not something that is rare in the winter time,” Leffler told Salon. “I would say over the last six years I have seen a few times where we have seen wind speeds approach 200 knots — that happens, maybe once a season, there is a strong jet speed. I would assume airlines take advantage of that get into tailwind and save on fuel.”

A different wind-related phenomenon was behind the bobbing plane out of Gibraltar. The Washington Post speculates that incident may have been the result of a Kármán vortex street — a pattern of swirling vortices that could have resulted from Gibraltar's unique geography — although no official explanation from British Airways has been provided. Another plausible cause could have been mountain waves, a phenomenon in which the undulating wind currents from a nearby mountain continue in the same pattern as one moves away from elevation.

Though the two events might not be individually causally related, the amount of wind energy required to jostle these planes in both incidents suggests that climate change could be a partial culprit. Indeed, extreme weather events — such as heat waves, droughts, floods, and extreme cold — are related to rising global and ocean temperatures, according to many scientists. Likewise, extreme weather events have been expected to intensify and become more persistent. Some scientists have also predicted that midlatitude jet streams might shift poleward in response to changes in greenhouse gas concentration in the atmosphere.

Smith said it is something to consider when it comes to air travel. “It stands to reason that as climate change worsens certain weather patterns will intensify and we probably will see more of these outlier weather events: strong winds, strong turbulence, bigger and more violent storms,” Smith told Salon. “Attributing a particular weather phenomena to climate change, you can’t do that — but the bigger picture and trends over time, that you can.”