Hundreds of Kentucky high school students descended on the Capitol Monday. McConnell wouldn't meet with them 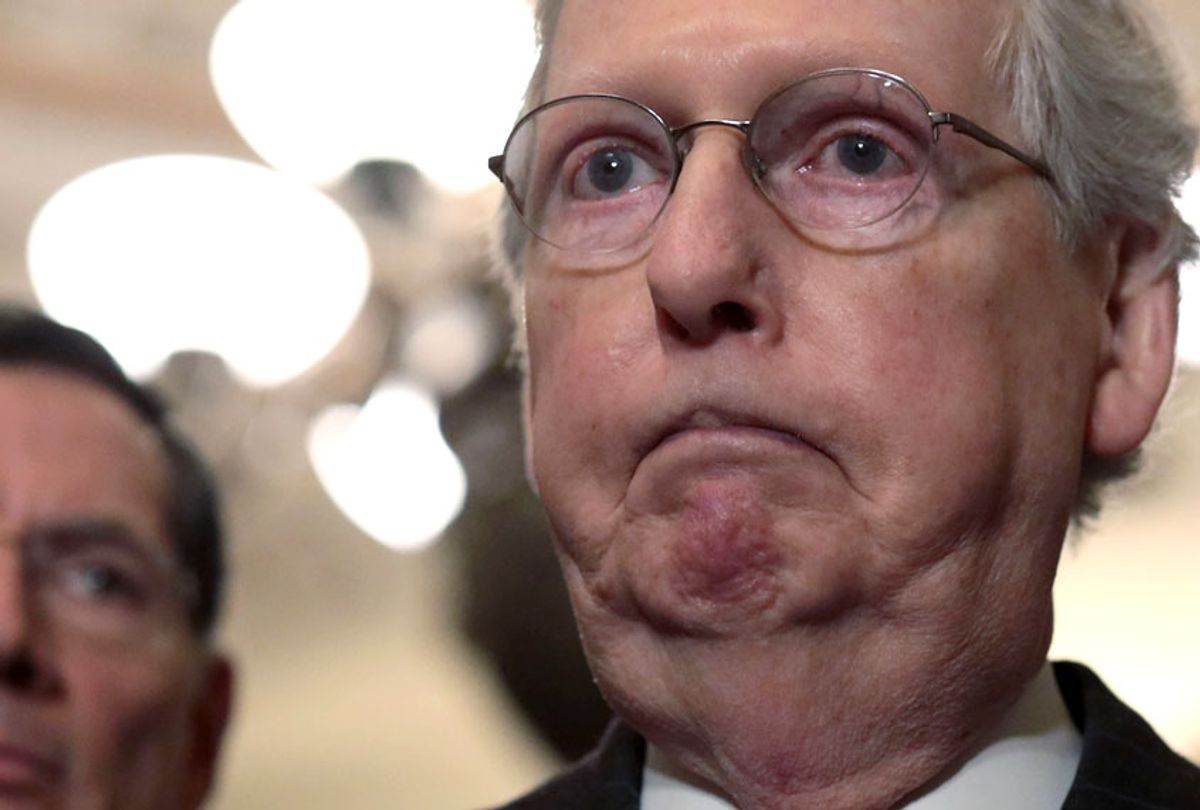 Hundreds of Kentucky high school students and climate campaigners with the youth-led Sunrise Movement descended on the Capitol Hill office of Senate Majority Leader Mitch McConnell on Monday to deliver 100,000 petition signatures and stage a sit-in to make clear to lawmakers that young people want a Green New Deal for their communities and futures.

For calling on McConnell to heed public demands for federal lawmakers to pass policies that will phase out fossil fuels and combat the global climate crisis while also creating green jobs and a more just economy, more than 40 demonstrators were arrested:

As recent polling shows more than 80 percent of Americans back key elements of the Green New Deal put forth by Rep. Alexandria Ocasio-Cortez, D-N.Y., and Sen. Ed Markey, D-Mass., the mobilization to increase pressure on McConnell comes after the majority leader announced last week that he plans to rush a floor vote on the resolution, which critics denounced as a ploy to fuel divisions in the Democratic Party.

"Kentucky youth traveled here today because their state needs a Green New Deal. Mitch McConnell's Green New Deal vote is a political stunt to score some points for his wealthy donors," Sunrise Movement executive director Varshini Prakash said in a statement. "We're here to warn him and all senators: if you refuse to back the Green New Deal, young people will remember next time you ask for our votes."

Demonstrators who carried signs that read "Oil & gas $$ or our lives?," "Green New Deal," and "Mitch, Look us in the eyes" as well as supporters posted updates on social media from Monday's demonstration with the hashtags #OilMoneyMitch and #LookUsInTheEyes:

"I am here because people in my community don't have jobs, are starving and turning to opioids and dying," 15-year-old Lily Gardner of Lexington, Kentucky, said in a statement. "Mitch McConnell refuses to do anything about it. His own constituents — high schoolers — have traveled here to meet with him. All we want is for him to put our lives above the interests of his campaign donors."

Both from McConnell's office and outside the Capitol building, the youth demonstrators shared why they felt compelled to visit their senator in Washington — with some pointing to warnings from a recent U.N. report that the international community has about 12 years to pursue "rapid, far-reaching, and unprecedented" systemic changes needed to avert climate catastrophe:

Sen. Jeff Merkley, D-Ore., who is among the scores of co-sponsors of the Green New Deal resolution, voiced support for the sit-in at McConnell's office on Monday, urging the youth climate activists to "keep fighting."