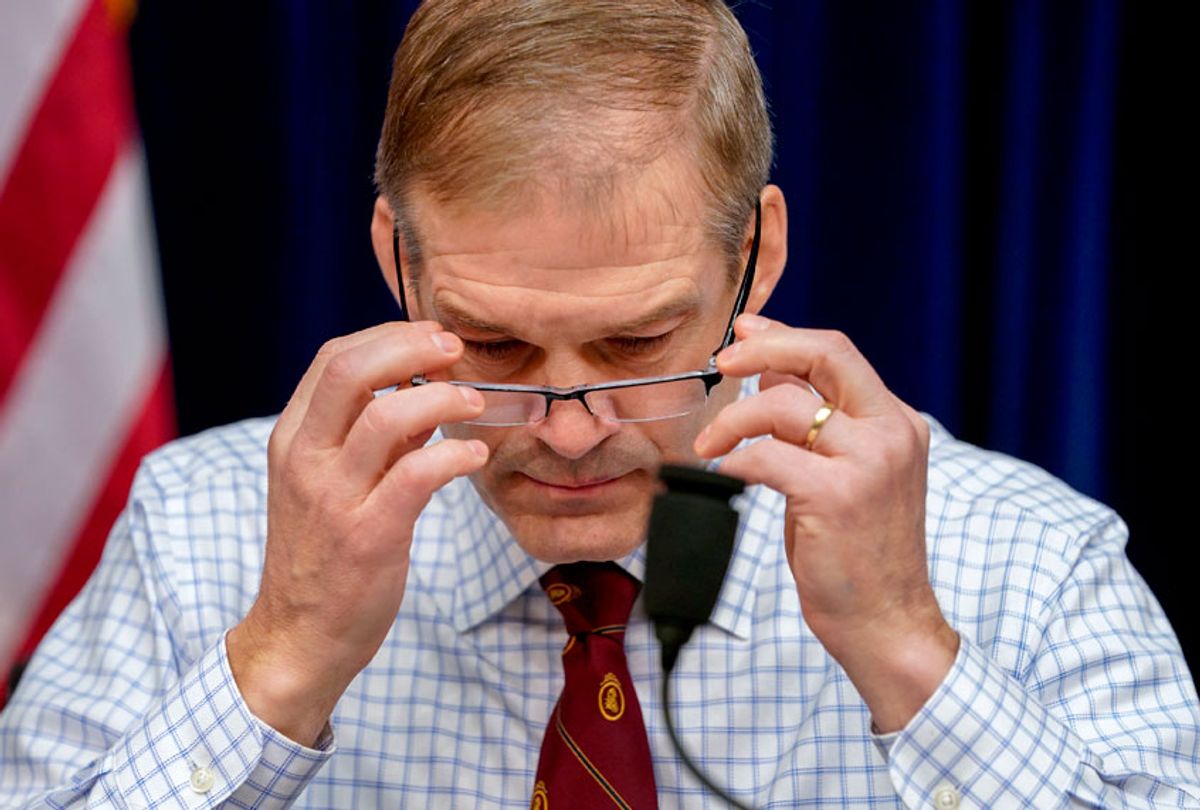 “This is the Michael Cohen hearing presented by Lanny Davis. That’s right. Lanny Davis choreographed the whole darn thing,” Jordan began. “The Clinton’s best friend, loyalist, operative, Lanny Davis put this all together.” Jordan claimed the entire hearing -including selecting the members, talking Cohen into testifying, and persuading Chairman Elijah Cummings (D-MD) to schedule the hearings - was engineered by Davis.

Jordan said Cummings had “stacked the deck against the truth” and told Cohen that he was being used as the Democrats’ “patsy.” And then it was right back down the conspiracy rabbit hole, this time involving bizarre and unsubstantiated claims about billionaire Tom Steyer.

“They got to find somebody, somewhere to say something so they can try to remove the president from office because Tom Steyer told them to,” Jordan said angrily. “Tom Steyer, last week organized a town hall. Guess where? Chairman Nadler’s district in Manhattan. Two nights ago Tom Steyer organized a town hall. Guess where? Chairman Cummings district in Baltimore.” It was unclear what these town halls had to do with the proceedings.

“Remember, remember how all this started. The Clinton campaign hired Perkins Coie law firm, who hired Glen Simpson, who hired a foreigner, Christopher Steele, who put together the fake dossier that the FBI used to go get a warrant to spy on the Trump campaign,” Jordan said. “But when that whole scheme failed and the American people said ‘we’re going to make Donald Trump president,’ they said ‘we got to do something else.'”

“So now client loyalist, Clinton operative, Lanny Davis has persuaded the chairman of the Oversight Committee to give a convicted felon a forum to tell stories and lie about the president of the United States,” Jordan said, wrapping a bow on his theory, “so they can all start their impeachment process.”