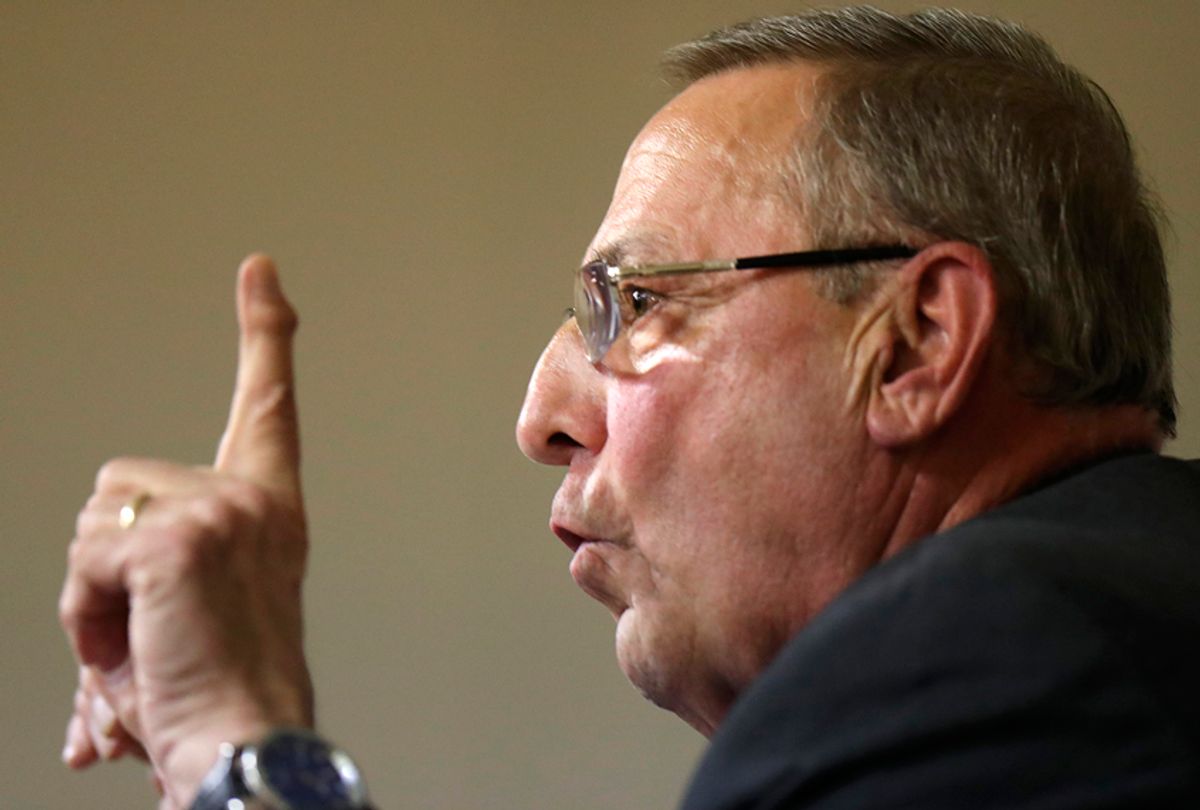 With Colorado on the verge of enacting the National Popular Vote Interstate Compact to nullify the Electoral College, the next state to sign on could be Maine, where a resolution is scheduled to be introduced in committee in the state House this week.

But former Republican Gov. Paul LePage, who retired to Florida at the start of this year after two terms in office, is fiercely opposed to eliminating the Electoral College for an unlikely reason: he believes it would silence white people!

“What would happen – if they do what they say they’re going to do – is white people will not have anything to say,” said LePage in an interview with WVOM. “It’s only going to be the minorities that would elect. It would be California, Texas, Florida . . . We’re gonna be forgotten people.”

The fact is, the Electoral College doesn’t give a benefit to white voters over black voters — it gives a benefit to undecided states over decided states. Since almost every state awards electors on a winner-takes-all basis (except Nebraska and, ironically, Maine) there is no incentive for candidates to care about turnout, margins, or policy issues in states which always vote red or blue. 95 percent of campaign events in 2016 were held in just the 12 states that were undecided, and 24 states were never visited by either candidate.

During his time in office, LePage gained a reputation as one of the most racist governors in the United States. In 2016, he said the opioid epidemic was caused by “guys with the name D-Money, Smoothie, Shifty” coming into Maine to sell heroin and “half the time they impregnate a young white girl before they leave.” He also said “people of color or people of Hispanic origin” are “the enemy” and that in war, you shoot the enemy.

The National Popular Vote Interstate Compact requires member states to award all their electors to the winner of the national popular vote. It will only take effect once the number of states that have joined adds up to at least 270 electors — the minimum required to win a presidential election. So far, including Colorado, 12 states and Washington, D.C. have signed on, for a total of 182 electors.