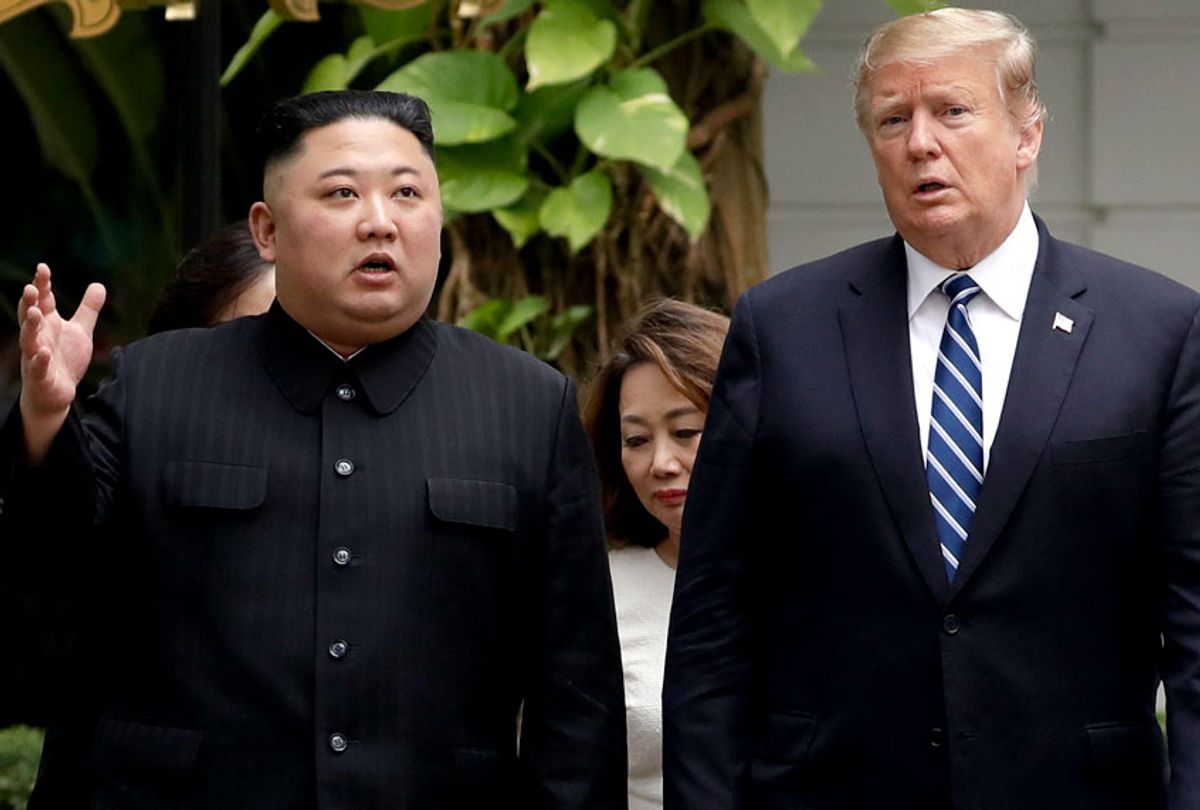 On Thursday morning, following President Donald Trump’s disastrous summit with North Korea in which the U.S. got no deal despite caving on major demands, even CNN’s Rick Santorum, former Republican senator from Pennsylvania and one of Trump’s biggest supporters on the network, was visibly disgusted.

What seemed to be the breaking point for Santorum was the moment Trump gave cover to North Korean dictator Kim Jong-un for the fate of American student Otto Warmbier, who was brutally tortured in a North Korean prison and died in a coma after his release. Trump said he took Jong-un at his word that he wasn’t aware of what his interrogators did to Warmbier and that the dictator “felt very badly” about it.

“This is the conundrum of Donald Trump for many of us who like his policies and don’t like a lot of things he does and says,” Santorum said. “What he did in Hanoi was the right thing to do. He walked away from a bad deal . . . but this is reprehensible what he just did. He gave cover, as you said, to a leader who knew very well what was going on with Otto Warmbier. I don’t understand why the president does this.”

Trump has a lengthy track record of siding with foreign despots who flatter him, over the opinion of his own experts and intelligence officials. He has repeatedly accepted Russian President Vladimir Putin’s denials that the Kremlin interfered in the 2016 presidential election, even though the CIA, FBI, NSA, Departments of Justice and Homeland Security, Director of National Intelligence, and House and Senate Intelligence Committees all agree they did. And he has taken the word of Saudi Crown Prince Mohammed bin Salman that he wasn’t involved in the murder of Washington Post journalist Jamal Khashoggi, over the U.S. and United Nations consensus that it was a Saudi government directed assassination.

Trump’s defense of Kim puts Santorum in a tough spot. Just the previous evening, Santorum scorched House Democrats for not having the courtesy to move the Michael Cohen hearing and let Trump have undistracted news coverage of the North Korean summit, saying, “The idea they couldn’t put Michael Cohen’s testimony off a few days . . . is reprehensible. Period. Stop, full stop.”

But just hours after Santorum went to bat for the president against the Democrats for supposedly undermining his credibility, Trump undermined it himself — and Santorum is visibly stung.