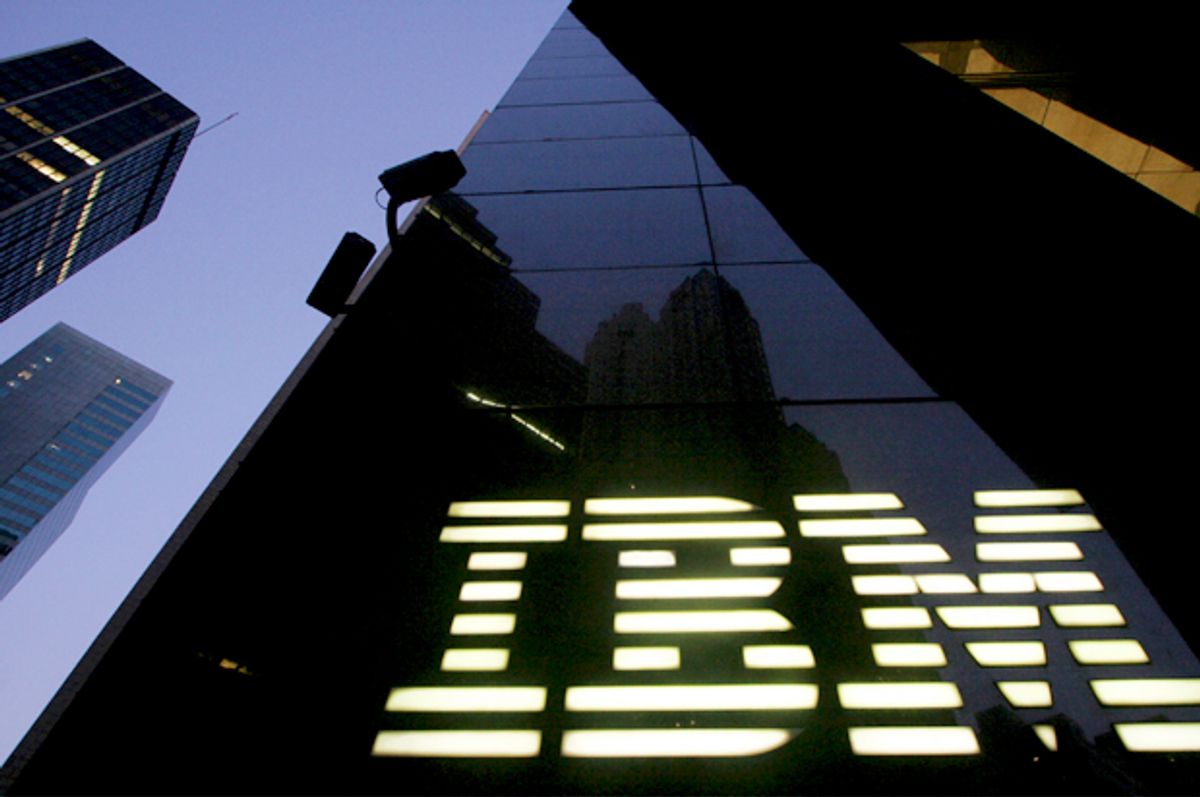 It’s impressive when companies last for decades – or even more than a century – and especially so when they’re in a fast-changing industry like computer technology. IBM, which traces its roots to the 1880s, grew from three small firms to a multi-billion-dollar information technology services company today. Its ups and downs along the way offer some insights into the global technology industry, and may contain some instructive lessons for up-and-coming digital giants like Google, Amazon and Facebook – all of which are far younger than IBM.

In my new book, “IBM: The Rise and Fall and Reinvention of a Global Icon,” I explore the company’s history of creating and selling data processing equipment and software. As a former IBM employee and a historian, the most important lesson I found is that many people confuse incremental changes in technology with more fundamental ones that actually shape the course of a company’s destiny.

There is a difference between individual products – successive models of PCs or typewriters – and the underlying technologies that make them work. Over 130 years, IBM released well over 3,600 hardware products and nearly a similar amount of software. But all those items and services were based on just a handful of real technological advances, such as shifting from mechanical machines to those that relied on computer chips and software, and later to networks like the internet. The transitions between those advances took place far more slowly than the steady stream of new products might suggest.

These transitions from the mechanical, to the digital, and now to the networked reflected an ever-growing ability to collect and use greater amounts of information easily and quickly. IBM moved from manipulating statistical data to using technologies that teach themselves what people want and are interested in seeing.

A focus that can adapt

Between 1914 and 1918, IBM management decided that the business the company would be in was data processing. In more modern terms, that business has become “big data” and analytics. But it’s still collecting and organizing data, and performing calculations and computations on it.

Since the early 1920s, IBM has taken a disciplined approach to product development and research, focusing on developing the underpinning technologies for its data processing products. Nothing seemed to be done by accident.

In its first half-century, IBM’s basic technology platform from which many products emerged was the punch-card, yielding tabulators, card sorters, card readers and the famous IBM Card. In its second half-century, the basic technology platform was the computer, including mainframes, minicomputers, PCs and laptops. In its most recent 30 years, computer sales have brought in a declining share of the company’s total revenue, as IBM transitions to providing more internet-based services, including software and technical and managerial consulting.

The rise of each succeeding technology happened during the maturity and decline of its predecessor. IBM first started selling computers in the 1950s, but kept selling tabulating equipment that still used punch cards until the early 1960s. As recently as the early 1990s, over 90 percent of IBM’s revenues came from selling computers, though it was introducing new services like management and process consulting, information technology management and software sales.

It wasn’t until the end of 2018 that IBM announced that 50 percent of its business now came from services and software, most of which were new offerings developed in the previous decade.

The news media – and even IBM employees – may have perceived that IBM was transforming itself quickly and frequently. In fact the company had planted seeds for growth early and carefully tended new technologies until they bore fruit – fortunately, around the same time as earlier systems were ending their useful lives.

This strategic approach is not uncommon – Apple has been selling personal computers for more than 40 years. Its management, of course, talks much more about its role in the smartphone business, which is already beginning to level off. Apple may soon need – or already be working on – a new technological focus to remain relevant.

The future of the giants

Microsoft, like Apple, evolved away from selling just computer software and operating systems. It started internet-based projects like its Bing search engine and OneDrive cloud storage – as well as providing cloud-based computing services for businesses.

Companies that started on the internet may also face similar transitions. Amazon, Google and Facebook at times claim to have transformed themselves, but haven’t yet fully left their original businesses.

Amazon still makes most of its money selling physical items online, though its internet-based cloud services division is growing rapidly. Amazon has also invested in a wide range of other business that might grow in the future, such as health care and entertainment content.

Google and Facebook still make most of their money selling information about how users behave to advertisers and groups that want to attract people to a particular point of view. Both are exploring other avenues, whether it’s Google’s self-driving cars or Facebook’s experiments with virtual reality.

But at their core, all three internet giants are still finding new ways to capitalize on the vast quantities of information they accumulate about customers’ activities and interests – just as decades earlier IBM found new ways to use tabulating equipment and computers. If they’re to last decades or centuries into the future, the companies will need to probe, experiment and innovate to find new ways to profit as technologies change.