Michael Cohen and the pathological liars among us

While Cohen's history of duplicity and fraud runs very deep, he's not a pathological liar. Here's why 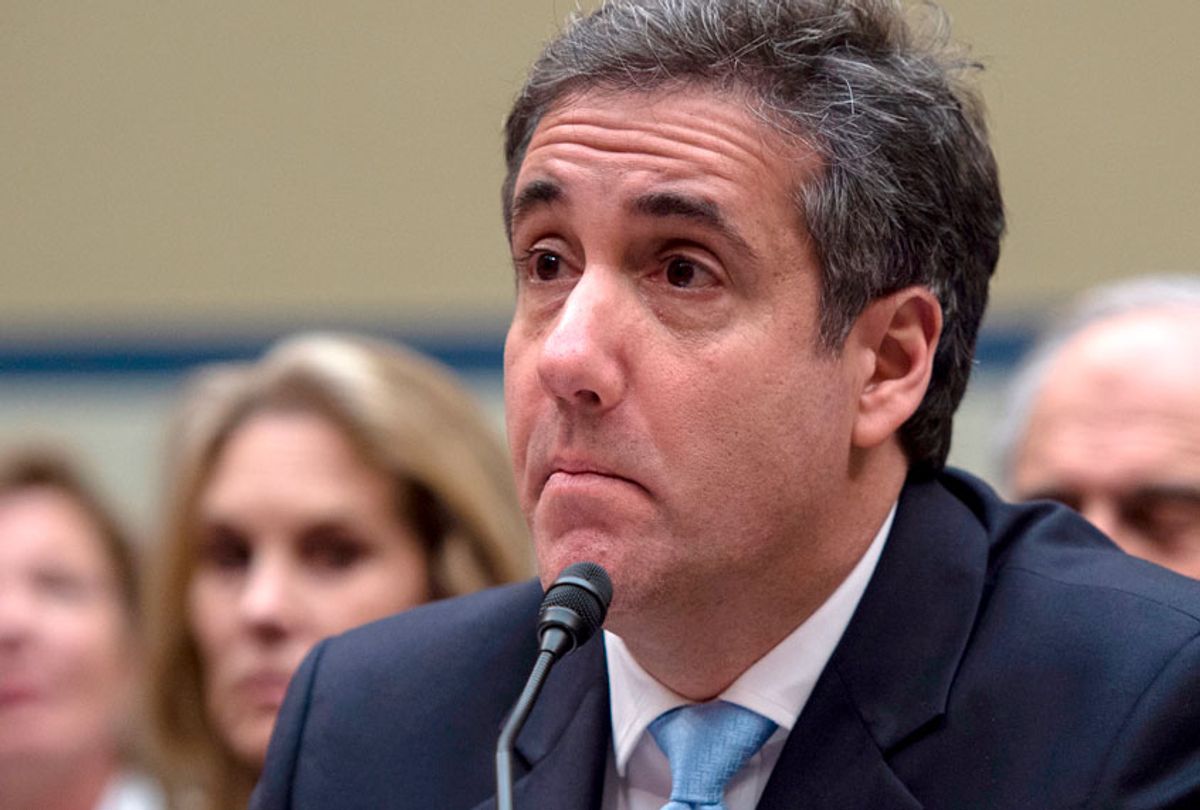 America is abuzz with Michael Cohen’s damning testimony about his former boss, Donald Trump, and the charges of malfeasance and criminality on the President’s part. Yet the response of the President’s supporters was not to challenge Mr. Cohen’s evidence but instead to demean him as a “pathological liar” who doesn’t know “truth from falsehood," to paraphrase Republican Representative Paul Gosar of Arizona.

Later, Gosar sang “Liar Liar Pants on Fire” to Cohen, reminding us yet again that our elected officials often behave like overgrown kindergarteners.

I intimately know about “pathological liars” — I almost married one. In response to my experience, I investigated the phenomenon of those who lack a relationship with the truth. And here’s what I can say for certain: Confessing to having lied in the past, or atoning for their misdeeds, as Cohen appears to have done, is the opposite of the pathological profile. While Cohen’s history of duplicity and fraud runs very deep, he’s not a pathological liar. A “fool,” as he himself admitted, with dubious, often despicable, values. But not a pathological liar.

The official term for pathological lying is pseudologia fantastica, but experts are unsure if the condition is a symptom of a larger psychiatric condition or a disease in itself. Pathological lying isn’t in the DSM-V, the diagnostic bible; doctors aren’t completely sure what causes it. But one thing many agree on is that it doesn’t refer to someone who once told a lie, or several lies, and only regrets it because they’ve been caught, which seems like an apt description of Cohen.

Nor is it simply an epithet one adds to a diatribe out of dislike for the person so accused. Getting “caught” means nothing to a pathological liar.

My ex-fiancé, for example, a Navy doctor, claimed to be a CIA operative. He stuck to his story at every opportunity, no matter how outlandish the fictions became. When I challenged him, as I often did, he grew combative and accusatory, causing me to believe I had a problem for daring to question him. Long after he was convicted of identity fraud and sent to prison, he was still protesting his innocence, telling his children that he would soon be getting a pardon from then-president Obama (he didn’t).

After that experience, I learned a great deal about people who spin stories out of a compulsive, deep-seated — pathological — need. A need to impress. A need to shine. A need to be something they’re not.

Certainly, we’re all capable of lying; the main difference between “us” and “them” is that pathological liars don’t regret their transgressions. When challenged, they go on the offense, like Lance Armstrong or Bill Cosby.

There’s often a gamesmanship to this kind of behavior, a grandiosity. Pathological liars believe there’s nothing they can’t worm their way out of, and the challenge electrifies them. Psychologist and lying expert Paul Ekman, professor emeritus at the University of California, San Francisco, noted that one can watch people’s faces for signs of “duping delight,” which can occur after someone has pulled off a major deception.

Pathological lying is a profound inability to embrace what is real. It’s not trying to cheat on a bank statement, or doing your boss’s dirty work because he pays you big bucks.

Why do some people become pathological liars — that is, an embodiment of the lies they tell, indifferent, if not incapable, of the distinction between what’s real and not? For many, the thrill of lying demonstrates their skill and superior intellect; manipulating others is fun. I think of serial fabricator Frank Abagnale, of "Catch Me If You Can" fame, or Waldo Demara, the “Great Impostor.” Over the course of his lifetime, Demara passed himself off as, among other things, a doctor on a naval ship, a civil engineer, a monk, a cancer researcher, a lawyer and a sheriff’s deputy. When asked why he did it, his answer was quick: “Rascality, pure rascality.” (Abagnale, for his part, has been an FBI advisor for decades and now works with AARP to help combat elder fraud, arguably using his superpowers for good.)

For others, lying allows them to obtain the acceptance they would otherwise be denied. This distinction is crucial in today’s day and age, as we live in what’s been called a “post-truth” society where bad news is “fake news” and one’s critics aren’t judged by the quality of their criticism but by the fact that they are critics — “enemies of the people.” (Or, in the words of Rep. Mark Green, a Republican from Tennessee, a "fake witness.”) The ability — and the desire — to misrepresent the truth is being given free range in unaccountable social media and by axe-grinding media partisans. It’s an environment that enables “pathological liars” to prosper.

I know I’m not the only one who believes that a huge swath of politicians on both sides of the aisles are narcissists who need ratification and esteem. But there are now fewer social and logistical limits on how to achieve it.

Is it worth being President if the only way to do so is through blatant lies? Only if one badly needs validation and can smile confidently when lying. That is a pathological liar. I was with a man who tried to marry me on the basis of outlandish fables. Now, we’re in a historical “marriage” with a leader who doubles down on deceit when confronted with truth. Yet Mr. Trump’s supporters project “pathology” onto those bringing evidence against him.

Michael Cohen is a sad figure who’s done some terrible things, but he’s not a pathological liar. By any definition of the term, he’s simply exposing one.