Of course some apps are sharing private health details with Facebook

According to a test of more than 70 apps, at least 11 are sending details to Facebook without the users’ knowledge 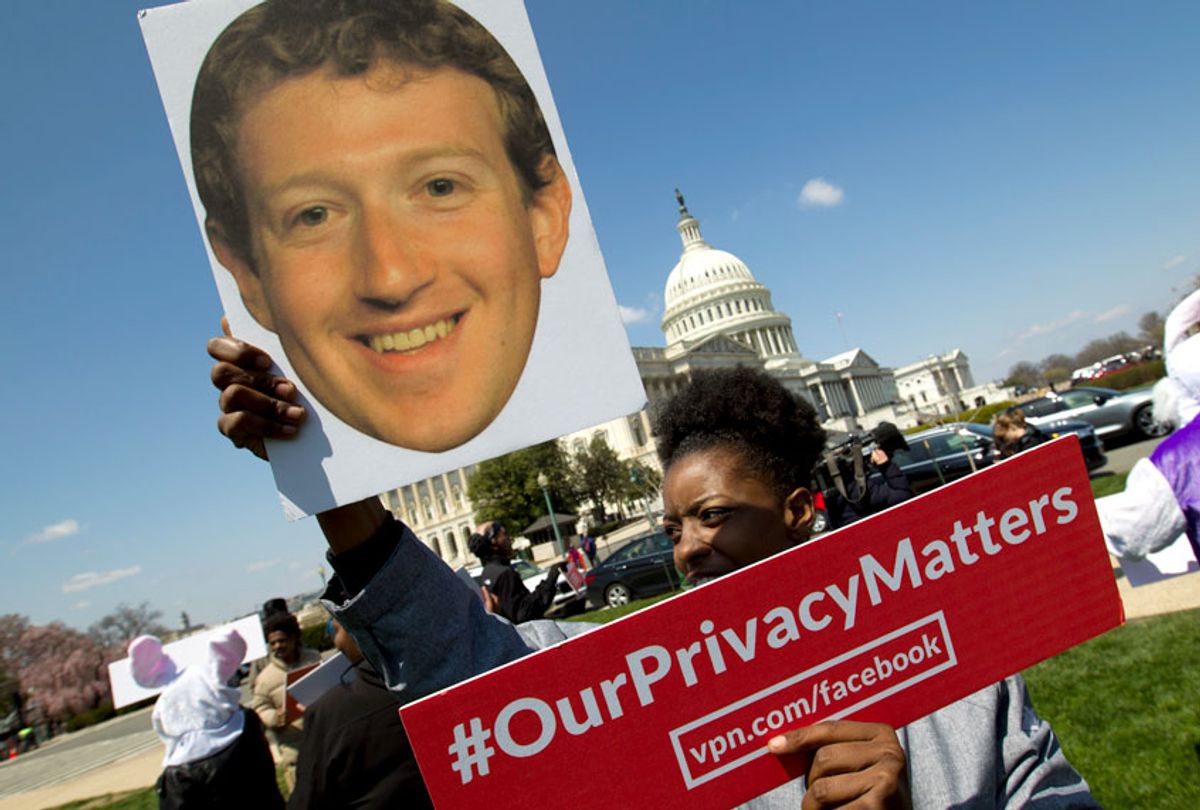 Demonstrator holding up a photo of Facebook CEO Mark Zuckerberg protest outside of the U.S. Capitol. (AP/Jose Luis Magana)
--

Stop us if you’ve heard a version of this one before. Facebook is slurping up a trove of extremely personal data from users of almost a dozen smartphone apps — apps which send along info that includes extremely private health details that the user, of course, is unaware Facebook is getting its hands on.

That’s according to a test of more than 70 apps reviewed by The Wall Street Journal, which found that at least 11 are sending such details to Facebook without the users’ knowledge. Not only that, Facebook can apparently also collect this data from users of the various apps in question who don’t have a Facebook account.

The scale here is pretty expansive. All told, the 11 apps at the heart of the Journal’s report have been downloaded tens of millions of times, and the apps the Journal tested included Instant Heart Rate: HR Monitor, a popular IOS heart-rate app that “sent a user’s heart rate to Facebook immediately after it was recorded.”

Likewise, Flo Health Inc.’s Flo Period & Ovulation Tracker, which the WSJ reports has 25 million active users, “told Facebook when a user was having her period or informed the app of an intention to get pregnant, the tests showed.”

Per that report, “The social-media giant collects intensely personal information from many popular smartphone apps just seconds after users enter it, even if the user has no connection to Facebook, according to testing done by The Wall Street Journal. The apps often send the data without any prominent or specific disclosure, the testing showed.”

This bombshell report from the WSJ is already apparently spurring investigatory action. New York Governor Andrew Cuomo has called on the New York Department of State and Department of Financial services to probe the social networking company. “New Yorkers deserve to know that their personal information is safe, and we must hold internet companies — no matter how big — responsible for upholding the law and protecting the information of smartphone users,” the governor said in a statement released by his office.

Facebook, for its part, has said at least some of the data collection mentioned in the Journal report violates its business terms and is asking apps to stop sending “sensitive” user information to Facebook. Regardless, this is definitely another black eye for a social networking company whose practices have become synonymous with the aggressive collection of data about as many people as possible — whether those people use Facebook or not.