A one-ingredient swap for your new favorite french toast

It's the best thing since sliced bread 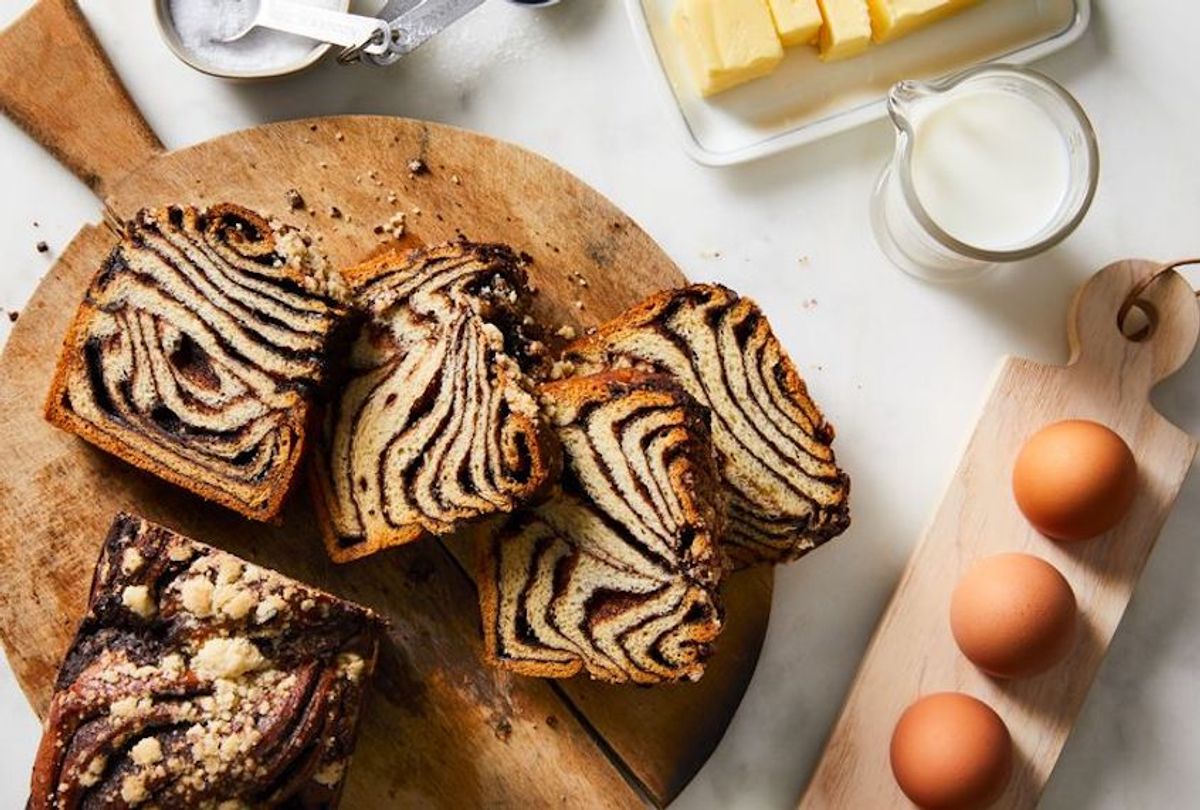 You'll want to eat the babka as soon as you slice it—but just you wait, it's about to get even better. (Ty Mecham/Food52)
--

If I had to pick between French toast, waffles, and pancakes, I’d pick French toast every time. Waffles are a close second, but crispy, creamy, just-fried, butter-topped, maple syrup–drenched French toast unites two of my favorite things in all the land: custard and bread.

Well, sometimes. Because this French toast—that ruined all other French toasts for me forever—doesn’t really call for bread. It calls for babka.

Which is a type of bread, technically. But it’s a far cry from the bread most French toast recipes call for: challah, brioche, or store-bought sliced. All of these are enriched in one way or another, which is fancy-baker-speak for: The ingredient list includes more than just flour, water, yeast, and salt.

Challah has eggs, oil, and some sort of sweetener (usually sugar or honey). Brioche has eggs, butter, and sugar. And store-bought sliced has, well, a bunch of stuff (probably oil, maybe something milky like whey).

But what do none of these breads have? Swirls of chocolatey goodness and a streusel crust. That’s where babka comes in.

Babka hails from Eastern Europe and went mainstream in the States circa 1994, largely thanks to "Seinfeld." As Elaine says, “You can’t beat a babka!” And you can’t. Serious Eats defines it as a “half-yeasted-bread, half-cake hybrid.”

I’ve been eating babka all my life, but never saw a French toast take until recently — at Russ & Daughters Café, the restaurant sequel to the 105-year-old appetizing shop in NYC’s Lower East Side. While the café’s menu hinges on bagels and smoked fish, it also includes wildcards like kippered salmon mac and cheese, falafel latkes, and two kinds of French toast: chocolate babka and cinnamon babka. The former is served with sour cream and berries. The latter, apple compote, candied walnuts, and crème fraîche.

"The fourth generation owners — Josh Russ Tupper and Niki Russ Federman—came up with the idea many years ago, while working at the counter in the shop," where they sell about 150 babkas per day, Russ & Daughters' Director of PR, Communications, Brand & Design​ Jen Snow told me. "They had never seen it made anywhere before they developed their recipe in their homes."

So, why does babka make such a standout French toast?

Let’s call it the Custardy Deliciousness Theory (CDT). The whole point of French toast is that it’s custardy. After all, you’re soaking the bread in custard (eggs or egg yolks plus milk, half-and-half, or even cream). This custard creates a bread pudding-y interior and a golden-brown crust. Oh, and it tastes really good.

A chocolatey French toast that's practically pan-fried cake. This is best of all. Marbled throughout the babka, chocolate takes an otherwise humble breakfast recipe and makes it lazy weekend–worthy. (Permission to eat this in bed: granted!) It’s sort of like stirring chocolate chips into pancake batter or cookie dough. Adding chocolate just makes things better. And French toast was already amazing to begin with.