“At this time, we don’t think your data would be useful" 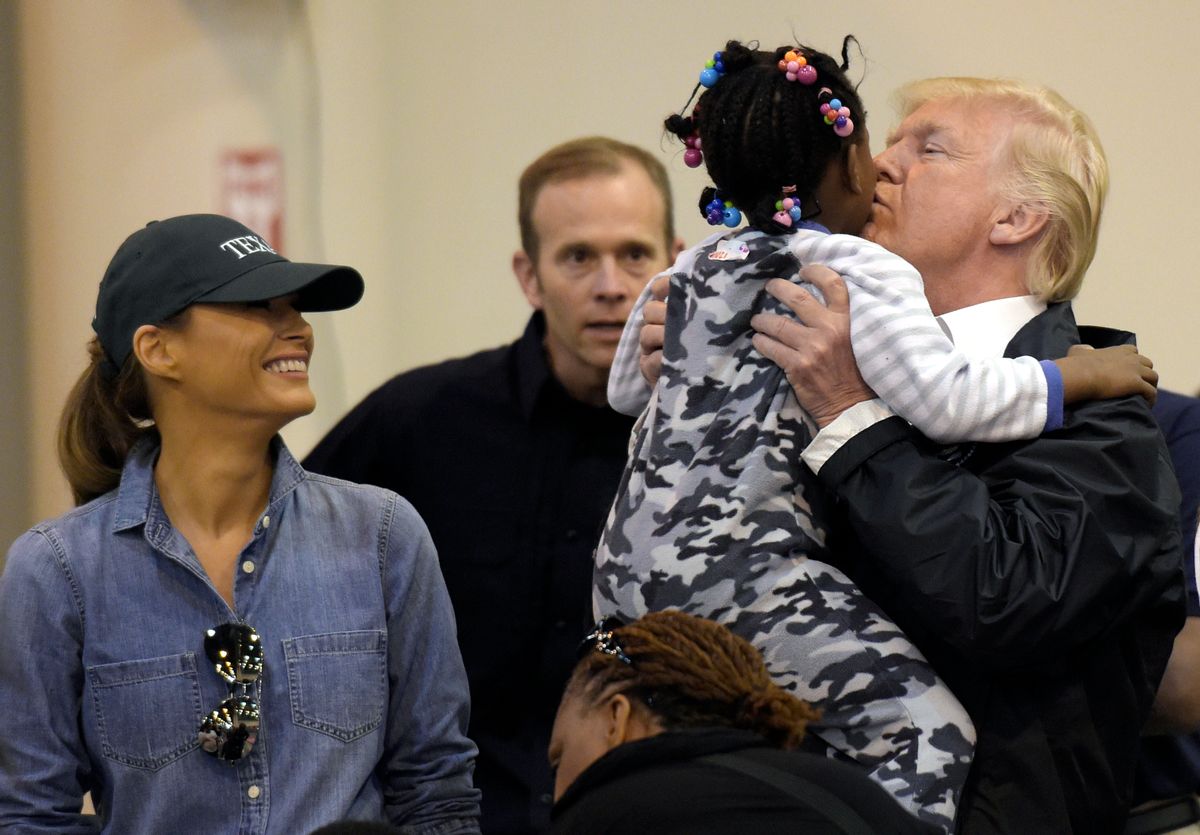 President Donald Trump and Melania Trump meet people impacted by Hurricane Harvey during a visit to the NRG Center in Houston, Saturday, Sept. 2, 2017. He lifted this girl into his arms to give her a kiss. It was his second trip to Texas in a week, and this time his first order of business was to meet with those affected by the record-setting rainfall and flooding. He’s also set to survey some of the damage and head to Lake Charles, Louisiana, another hard-hit area. (AP Photo/Susan Walsh) (AP)
--

According to emails obtained by the Los Angeles Times, officials at the Environmental Protection Agency prevented researchers from NASA from looking into pollution levels that could lead to cancer in areas of Houston that were devastated by Hurricane Harvey in 2017.

The report states that NASA proposed to flying one of their DC-8’s, “equipped with the world’s most sophisticated air samplers to check the effects of pollution from “chemical spills, fires, flooded storage tanks and damaged industrial plants” that were the result of the hurricane after residents complained about ill-effects including dizziness and nausea.

However, just before the NASA plane was to take off the EPA and the state of Texas intervened saying that “NASA’s data would cause confusion’ and might ‘overlap’ with their own analysis.”

Included in the emails obtained the LA Times, Michael Honeycutt, Texas’ director of toxicology — who previously suggested pollution may be beneficial to humans — shot down the plan the EPA agreeing.

“At this time, we don’t think your data would be useful,” Honeycutt advised.

According to the Times: “The response stunned NASA scientists, many of whom had flown similar missions in the past, including over the 2010 Deepwater Horizon oil spill in the Gulf of Mexico,” adding one official stated, “It’s totally possible we’d have found nothing at all to be concerned about, but at least we’d have known that without a doubt.”

Scott Frickel, an environmental sociologist from Brown University, criticized the decision by the state and the EPA.

“This is a very clear illustration of the politics of knowledge,” explained Scott Frickel, “The EPA Region 6 and Texas authorities don’t want to know, so they are passing on something really important about urban-scale disasters.”

Regarding the 2017 Harvey disaster, the Times reported, “The area is one of the most heavily concentrated industrialized hubs in the nation, home to thousands of petroleum refineries, chemical manufacturing plants and Superfund sites,” adding, “On Aug. 28, Gov. Greg Abbott (R) suspended state emission rules, including those governing air pollution, after the Texas Commission on Environmental Quality argued they would impede disaster response.”

After the NASA flights were proposed, Texas EPA official David Gray protested, writing “he was ‘hesitant’ to have the jet ‘collect additional information that overlaps our existing efforts” and that he was concerned the media and nongovernmental organizations (NGO’s) were releasing data that conflicted with his own.

Despite NASA officials protesting, with Paul Newman, chief scientist of NASA’s Earth Science Division, writing, “NASA does NOT need EPA approval, We certainly should notify and potentially coordinate, but we don’t need approval,” the proposal was killed from above by Michael Freilich, the director of NASA’s Earth Sciences division.

You can read more here (sucscription may be required).