"Game of Thrones" season 8 trailer: Humanity unites to fight against the final winter

Everyone is joining forces for the biggest battle in TV history 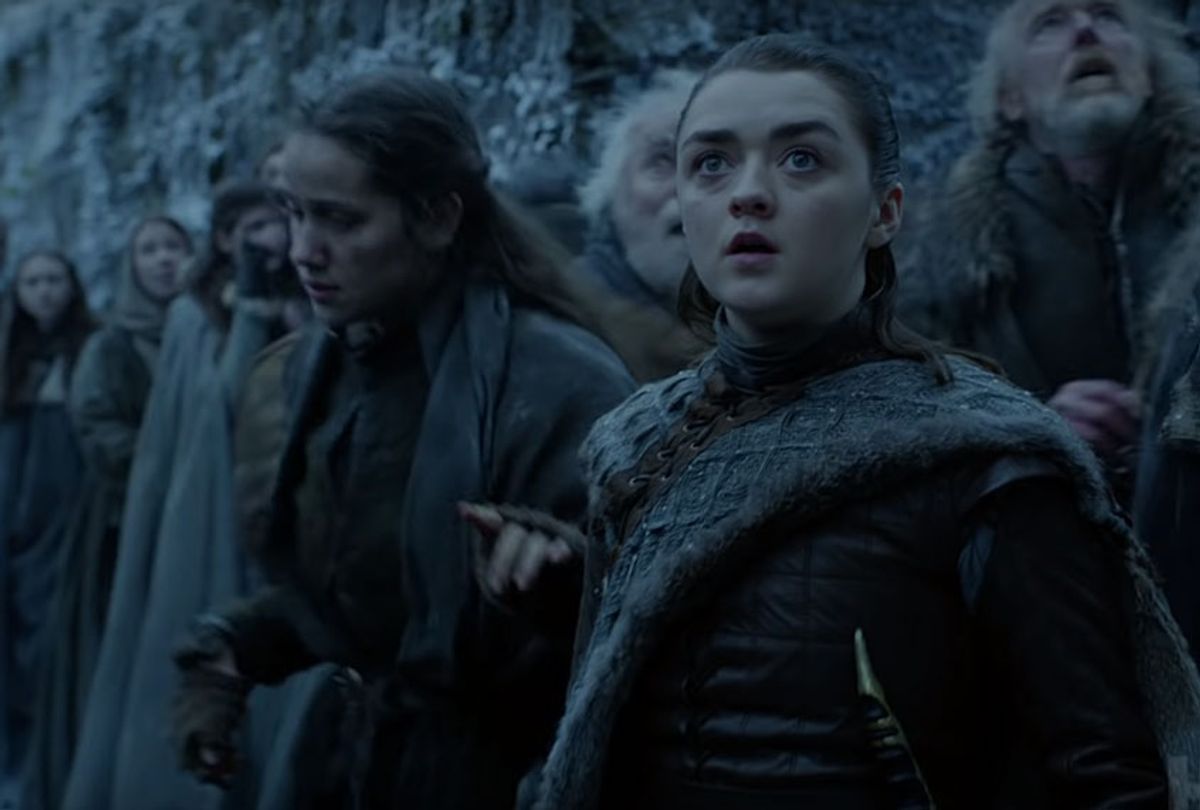 Still from the season 8 "Game of Thrones" trailer. (YouTube/HBO)
--

Death has already come for the Stark family (and everyone else) on “Game of Thrones.” With the series’ final season set to premiere in just a few short months, HBO has yet another reminder that there will be more death to come before this chapter of the story ends.

The first official trailer for Season 8 of the show finds Arya (Maisie Williams), Sansa (Sophie Turner), and Jon (Kit Harington), and a bevy of non-Starks taking up arms against a growing threat of ice that’s been fairly evident ever since the story left off. Though not explicitly family members by blood, these siblings represent one of the biggest chances for the mammoth series’ human characters to fight off the hoard of undead armies knocking down their gates.

We likely won’t know full details of these humanity-saving efforts until next month’s premiere, but let the parsing for clues here begin. After Monday’s overview from the cast and crew about that massive battle scene that rounds out this final Season 8, this has the biggest hint yet that, when facing an army of White Walkers, the Starks, Lannisters, Targaryens, and assorted allies of all kinds, won’t be going down without a fight. (And hey, it looks like Jorah’s nice and healed!)

Read more IndieWire: ‘Game of Thrones’ Season 8: Everything We Know About the Final Season

This also serves as a helpful “Where Are They Now?” recap without giving away too much of how these disparate forces are going to come together for one last stand. Emilia Clarke, Lena Headey, Peter Dinklage, Nikolaj Coster-Waldau, and a giant ice dragon are all set to make triumphant returns of their own when the series makes its final season debut later in the spring. Get your broadswords ready for action and watch the full trailer below: