Michael Monico said the check was not submitted to Congress as evidence last week, because it was recently found 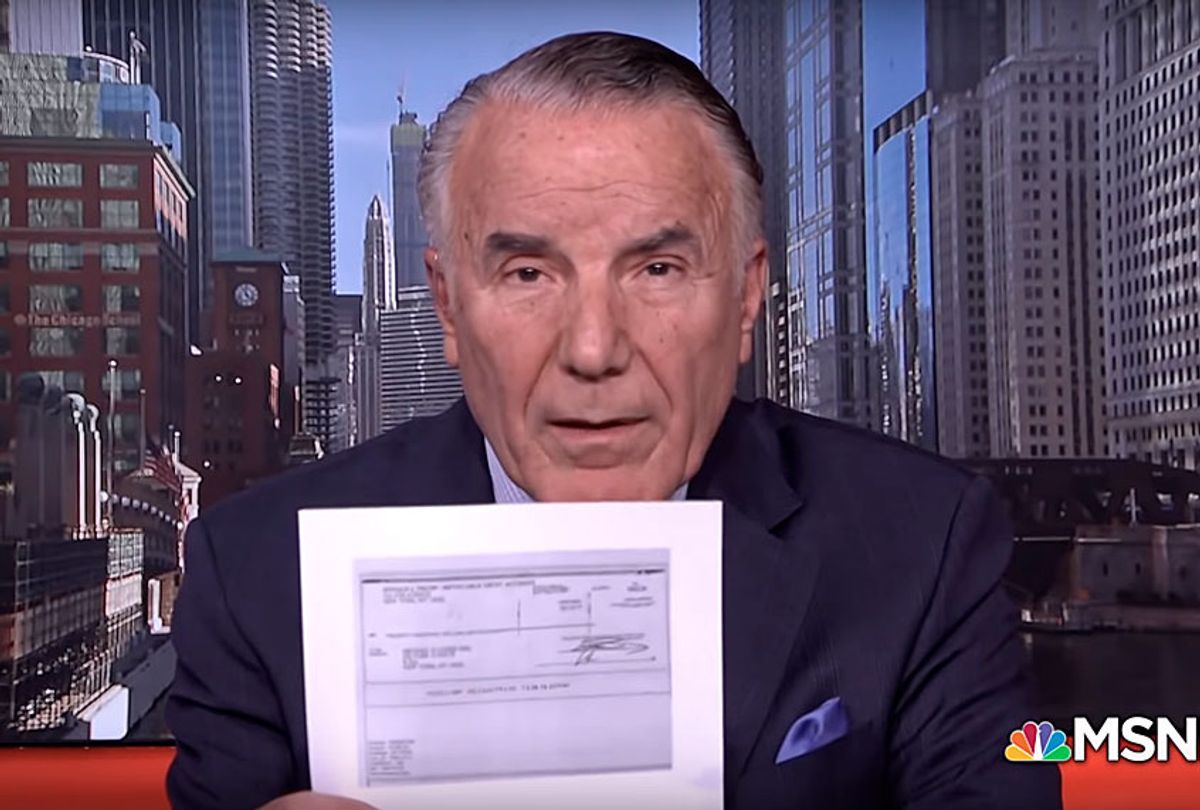 An attorney from Michael Cohen, the lawyer who spent many years working as President Donald Trump's personal "fixer," revealed a new check signed by key figures in Trump's orbit who are allegedly linked to criminal hush-money payments made to Stormy Daniels.

Michael Monico, Cohen's lawyer, claimed that the check was given to his client after a White House meeting Cohen had with Trump and is from Feb. 2017. He said it was not submitted to Congress as evidence last week when Cohen testified to the House Oversight and Government Reform Committee, because it was only recently found.

"Mr. Trump is a conman. He asked me to pay off an adult film star with whom he had an affair — and to lie to his wife about it — which I did," Cohen said, referring to adult film actress Stormy Daniels, legally known as Stephanie Clifford.

Cohen pleaded guilty to campaign finance charges last year and admitted that he had paid off Daniels, who alleges she had an affair with Trump in 2006, during the 2016 presidential campaign in exchange for her silence. During his dramatic testimony against Trump on Capitol Hill, Cohen produced copies of two checks he claimed were a part of the reimbursement for his hush money payment to Daniels. One was from Trump's personal account, and signed by Trump. The other was from the revocable trust that owns Trump's businesses and signed by Donald Trump Jr., the president's eldest son, and Allen Weisselberg, the chief financial officer of the Trump Organization.

"The president of the United States wrote a check – as president – to Michael Cohen. That was part of a scheme to violate campaign finance [laws]," Monico said during a live appearance on "The Beat with Ari Melber." "This was a scheme, in part, to defeat the election . . . And the first check, by the way, which was referenced in Mr. Cohen's testimony, was a $70,000 check, which I have with me today — a copy of it I have with me today. A $70,000 check written on the Donald J. Trump revocable trust."

"When Michael Cohen went to see the president for the first time in the White House in February of 2017. . . The president said to Michael, at that time, you will be getting the two checks soon. The two checks meaning the two $35,000 checks," Monico said. "And sure enough it was on Valentine's Day 2017."

Monico said Cohen claims the check was signed by Donald Trump Jr. and Weisselberg. He added that Trump told Cohen that the two checks of $35,000 would be forthcoming at the meeting at the White House.

Melber pressed Monico, asking, "So your view is that really helps further demolish the denial that Trump was somehow post-facto reimbursing something he didn't authorize?"