The Tennessee Star claims to be the "most reliable" online local paper in the site. In fact it's just a GOP front 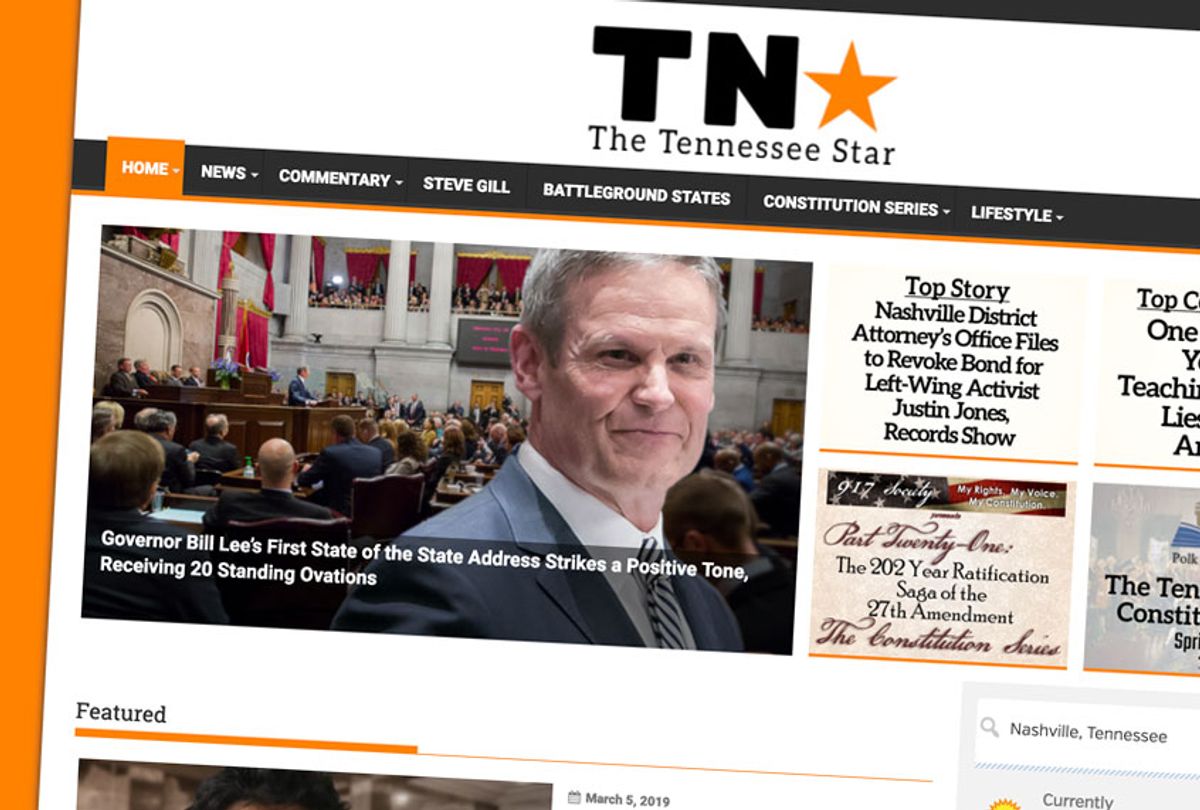 An investigation by the fact-checking outlet Snopes found that several new local news websites are actually being launched by Republican consultants whose company is funded in part by the candidates the sites cover.

Snopes discovered that the trio has since launched similar sites in other battleground states ahead of the 2020 elections: the Ohio Star and the Minnesota Sun.

All three claim to be the “most reliable” local newspapers in their states and provide “unbiased updates on Investigative Reports, Thoughtful Opinion, Sports, Lifestyle.”

But the coverage is hardly by “unbiased journalists.”

Gill, who is listed as the Tennessee Star’s political editor, owns a media consulting firm that at least one candidate and one political action committee paid before they received positive coverage on the website.

Snopes reported that several of the site’s writers work or have worked for PACs or political campaigns that they cover without disclosing that information. The Tennessee Star’s “investigative journalist,” Chris Butler previously worked for a PAC affiliated with Tennessee Gov. Bill Lee, a Republican. Two of the site's other writers have their own PAC devoted to maintaining a Republican majority in the Tennessee state legislature. Roughly 40 percent of the other content on the sites comes from prominent conservative news sites like the Daily Caller and the Daily Signal.

In some cases, the sites are carbon copies of the Tennessee Star despite being in different states. Snopes noted that the Ohio Star recently republished a glowing “letter to the editor” titled “If You Want to Change State Politics Then Support Bill Lee for Governor.” Lee is the governor of Tennessee.

Kathleen Bartzen Culver, who heads the Center of Journalism Ethics at the University of Wisconsin at Madison, told Snopes that political operatives are free to launch their own news platforms, but it's a problem if they are trying to deceive readers into believing the sites are nonpartisan local news.

“I have no problem with advocacy organizations creating content that reinforces the positions they take on public policy issues on the left, right or center. The issue comes in when they’re not transparent about that advocacy,” Culver said. “In this case, if you have a conservative take on a policy issue and you want to promote that take, go ahead. But just claim it for what it is.”

Leahy claimed in an email to Snopes that the sites “are in business to make a profit” and make their money from ads.

But Snopes found that the websites are supported by conservative mega-donors, and many of the ads on the Tennessee Star are from groups like the Koch-founded Americans for Prosperity. Even the actual local business ads they have are for companies owned by prominent Tennessee conservative donors.

“Transparency is a critically important element in journalism,” Culver said. “When you are opaque about funding sources and their influence, when you don’t disclose to readers where the money is coming from and where the conflicts of interest may be, you are robbing those people of important information that they need to judge credibility.”

The group behind the sites does not appear content with just three outlets. According to Politico, Leahy has purchased domain names associated with Missouri, New England, the Dakotas, Michigan, North Carolina, Pennsylvania, Virginia and Wisconsin, most of which are electoral battleground states that will be vital in 2020.

Leahy, Gill and Botteri are only a few of the players in the growing space. Politico reported last year that a campaign committee for Rep. Devin Nunes, R-Calif., was funding a local news site called the California Republican, which claimed to feature “the best of US, California, and Central Valley news, sports, and analysis.”

“The information sphere is so polluted right now that the average citizen has trouble telling what is real and what is not,” Culver told Snopes. “I find that very troubling within a democracy.”