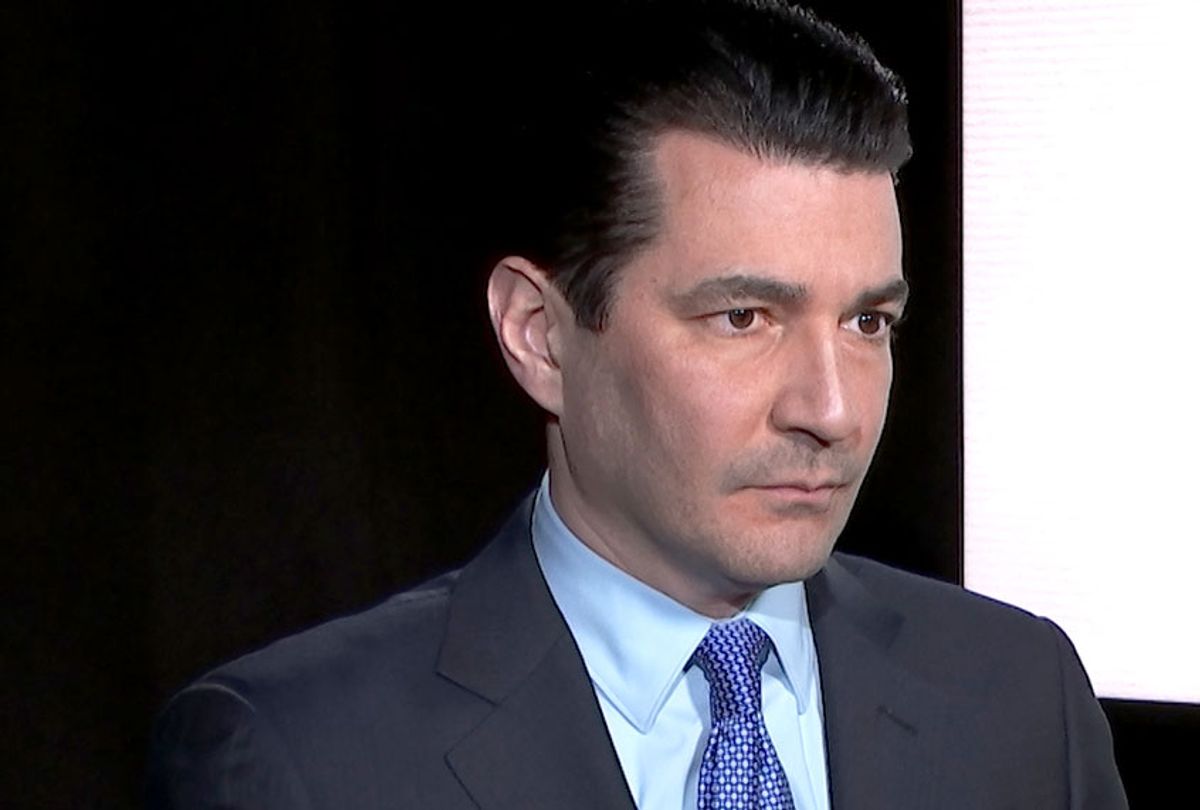 Food and Drug Administration Commissioner Scott Gottlieb announced on Tuesday evening that he will be resigning from his post, citing a tough commute that has limited his time at home with his family.

“It was a very hard decision,” Gottlieb said in an interview. “This is the best job I will ever have. I’m leaving because I need to spend time with my family. I get home late Friday, work on weekends and come back to Washington on Sunday. I did the job 100 percent."

Unlike many of resignations that have occurred in the Trump administration, Gottlieb’s was not one that was passively orchestrated by Donald Trump himself. According to the Washington Post: “A senior White House official said Gottlieb had spoken to President Trump, and that the president liked the FDA chief and did not want him to leave.” Rumors were being reported in January that Gottlieb would be leaving, to which he publicly denied on Twitter.

Trump responded to the news on Tuesday, expressing his sorrow around Gottlieb’s departure. “Scott has helped us to lower drug prices, get a record number of generic drugs approved and onto the market, and so many other things,” he tweeted. “He and his talents will be greatly missed!”

Gottlieb previously served as the agency's deputy commissioner for medical and scientific affairs during the George W. Bush administration. Trump appointed Gottlieb, and he was sworn in as the 23rd commissioner of the FDA in May 2017. During his tenure, Gottlieb took a strong stance against the e-cigarette and tobacco industry, leaving many who supported his anti–teen vaping agenda wondering what will happen after his exit.

The FDA under Gottlieb’s reign proposed guidelines that would remove flavored e-cigarette cartridges from most retail stores in the country, convenience stores included, in an attempt to curb vaping's attraction to teens. This proposal was a very high profile move for the FDA. Robert Jackler, a Stanford University professor who researches how teen vaping is marketed towards teens, told The Atlantic he was concerned for Gottlieb's exit. “I hope that his successor shares a similar passion for protecting youth from nicotine addiction,” Jackler told The Atlantic. “The upward spike in tobacco stocks is a worrisome sign that the industry anticipates relief from regulation.”

While most of the content regarding the proposed e-cigarette guidelines were published by the FDA in November 2018, Gottlieb reportedly presented a full plan to White House officials last week, according to Axios. Some conservative groups, such as Tax Reform and the Goldwater Institute, expressed concern to Trump about the FDA’s plans to curb youth vaping. Axios reported that the plan to ban the sale of flavored e-cigarettes would stand on shaky ground, but one way to enforce it and tiptoe around legal issues would be to mandate that people have to show an ID card before entering the store, which would in essence push gas stations to have to build separate rooms if they wanted to sell them.  FDA  spokeswoman Jennifer Rodriguez did not confirm the details of the alleged proposal.

Gottlieb has not been a darling child of all anti-teen vaping activists. As Salon reported last year, some believed the FDA wasn’t regulating e-cigarettes with any urgency.

“The FDA has significant authority to oversee e-cigarettes, and they are failing to use it,” Erika Sward, National Assistant Vice President of Advocacy at the American Lung Association, told Salon in June. “As a result it is the wild wild west, and you have retailers who are mixing liquids in their backrooms.”

In Gottlieb’s statement, he said over the next couple weeks he will “continue to work to cement more of these efforts, to secure our 2020 budget, and to help transition the agency to new leadership.”

A successor has not been announced yet.