George R.R. Martin has "mixed feelings" over "Thrones" ending being revealed before his books finish

Martin still has two books to write in his "Thrones" literary franchise, but everyone will know the end come May 19 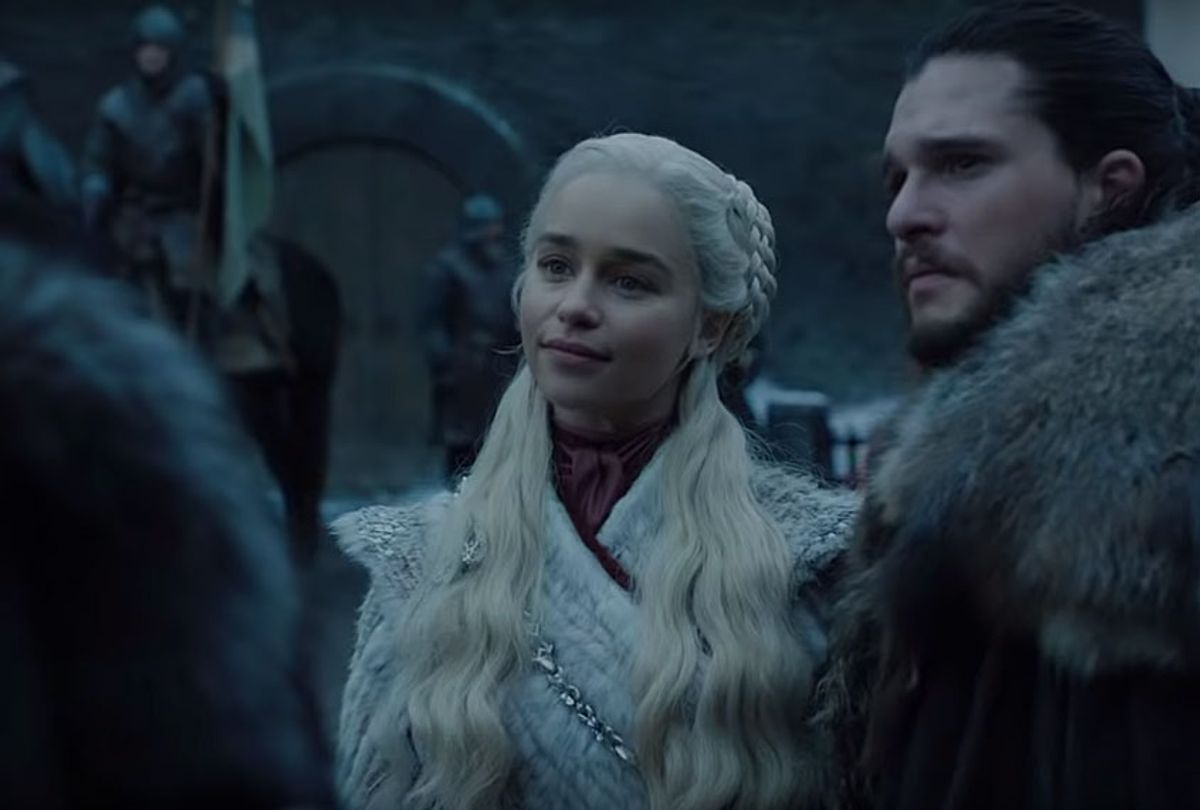 The entire world will finally know how “Game of Thrones” ends when the HBOseries airs its final episode May 19. The details of how exactly “Thrones” ends has been a topic of debate and anticipation for years, but the finale is more of a bittersweet occasion for “Thrones” author George R. R. Martin. In a brief interview with Entertainment Weekly, Martin said he still has minor regrets about not being able to finish the “Thrones” books before the series. Even though he has two novels left to write, “The Winds of Winter” and “A Dream of Spring,” every “Thrones” fan will know his ending come May.

“I have mixed feelings about that,” Martin said. “It’s been an incredible ride. And almost all of it has been great. Obviously, I wished I finished these books sooner so the show hadn’t gotten ahead of me. I never anticipated that.”

When showrunners D.B. Weiss and David Benioff signed on to create the “Thrones” television adaptation, they had an infamous meeting with Martin where he spelled out the intended ending to his book series. For this reason, despite the show deviating from the books in various ways over the years, the series finale is expected to finish in the same place as Martin’s final novel. While the end will be spoiled, Benioff believes there will still be lots of surprises for “Thrones” readers in Martin’s next two books given all the changes the show made.

“[The concern] used to be that the books would spoil the show for people — and luckily it did not for the most part,” Benioff says. “Now that the show is ahead of the books, it seems the show could ruin the books for people. So one thing we’ve talked to George about is that we’re not going to tell people what the differences are, so when those books come out people can experience them fresh.”

Martin used to write an episode of “Thrones” each season but decided to step away from the production side of things after Season 4 in order to devote all his time to finishing “The Winds of Winter.” Weiss told EW that juggling the book franchise and the television series was an uneasy balancing for Martin.

“The differences between the show and the books became difficult to track in parallel,” Weiss said. “It’s almost like he was in a weird science-fiction movie trying to keep two similar-but-different universes in his mind at the same time.”

All of Martin’s work on “The Winds of Winter” kept him from even reading what the showrunners had in store for the show’s final season. “I haven’t read the [final-season] scripts and haven’t been able to visit the set because I’ve been working on ‘Winds,’ Martin said. “I know some of the things. But there’s a lot of minor-character [arcs] they’ll be coming up with on their own. And, of course, they passed me several years ago. There may be important discrepancies.”

"It’s the end for a lot of people,” Martin concluded. “It’s not the end for me. I’m still deeply in it. I better live a long time because I have a lot of work left to do.”

The final season of “Game of Thrones” begins April 14 on HBO.