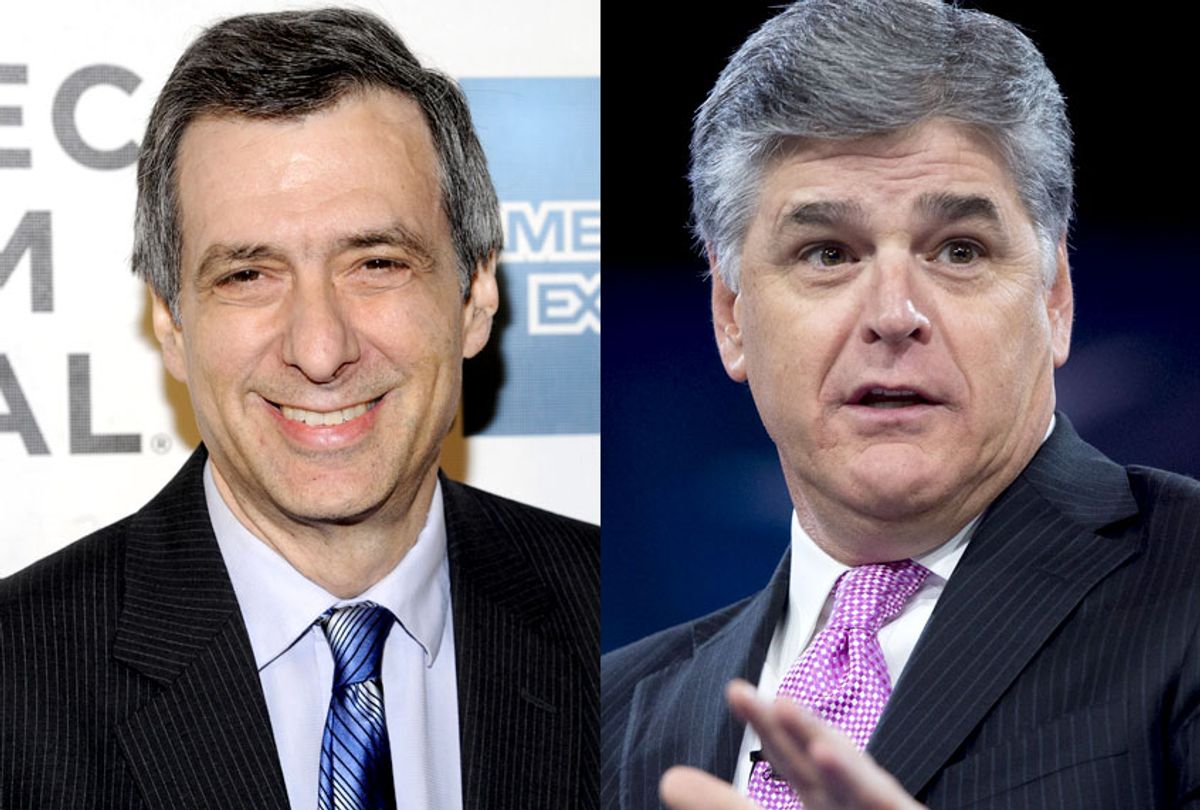 Last week's House Oversight Committee hearing, in which Michael Cohen, Donald Trump's former personal attorney, testified about Trump's alleged crimes and misdeeds for hours, is proving to be quite a fruitful start for the newly elected Democratic majority in the House of Representatives. Using that testimony, as well as information gathered by journalists and other investigators, as a starting point, House Democrats sent out more than 80 letters on Monday to various figures in Trump's orbit, demanding documents and threatening subpoenas if they weren't turned over.

On Wednesday, Cohen showed up for a closed-door meeting with the House Intelligence Committee with three suitcases of what was presumably evidence. Committee chair Adam Schiff, D-Calif., confirmed that Cohen brought documents for review and told reporters that Cohen "was fully cooperative with the committee" during the eight-hour meeting.

Things are getting tougher for Trump's propaganda troops, who primarily work through Fox News but are also fanned out as talking heads through the rest of the media. The Trumpian defense strategy, flowing from the president's own eagerness to characterize any form of investigation as "presidential harassment," has been to characterize the whole thing as a baseless fishing expedition.

Concern troll Howard Kurtz, writing at Fox News, warns that Democrats are "defining themselves as the party of investigation" and claims this is a "tactical error" that "that plays into President Trump’s hands."

Um, what? If Trump is so thrilled by all this, why did he spend two hours raving incoherently in a puddle of flop sweat during his CPAC appearance on Saturday. He did not seem possessed of the calm confidence of a man who has got this.

On Wednesday morning, Fox News host Steve Doocy claimed, "It's not like the Democrats have any evidence that the president broke any laws," a baffling statement that requires ignoring the testimony and documents provided by Cohen, the numerous convictions and guilty pleas of people in Trump's orbit, the illegal Stormy Daniels payoff, and substantial reporting from the Washington Post and the New York Times showing Trump's likely involvement in a multitude of financial crimes.

On Wednesday evening, Sean Hannity went all out in painting Trump as a victim of overreach, calling the investigations "a perjury trap" and warning Democrats that "they are now headed down a dangerous path." Yeah, but dangerous for whom?

Democrats should not be fooled by Fox News' recently discovered concern for the party's political future. In reality, the only reason these employees for Trump's favorite propaganda network are trotting this line out is because they are afraid what these investigations will do to Trump and the Republicans, not the ways they might hypothetically damage Democrats.

Conservative pundits desperately want the public to see these  investigations as a form of payback for the years of phony investigations Republicans ran during Barack Obama's administration, such as holding 33 hearings into the "Benghazi" conspiracy theory that was so convoluted even its own adherents couldn't really understand it. It's true that by abusing its oversight powers in that way, the Republican congressional majority did a good job of fixing the idea in the public's mind that investigations can be little more than worthless partisan theatrics. Trump's followers will be happy to imagine that this is just Democrats doing to Trump what Republicans did to Obama — even if that means tacitly admitting that "Benghazi" was never a real investigation.

But the big difference between the Benghazi investigation and the various investigations into Trump's epic corruption is simple: The latter are based in reality.

Conservative pundits are betting that won't really matter, and they aren't necessarily wrong. Over the years, they've been able to kick up enough smoke and dust to confuse the basic distinction between reality and conspiracy theories. Primarily, however, their success have come in leading people to believe in not-real things, such as the WMDs in Iraq or unnamed "scandals" lurking in Hillary Clinton's emails.

Hiding something that is really real, such as Trump's likely criminality, might prove a more difficult task than making up conspiracy theories and feeding them to the mainstream media.

A Quinnipiac University poll released Tuesday shows this. Nearly two-thirds of Americans, or 64 percent, believe that Trump committed crimes before becoming president. Somewhat fewer, 45 percent, believe he continued to do as president.

On one hand, those numbers could be read as depressingly low, since there are a number of well-documented Trump actions that are probably criminal and could have resulted in arrest if he hadn't been president. Obstructing justice, witness tampering and tax fraud are all well-documented. Trump was also implicated as a co-conspirator by Cohen in a conspiracy to commit campaign finance  fraud with the Stormy Daniels payoff.  Ideally, 100 percent of Americans should believe Trump to be a criminal, as that's clearly the smartest bet based on the publicly available evidence.

Still, considering the enormous propaganda machine geared toward confusing the issue, coupled with mainstream media's understandable wariness about labeling Trump a criminal without a conviction, these numbers are good. They suggest that the truth is breaking through the wall of obfuscation thrown up by right-wing propagandists, who are the only or primary source of "news" in much of the country.

And all this is even before the Democrats have started to collect the evidence from those 80-plus document requests, and before they reveal the findings of their closed-door sessions with Cohen. Of course, it's also before any version of the Mueller report has come  out. There's every reason to believe that much more information will be coming. And Trump's efforts to block the flow of information only serve to make him look guiltier, especially since he's breaking with the expectation of transparency with the American people, for whom he supposedly works.

As that information flow increases, the tone of desperation on Fox News and in Trump's Twitter feed, which is already shrill, will probably reach heights that Mariah Carey can't sing. But if the recent past is prelude, this kind of clawing denialism isn't going to work. Trump has been screaming "witch hunt" for two years now, and fewer people believe it all the time. What happens when Democrats produce his cauldron and his eye of newt?