"Facing the Dragon": How Sedika Mojadidi made her "immersive and intimate" doc about Afghan women

Salon talks to the director of a new documentary about two women, a politician and a journalist, in Afghanistan 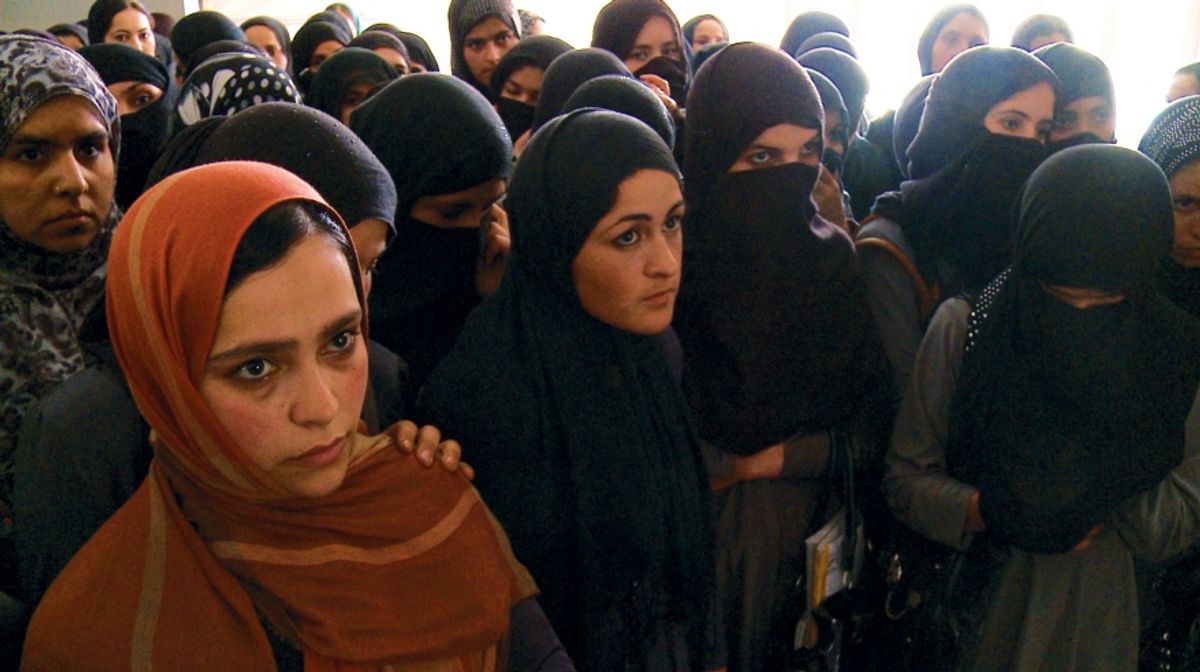 Sedika Mojadidi’s urgent, cogent documentary, “Facing the Dragon,” chronicles the lives of two Afghan women — Nilofar, a doctor-turned-politician, and Shakila, a journalist for Tolo TV news — in 2014 as they respond to the Taliban regaining power in their country. The film, which will screen at the D.C. Independent Film Festival March 9, shows how these women advocate for women’s rights and make heartbreaking choices regarding country and family. (“Facing the Dragon” also airs on PBS’s “Doc World” on March 17).

Mojadidi’s observational documentary cross-cuts between her subjects. Nilofar feels an obligation to represent her country and speaks on behalf of women. She combats the patriarchy in Parliament, where she says, “Resistance is an art of endurance.” She advocates for a bill banning violence against women. (A brief scene depicting a public stoning drives that point home). Meanwhile, Shakila is working to give a voice to victims who are forced to keep silent in the face of oppression. When she asks an Afghan woman if she will vote in an upcoming election, the woman replies, “Do you want me to be killed?” and the woman insists she is not voting.

Both women also grapple with sending their children away for safety; their lives are being threatened. One of the most shocking stories in the film has Nilofar’s neighbor’s son kidnapped for a day — the child was mistakenly thought to be hers.

Mojadidi spoke with Salon about these inspiring women, making “Facing the Dragon,” and the dangers she and her subjects face.

You open your documentary with a voiceover describing your own experience of having one foot in the old land (Afghanistan) and one foot in the new land (America). Can you describe being pulled back to your roots? Roots and dedication to Afghan civilians — women in particular — are what drive Nilofar and Shakila.

I was born in Kabul, and my parents were immigrants. I grew up in America. My experience is similar to people from somewhere else. My parents looked back to Afghanistan. I grew up in a traditional Afghan family in Florida. l have always lived in these two different worlds. I’ve been trying to reconcile my identity in both of those worlds and understand my relationship to both of those worlds. I’m American, but there’s a deep part of me that’s very Afghan that might not come out when people meet me in the street.

There was this moment for me when the U.S. invaded, and I went back to Afghanistan. I wanted to have my own relationship, create my own experiences, and not have my parent’s experiences be my only reference. That was my reason for making the film — to connect with people my family didn’t know. I could create my own friendships and forge my own relationship to the country.

You shoot the film in an observational style. Can you discuss your approach to telling this story?

I love observational cinema and that’s primarily what I work in. It was a political choice on my part — I wanted it to be immersive and intimate and get so close to my characters and stop thinking of them as Afghan women and this “crazy place” and connect with them as people. That hasn’t happened in a lot of docs I’ve seen from that part of the world. It takes an intention behind what you’re doing — what you’re shooting, how you’re shooting it, and why. I was clear in the editing that there would be no long expositional interviews, or cues telling you what the scene was about or how you’re supposed to feel about the scene. I wanted the audience to work with the material on their own.

It’s very effective. How did you find these two subjects, and what can you say about getting the women and their families to appear on camera?

I think that people assume that it was easy for me to get Shakila and Nilofar on board. It was not. It was extremely difficult. The invisible story behind the film is that the ease I have with them took two years of my trying to build a relationship with them and show them my intention with the film. I was consistently working at trying to convince them that they would find it valuable in the end. It took a long time. They didn’t return phone calls for months. The scene with the village elders took me two years to get access to film. I was told there was no way I was going to film that. Nilofar’s family was great and wonderful. I had scenes with her mother, who singlehandedly made her a politician, but the third year of filming her mother withdrew from the film because she feared repercussions. That was painful for me. I spent so much time and it was such an incredible part of Nilofar’s story — but I respected her decision. The people I filmed because of Shakila and Nilofar — they trusted that I wasn’t going to do anything that was exploitative.

There are discussions about the patriarchy in Parliament, and how they are often against human rights — some men have backgrounds as warlords. Can you discuss how Nilofar is able to make any progress and why she is so committed to her work, even as it splinters her family?

That was something that I think was important for me to get — a scene that expressed why she was willing to separate from her children and not give up her political career. She still struggles with that decision today. I feel that part of it is that people in her province need her as much as her children do. She does a tremendous amount of on-the-ground work, and she feels needed by people there.

Shakila is equally inspiring as she tries to help the families of victims who were caught up in an explosion or interviews a woman who was injured in another bombing. She tries to keep the peace and help people, but she often encounters roadblocks. What observations do you have about her character and how much “progress” she makes?

She has a different scenario. Nilofar has a husband who is super supportive. Shakila is a widow and didn’t have a husband to send kids off to. And that was one of the most difficult things. She feels unreconciled, but she feels her children needed to [move]. She’s a very resilient person.

Shakila told me she would never leave Afghanistan. She grew up with bombs going off around them. It wasn’t shocking for her the same way it is for us. Afghans live with a certain amount of violence. We have street killing in the U.S. and we are pretty normalized, unfortunately.

Despite the withdrawal of American troops, there is still not peace in Kabul and Afghanistan. How do the subjects of the film feel about American involvement and the perceived failure of these efforts?

They feel disillusioned, and ambivalent like most Afghans. Nilofar is a politician, so she sees the inside story of how the Afghan government doesn’t work and the failure of the peacekeeping forces. Shakila is a journalist who documented the war, so she also sees the toll it’s taking on Afghan civilians. They feel what Shakila said, “100,000 professional troops in this country, and they couldn’t do anything.” It was about a military presence and not the Afghan people. When Obama came to the Presidency, they started the “Hearts and Minds” campaign. But that was six years into the war. The Bush administration was not interested in the Afghan civilians while the troops were there.

What can you say about the danger you faced making this film?

I’ll be honest. I never really thought about it. I was willing to put myself out there. I was with two women who were high profile who were at risk as well. I wasn’t scared in Afghanistan. I wasn’t afraid. I felt this is what I want to do and I’m willing to this and with people that I love. And if something happened, let it be quick. Could I do it again? I don’t know.