Will the U.S. put sanctions on every country that doesn’t bend to its will?

The objectives are the same: the US will suffocate a country as long as it does not do what the US want it to do 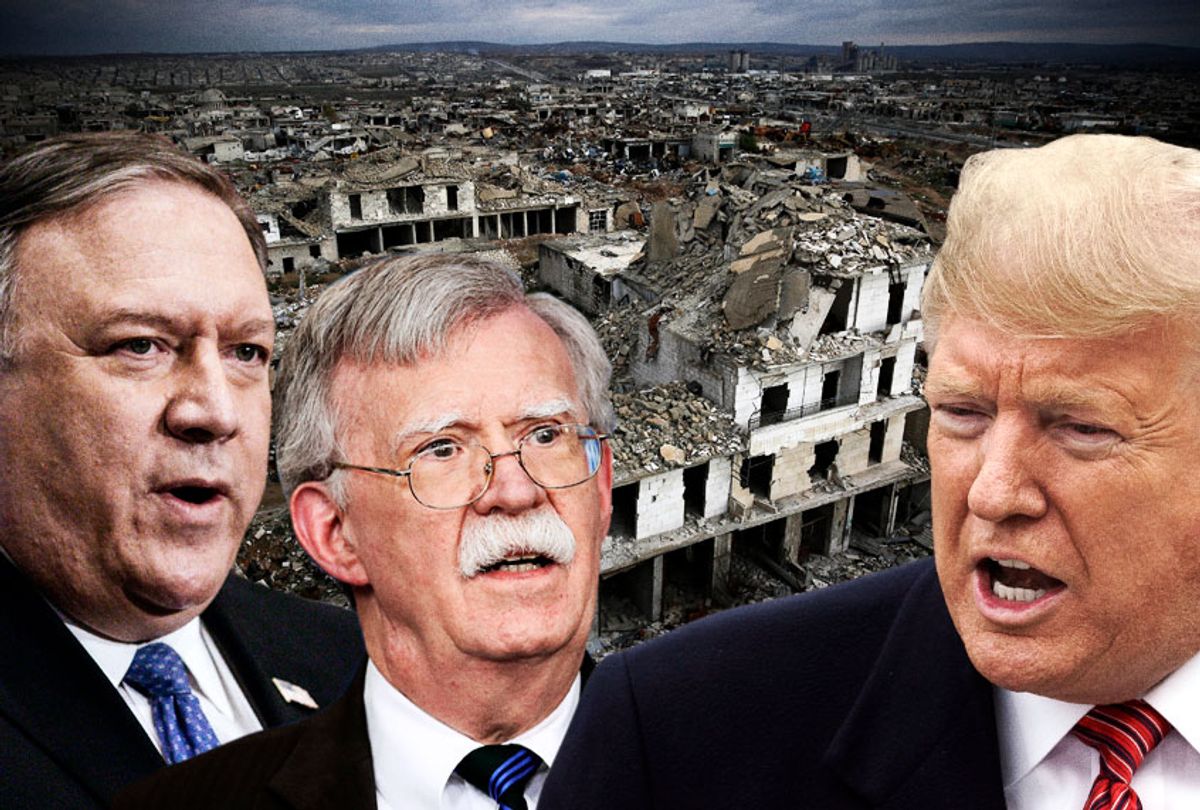 The phrase is used over and over again by the government of the United States. “Strongest sanctions in history”—now against Iran, then against Venezuela. U.S. government officials revel in the timbre of exaggeration, their phrases shaking countries and overturning civilizations. It is hard to keep track of how many countries the United States currently sanctions. There are the obvious ones: China, Cuba, Iran, North Korea, Russia and Venezuela.

But, in fact, the U.S. Treasury Department sanctions list begins with “Balkans-Related Sanctions” and ends with “Zimbabwe Sanctions.” This is not the total list. There are sanctions for counterterrorism and for counternarcotics, for the rough diamond trade and for non-proliferation. These are not always the “strongest sanctions.” Those are reserved for a handful of countries, the ones that are at the center of the international news cycle.

The objectives of these sanctions are broadly all the same—that the United States will suffocate a country’s ability to trade and access finance as long as it does not do what the United States of America asks it to do. Little wonder that the 1990s name for the countries that are targeted for sanctions was “rogue states” (a term adopted by U.S. National Security Adviser Anthony Lake). If they were “rogue”—meaning that they were unwilling to bend to U.S. power—then they needed to be brought to heel. The initial list of “rogue states” from 1994 included Cuba, Iran, Iraq, Libya and North Korea.

The current list of “rogue states” (although the term has not been used officially since 2000) includes Cuba, Iran, North Korea, Sudan, Syria and Venezuela. The change in the list came not because of sanctions but because of massive U.S. military intervention against Iraq and Libya, killing their leaders and destroying their state institutions. When U.S. officials added Venezuela to the list of highly sanctioned states, they called it a “rogue regime” (Donald Trump) and they called it a “violent narco-state” (Nikki Haley).

The use of terms like “rogue regime” and “violent narco-state” is intended for a global public relations campaign. No sanctions policy, even if driven by the U.S. government, can succeed without international support, whether through the United Nations or with the conventional partners of the United States (principally the European Union). The point of using such harsh language and of reproducing a repertoire of clichés about a country (dictator, authoritarian, starvation, terrorism, drug cartels) is to delegitimize the government of that state and to begin to legitimize much more dramatic regime change protocols.

Massive military attack (Iraq and Libya) is the ultimate weapon to overthrow a government, while authorizing political change through the use of local force (Honduras, Haiti) is a preferable—because less bloody—option. Ground-level realities are irrelevant to this propaganda exercise. It is far more important to remain with the talking points, to flood media channels with the view that the government of this or that state is diabolical and that only its removal will open the way to solve the problems of the country.

It is a wonder that the major media outlets find themselves so easily sucked into the worldview of the U.S. State Department. There is no disbelief with the narrative produced out of Washington, D.C., whether the policy is being driven by an Obama or a Trump administration. Trump’s Venezuela policy is being pushed by John Bolton and Elliott Abrams, two men—one a convicted criminal—whose words should be carefully scrutinized for falsehoods. It beggars belief that anyone would accept that Bolton and Abrams—even Trump—have any concern for the humanitarian situation in Venezuela.

Senator Chris Murphy, Democrat of Connecticut, put it clearly, “Forgive me if I cast a tad of doubt on the humanitarian intentions of a President who locked little kids up in cages and tried to cut the State… [Department budget] by 40%.” Murphy means Trump, not Venezuela’s President Nicolas Maduro.

Against Venezuela, the United States government first attempted a coup in 2002—when “humanitarian aid” was not the pretext. Obama ramped up sanctions in 2015, not on “humanitarian” grounds. The “humanitarian” issue was only raised in late 2018—years after collapsed oil prices had created a serious problem inside Venezuela. The underlying U.S. policy is to change the government in Venezuela. Sanctions have been the instrument. The excuse for the sanction policy changes, whipping from human rights issues to concerns about hunger. But these lose their credibility.

U.S. embargo and sanctions against Iran began in 1979, when the United States used its power to try to suffocate the Islamic Republic. There was no talk then of nuclear proliferation. That became an issue decades later. Again, the policy of sanctions remains. The excuse for the sanction policy changes.

Destroy the Country to Save It

It’s hard to take seriously the outrage in Washington when the words “weapons of mass destruction” or “humanitarian catastrophe” fly out like fiery spit onto the dry tinder ready to explode. Irony dies a million times. To disarm a country, it must be bombed to smithereens. To feed a country, it must be prevented from freely importing food. A country is in distress; increase the distress to end the distress, destroy the country to save it.

In Agricola (98 AD), the Roman historian Tacitus quoted from Calgacus, the chief of the Caledonians (ancient Britons). Rome had invaded the British Isles. Calgacus had seen their ways up close. His speech is about the Romans, but it might as well apply today:

“These plunderers of the world, after exhausting the land by their devastations, are rifling the ocean. If the enemy is rich, they are motivated by greed. If the enemy is poor, they lust for domination. Neither the east nor the west satisfies them. Alone amongst men, they covet with equal eagerness poverty and riches. To ravage, to slaughter, to plunder—this is what they call empire. And where they make a desert, they call it peace.”

Calgacus, the Scot, is not remembered. We know the Roman leaders. That’s what gives arrogance to those with firepower. They think that history is on their side because they can bomb the world into their image. And indeed, the history books do side with them. So do newspapers.

In Caracas, Venezuela, I met many people like Calgacus. They had his views close to them, the sense that they could be fodder for the ambitions of people far away. Do the Koch brothers want Venezuelan heavy oil for their Flint Hills Resources Refinery in Corpus Christi, Texas? Does the U.S. right wing want to demolish the socialist experiments in Venezuela and Cuba? They channel the words of Calgacus, and—like the Iraqis before them—wonder if the pilots of U.S. bombers that circle above and the bankers of U.S. banks that seize their funds smile when they make Venezuela a ruin, a ruin that they will rename peace.