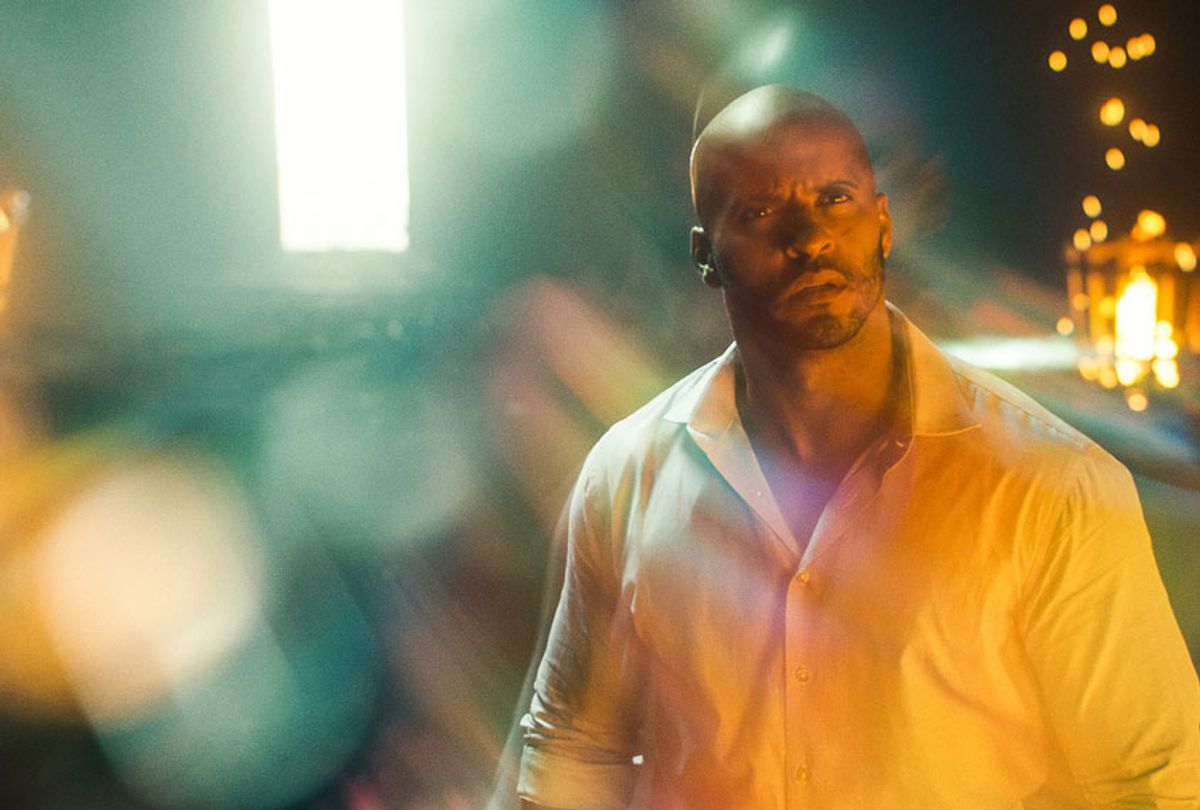 Neil Gaiman isn’t the prophet some people may be praying for. Even he would turn down the job if it were offered to him. Unluckily for him, the fictional world he constructed in “American Gods” has more relevance today than it did in 2001, when the novel upon which the Starz series is based was first published.

When he wrote "American Gods," Gaiman told Salon a few weeks ago, “the idea in my head was that I am somebody who's come to this country and I'm trying to make sense of it. And obviously I'm going to write a novel about all of different races who are here . . . I'm going to write something that will keep having these coming-to-America moments where people arrive and you get to see how that works and what they brought with them. For me, that all seemed very obvious and very big and not like anything that was going to surprise anybody or get anybody's back up.”

Then came the first season of the Starz series premiere, just a few months into Donald Trump’s presidency. “Suddenly the idea that we're doing an episode in which a Mexican Jesus, along with a bunch of Mexicans, are doing a border crossing, is huge and contentious,” he said. “And it shouldn't have felt like we were doing anything important, pointing out that a lot of Americans came here on slave ships and did not want to come here, and they came over and conditions that were appalling, and that many of them died. And you don't think that should be a big thing.”

It was, in addition to reported tensions behind the scenes of the show itself. But we’ll get to that.

The notion that galls Gaiman on the brink of season 2, kicking off Sunday at 8 p.m. on Starz, is that the themes of his shows have become “nightmarishly timely,” he said. “and I wish it wasn't, really. The fact that is, this was an immigrant's novel about an immigrant America. It's about the idea that everyone came here from somewhere. It's about the idea that you have a big planet and many cultures.

“It's about the idea of how the people who came to America over the last 20,000 years, what they brought with them and what they left behind,” Gaiman continued. “And it shouldn't be contentious. It shouldn't be timely. It shouldn't even really need pointing out.”

In its second season “American Gods” continues the journey begun in season 1 under the watch of showrunners Bryan Fuller and Michael Green, who were dismissed at the end of its run — Green described the parting on his Twitter feed as being fired — reportedly for going an estimated $30 million over the allotted budget to deliver the season.

But Green and Fuller imbued “American Gods” with a euphoric visual palette, one seductive enough to be felt in the second season — or, rather, one feels its absence. Together their lush style defined the drama's opening episodes and compensated, perhaps, for the fact that its first eight hours only made a bit of narrative progress.

According to a Hollywood Reporter story that ran in the fall, the second season’s showrunner Jesse Alexander, brought on to continue the journey while following more closely to Gaiman’s story, was “fired but not fired” before the new season was finished. The series still lacks a showrunner even though, according to Deadline, it is expected to return for a third season.

The problem, THR says, had to do with friction between Starz and Fremantle, the studio producing the series. Sources in the report also indicated Gaiman wished to assert greater control over the direction of the series. And one element of the trade story is corroborated in the credits: Orlando Jones, who plays Mr. Nancy, has a writing credit on the series to prevent running afoul of Writers Guild of America rules. This, according to the report, is due to frequent on-set re-writes, leading actors like Ian McShane (who plays Odin/Mr. Wednesday) improvising dialogue they considered to be more true to the original showrunners' vision.

Gaiman has flatly denied to multiple outlets, including Salon, that there were any internal conflicts behind the curtain that may have contributed to the new season’s delay. Then again, he also opened our conversation by saying he’d spent most of his time “deep down in the digital salt mines making ‘Good Omens’ [for Amazon, on which he serves as showrunner] until, literally, a couple of days ago. So I'm enjoying changing gears. It's nice to spend a day talking about something I didn't make rather that something that I did.”

The season premiere, Gaiman said, “has some of me in it,” (THR states he co-wrote the episode) but for the most part he says he worked with Alexander from afar and is content with the new season's creative divergences away from the book.

Kim replaces Gillian Anderson who, along with Kristin Chenoweth, aka Easter, was said to have departed in solidarity with Green and Fuller. Gaiman, however, told Salon that New Media was always meant to be a part of the Starz show, given the changes the world has sustained since his novel was first released.

The new season also embraces other sojourns away from the source material, particularly episode 7, written by Heather Bellson and centered upon the life of Mad Sweeney. “It's probably my favorite of the season,” he said. “A lot of that came out of me saying Heather and Jesse, ‘You know, I have all of this backstory on Mad Sweeney that never made it into the book. So why don't we do 6,000 years of Mad Sweeney and show him as a god in Ireland, showing how he became who he is?’”

“American Gods” and “Good Omens” are very different series, but some themes cross over, as they do in all of Gaiman’s work. “Part of the joy of ‘Good Omens’ is the idea that there is good and there is evil, but the weird thing is that you don’t find them in heaven and you don’t find them in hell, you find them inside human beings,” Gaiman told reporters at the Television Critics Association’s recent Press Tour in Pasadena. “And the frustrating thing is that you can find both good and evil inside the same people, because we’re all contradictory and frustrating.”

The question, particularly with the new season of “American Gods,” is which legends and systems one chooses to follow. The visuals in this new season are mundane comparison to the season 1’s rapturous galactic tapestries and color saturated reveries. But the performances, particularly those of Jones, Schreiber and  McShane, have enough heft to, at times, compensate for what's missing. That is, true believers may feel that way.

As for which god is most representative of America of 2019, Gaiman offered, “Technical Boy would probably be the most powerful. Or maybe New Media, which is why they're in the series. Think about the little glass and plastic things that you hold in your hands, that keep track of how many hours a day you spend staring at them and tell you, ‘Hey, it's a good day today. You only spent two and a half hours looking at this piece of glass.’

“There are very few committed monks out on islands who don't have to do anything except get up and pray and, and, you know, clean the monastery, who would give the amount of dedicated attention to their religions that we do to our phones.”

Heaven help us, he’s not wrong.