Inconsistent groundings. Fears that Boeing was cutting corners. Is the public fear overblown? 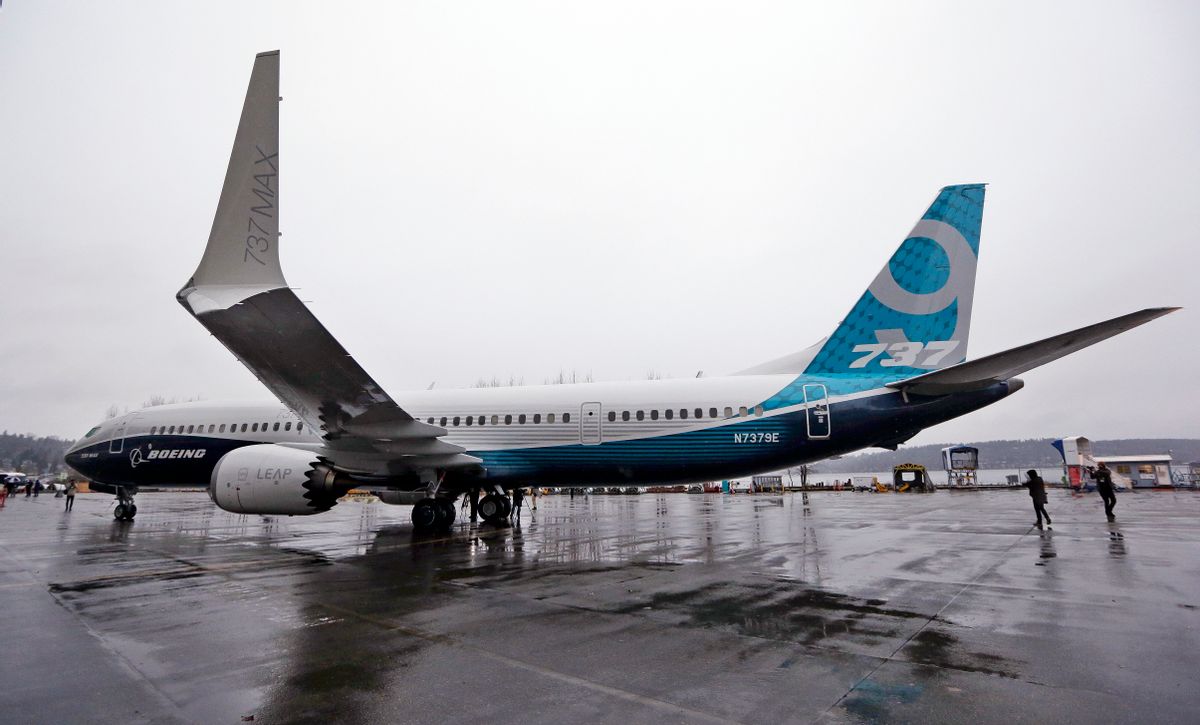 On Sunday, March 10, Ethiopian Airlines Flight 302 crashed, killing all 157 people on board. The Boeing 737 Max 8 took off from Addis Ababa, Ethiopia’s capital, and was headed to Nairobi, Kenya. Since the crash, many concerns have been raised around the safety of the 737 Max 8, which is one of Boeing’s fastest-selling airplanes, nearly 4,700 orders from more than 100 customers.

The plane, according to various reports, struggled to ascend steadily. The pilot reportedly sent out a call to return to the airport, but nearly six minutes after takeoff it dropped to the ground and crashed in a town southeast of the capital. The victims were from 35 different countries; 22 worked for the United Nations and were on their way to an annual conference.

The pilot of the plane was senior captain Yared Getachew; according to a statement by Ethiopia Airlines, Getachew had flown more than 8,000 hours in his tenure. The blackbox has been recovered, which will give officials more insight into the final minutes. However, the cause of the crash remains unclear, and while it might be too soon to speculate, the actions of various airlines and countries suggest it might have to do with the aircraft model.

Since the Ethiopian Airlines crash, some countries have grounded their 737 Max 8 models. On Monday, The Civil Aviation Administration of China ordered that all domestic Boeing 737 MAX 8 ground until further notice due to its rule of "zero tolerance for safety hazards." China has one of the world’s largest fleets of the model. Ethiopian Airlines followed China’s move.

“Although we don’t yet know the cause of the accident, we had to decide to ground the particular fleet as extra safety precaution,” Ethiopian Airlines said in a statement.

Cayman Airways, and the country of Indonesia, grounded their fleets, too.

The United States said they would keep flying the aircraft. Southwest Airlines and American Airlines, two of the biggest buyers of the aircraft in the U.S., said it would continue flying the Boeing 737 MAX 8. The Federal Aviation Administration said that it would issue a “continued airworthiness notification” for the aircraft, too.

This international discrepancy — in which some airlines are grounding their planes and others aren’t — has prompted concerns from travelers, some of whom have taken to social media to correspond with airlines to identify the aircraft for their flights. Boeing’s stock dropped by 13 percent on Monday, but bounced back to around 5 percent by the end of the day — hinting that the company may be facing a PR crisis.

Patrick Smith, a pilot, host of askthepilot.com and former Salon columnist, told Salon it is unusual for an airline or country to ground an aircraft mode, but not unprecedented.

“Well first of all, for an aircraft to be grounded outright by any country is pretty unusual, but it has happened... if you go back to planes like the Comet and the 787, temporary groundings aren’t unprecedented,” Smith said. “Why did Indonesia choose to ground these planes? I don’t know, you’d have to ask the regulators. It seems like they might be jumping the gun a little bit, because we don’t have a full enough understanding of what happened.”

The Ethiopian crash involved the same plane model that crashed in October in Indonesia, which killed 189 people on board. Officials said that aircraft was not airworthy, prompting relatives of Indonesian crash victims to file lawsuits against Boeing. Shortly after that crash, investigators turned their attention to an instrument failure with the Maneuvering Characteristics Augmentation System (MCAS), which could have resulted in the plane entering a fatal dive.

Following the crash in Indonesia, it was reported that the addition of the MCAS flight-control system had not been properly communicated to pilots, raising more eyebrows in the industry.

Smith emphasized while it is really too early to speculate, if the same problem occurred for the Ethiopian Airline flight, a pilot would have been briefed on how to manage a similar equipment failure following the scrutiny from the Indonesian flight.

“With the Lion Air crash fresh on any 737 MAX pilot’s mind, you’d expect the crew to have recognized the malfunction right away and reacted accordingly,” Smith said. “Did they realize what was happening? Did a disconnect [happen[? Or was the problem something else completely? We don’t yet know, but there’s a lot at stake here — for Boeing, for the world’s airlines, and for the traveling public.”

Charlie Miller, vice president of communications for Boeing, released a statement saying the jetliner manufacturer is not planning to issue new guidance to its operators, according to CNN.

"We have engaged our customers and regulators on concerns they may have -- and would refer you to them to discuss their operations and decisions," the statement said. "Safety is our number one priority and we are taking every measure to fully understand all aspects of this accident, working closely with the investigating team and all regulatory authorities involved. The investigation is in its early stages, but at this point, based on the information available, we do not have any basis to issue new guidance to operators."

Smith told Salon while plane crashes understandable receive a lot of attention these days, it is important to remember it is relatively safer to fly today than in the past.

"Accidents nowadays they tend to get a lot of attention but we don't see nearly as many of them as we used to," he said. "These make people very anxious which I understand. But step back and look at air safety globally — statistically it has never been safer than is now."