Russian spies were all over the 2016 race. They were working for one candidate: Donald Trump

Vladimir Putin had spies on the ground and online, he got them in early and he used them often all for one purpose 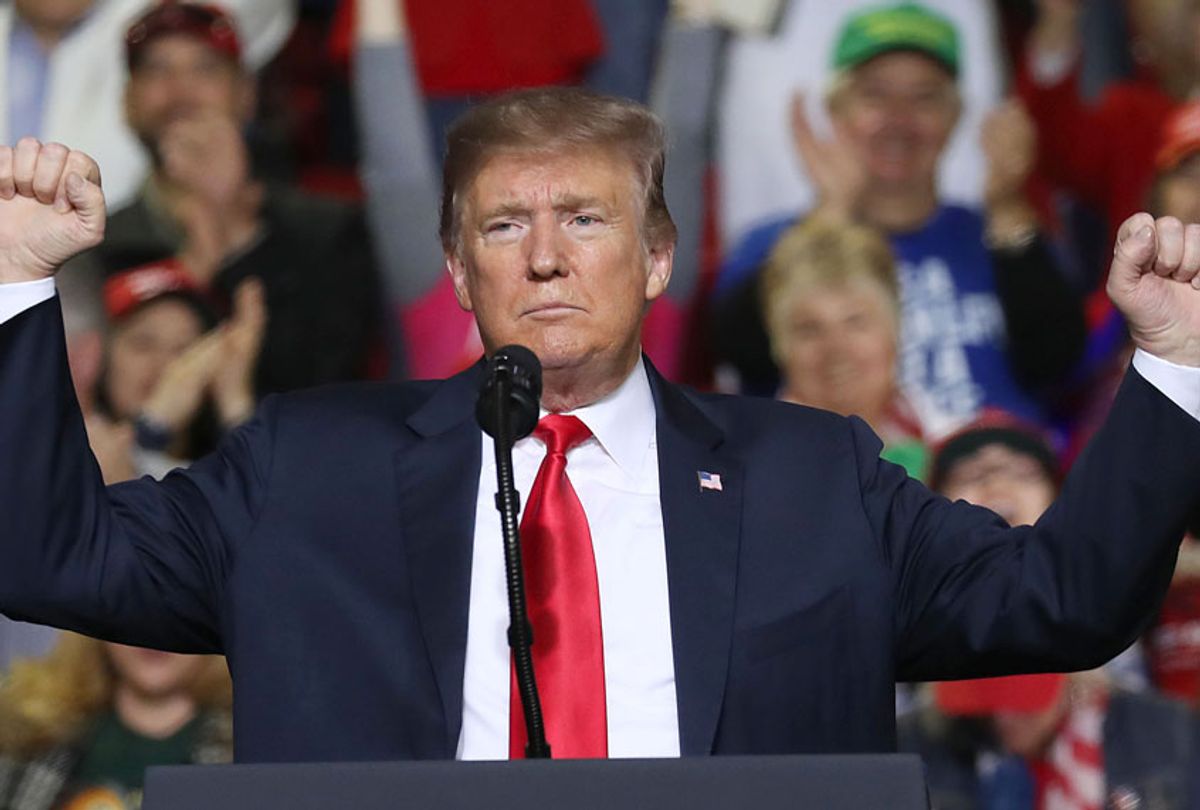 Let’s take a trip into the mind of Vladimir Putin in the Summer of 2015 about the time that Donald Trump announced his candidacy for president.

The Russian president is sitting over there in Moscow, and he’s a very unhappy man. The summer before, in 2014, numerous government officials, oligarch friends of Putin, and several financial institutions owned by the Russian government had been sanctioned by the Obama administration in retaliation for Putin’s invasion of Ukraine and seizure of Crimea. Among the banks sanctioned was the Vnesheconombank (VEB), a government owned bank with offices in New York and elsewhere in the United States that Putin and his pals had used to spy on American financial institutions and to launder money.

Putin had already started making moves in 2014. Russia’s Internet Research Agency (IRA) in St. Petersburg, almost certainly a civil arm of the Russian intelligence agency, the GRU, and funded by the Russian government, had already begun operating within the United States. The IRA had established its so-called “Translator Project” back in April of 2014 and within months had sent two of its agents into this country on visas obtained under false pretenses. These agents had the mission of establishing the internet infrastructure necessary to infiltrate and interfere with the upcoming presidential campaign by buying false identities, laundering Russia-supplied money, and establishing web pages and Facebook accounts that could be used during the campaign.

By the summer of 2015, Putin apparently concluded that the best way to get the sanctions on Russians lifted was to make sure that the next American president was friendly to Russia and likely to go along with Putin’s desire to have the sanctions canceled.

That summer, the Internet Research Agency began buying political ads on Facebook and using fake Twitter accounts to post messages about divisive political issues and critical of Hillary Clinton. According to testimony given to the Senate Judiciary Committee by Facebook, over the next two years more than 150 million Americans had seen fake political information posted on Facebook and Instagram by the Internet Research Agency. According to a 2017 report in The New York Times, fake Russian accounts on Twitter posted hundreds of thousands of anti-Clinton messages using automated “bots.”

Also in the summer of 2015, the Dutch intelligence service, the AIVD, informed its counterparts in the American intelligence community (probably in the CIA and or NSA) that a Russian group of hackers known as Cozy Bear, working for the GRU, had hacked the Democratic National Committee computer networks.

Let’s stop right there. By any measure, this is espionage activity by a hostile foreign power. The object of the espionage might not have involved what we usually think of as national security secrets such as information about U.S. military capabilities and intentions or nuclear warfare, but it was espionage nevertheless. Agents of the Russian government were secretly obtaining information about the American political process and using that information to benefit one political party, the Republicans, and to damage the other political party, the Democrats.

In the world of business, this would be equivalent to obtaining industrial secrets from one business and using them to benefit a business friendly to the hostile power. Two Russian intelligence agents were convicted of just such a scheme in New York in 2013. One of the agents was working for the bank that was owned by the Russian government and sanctioned by the U.S. Treasury in 2014 after Putin’s seizure of Crimea, the Vneseconombank.

So the government of Vladimir Putin had unleashed its main intelligence service, the GRU, to spy on the Democratic Party. And Putin’s government was using the Internet Research Agency to establish an infrastructure within the United States that it could use to influence the presidential election against Hillary Clinton, known to be no fan of Putin’s.

And what was happening right about then in New York City? Why, isn’t that Donald and Melania Trump I see slowly descending the escalator in Trump Tower? Why, yes, it is! It’s June 16, 2015, and Donald Trump throws his proverbial hat into the proverbial ring of the 2016 presidential race.

What else did Putin have going on that summer? Well, gun-loving Russian spy Maria Butina was running around the United States hatching plans with American political consultant Paul Erickson to influence the presidential campaign. She writes a proposal for something called the “Diplomacy Project” in which she proposes to use her contacts with prominent Republicans in the National Rifle Association to influence American policy with Russia. She checks in regularly with her Russian sponsor, Alexander Torshin, a Russian politician and Deputy Governor of the Central Bank of Russia who is close to none other than Vladimir Putin. They also meet with American officials of the Federal Reserve and an undersecretary of the Department of the Treasury. In July of 2015, at a conference in Las Vegas known as “Freedom Fest,” Butina asks candidate Trump if he is elected president, will he lift sanctions on Russia. Trump allows as how that’s not a bad idea.

In the summer of 2018, Butina pleaded guilty to conspiracy against the United States, admitting in her plea: “With Person 1’s [Erickson’s] assistance and subject to Russian Official’s [Torshin’s] direction, Butina sought to establish unofficial lines of communication with Americans having power and influence over US politics. Butina sought to use those unofficial lines of communication for the benefit of the Russian Federation, acting through Russian Official [Torshin].”

Wait a minute! We’re getting ahead of ourselves! Who’s that I see over there, running around and making big moves over the summer of 2015? Why, it’s George Papadopoulos, applying for a position in the Trump presidential campaign. When he doesn’t gain that position, young Papadopoulos goes to work on the Ben Carson campaign. The Carson campaign runs out of steam a few months later, in January of 2016, and Papadopoulos redoubles his efforts to join the Trump campaign. In March of 2016, he gets an interview with a top Trump campaign official for the position of foreign policy adviser. According to the Department of Justice sentencing memorandum filed by his lawyers at the time he was sentenced to a short term in prison after pleading guilty to lying to the FBI about his contacts with Russians Papadopoulos is informed by a Trump campaign staffer during the interview that the Trump campaign’s “focus would be on improving relations with Russia.” Papadopoulos is hired, and later in March of 2016, Trump announces to the Washington Post that he has named him as a foreign policy adviser to his campaign.

Big things are in store for young Papadopoulos in the coming months, as he meets with a mysterious “professor” Joseph Mifsud in London and is told by the “professor” that during a recent trip to Moscow, officials of the Russian government informed him that they have “dirt” on Hillary Clinton in the form of “thousands of emails” that they are willing to share with the Trump campaign. Papadopoulos dutifully reports this interesting little tidbit back to Trump headquarters in New York City.

In the space of less than two years, Putin’s circle is closed. The Russian president wanted to find a way to get the Obama sanctions on Russia lifted. He salted the soup of the American political process with the Internet Research Agency and his main intelligence service, the GRU. The Internet Research Agency put its agents on the ground in the United States and began setting up fake Twitter, Facebook, and Instagram accounts they could use against Hillary Clinton. The GRU began its hacking of the Democratic Party’s computer records. By March of 2016, two contacts with the Trump campaign had been made. A person acting on behalf of the Russian government reached out to George Papadopoulos with an offer to help the Trump campaign, and Paul Manafort, a man well-known in Russian political and intelligence circles had been hired by the Trump campaign.

Donald Trump hadn’t even gotten the Republican nomination for president yet, and everywhere you looked around the Trump campaign, there were Russian spies at work. It’s almost as if it was all part of a plan, and it was. It was Putin’s plan, and Trump was its beneficiary.