The poorest Americans are probably feeling the aftershocks of the partial government shutdown, weeks after it ended 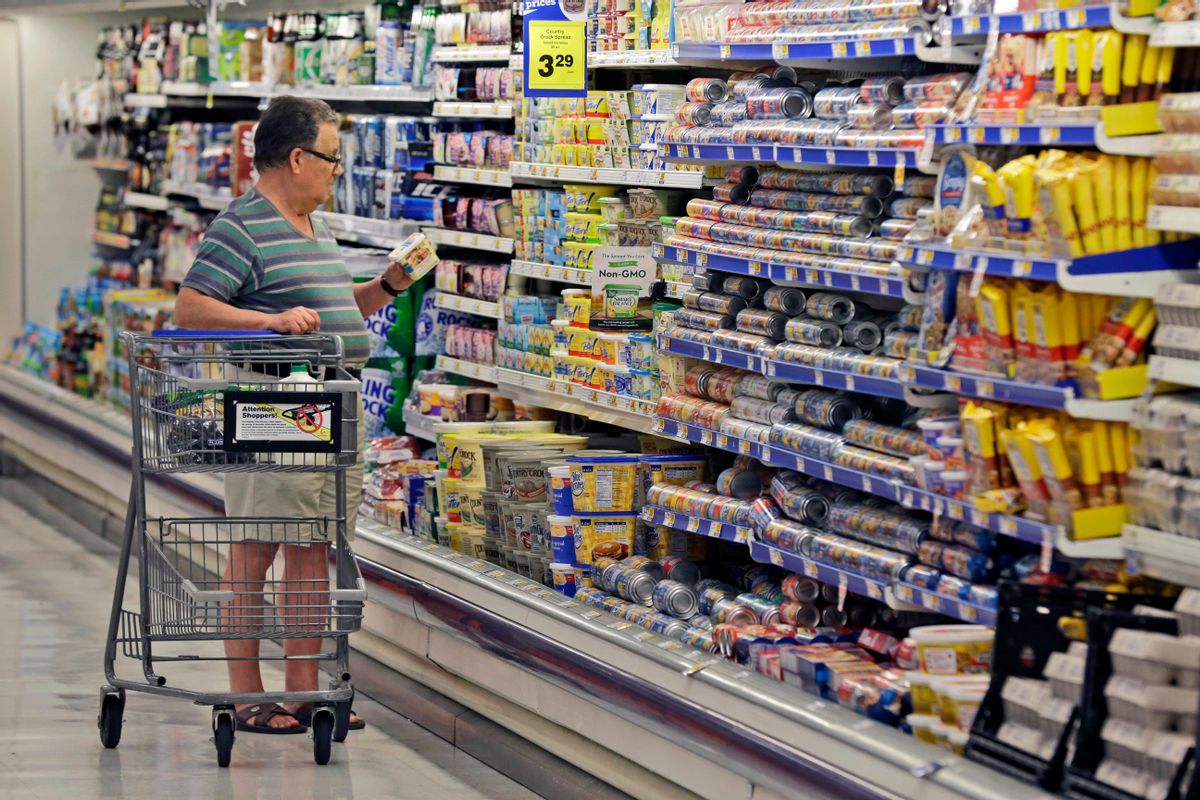 FILE - In this June 17, 2014, file photo, a shopper looks at an item in the dairy section of a Kroger grocery store in Richardson, Texas. (AP Photo/LM Otero, File)
--

Millions of the poorest Americans are probably feeling the aftershocks of the partial government shutdown weeks after it ended.

One big reason for that is how it disrupted the flow of Supplemental Nutrition Assistance Program benefits. Florida, Ohio, Virginia and many other states are adjusting their monthly disbursements to avoid making SNAP recipients go 50 days or more without any assistance. But the distribution schedule will be altered in many cases through mid-April.

We are health economists who have studied how public policies affect low-income people. We have found that the timing of when benefits through the program, commonly referred to as SNAP or food stamps, are disbursed affects everything from what and how much people eat and how well children learn to how likely they are to visit the emergency room.

More than 40 million Americans get benefits from SNAP, the nation’s largest program designed to alleviate hunger. All households receiving SNAP benefits get them only once a month through Electronic Benefit Transfer cards, which work like debit cards. The actual date varies in part because the states have flexibility in how they administer this federally funded program managed by the U.S. Department of Agriculture.

Out of concern that the government shutdown might jeopardize funding, the USDA told the states to distribute benefits that were slated for February in January. This change occurred even though the shutdown ended in January and we are seeing ample evidence that it disrupted SNAP distribution schedules.

Most SNAP households spend their benefits soon after their disbursement, making it a struggle to keep food on the table before the next time their benefits arrive. Brown University economist Jesse M. Shapiro observed a 10 to 15 percent decline in caloric consumption between the first and last week of the benefit month.

Having less to eat appears to take a toll on the academic performance of many children. When we assessed low-income students’ test scores, we found significant declines in performance in the final week before their families received their SNAP benefits – when those children were more likely to eat less. Other researchers have reached similar conclusions.

Additional research has shown that school children have more behavioral problems and discipline issues at the end of the period between SNAP benefit disbursements.

The timing of when food stamp benefits are dispatched may also have something to do with an increase in trips to the emergency room. Emergency room visits by people who get benefits but have not gotten any for nearly a month are more likely caused by asthma, anemia, diabetes or hypocalcemia – a condition caused by a very low level of blood sugar.

We believe that this happens partly because of people spending some of their own money on food – instead of insulin, inhalers and other medications. Even without schedule changes, we believe that SNAP benefits are too low, leading to rationing and other hard choices when they run out after a few weeks. For the Americans who rely on them, the disruption due to the shutdown only made this problem worse.

John Gordanier earned his Ph.D. from the University of Wisconsin, Madison, in 2006 and his B.S. in Economics and Statistics from the University of Missouri, Columbia, in 2000. He joined the Department of Economics at the Darla Moore School of Business in 2007 after spending one year as a visiting assistant professor at Amherst College. His research interests are in personnel economics, labor economics and industrial organization. He is currently a member of the advisory panel for the Law Firm's Working Group, a cross-disciplinary group of researchers studying empirical aspects of law firms.