Beyond Operation Varsity Blues: Our education system is broken—and exploitable—from the bottom up

Pay-to-play education loopholes are standard for wealthy kids, and it starts early with public school inequality 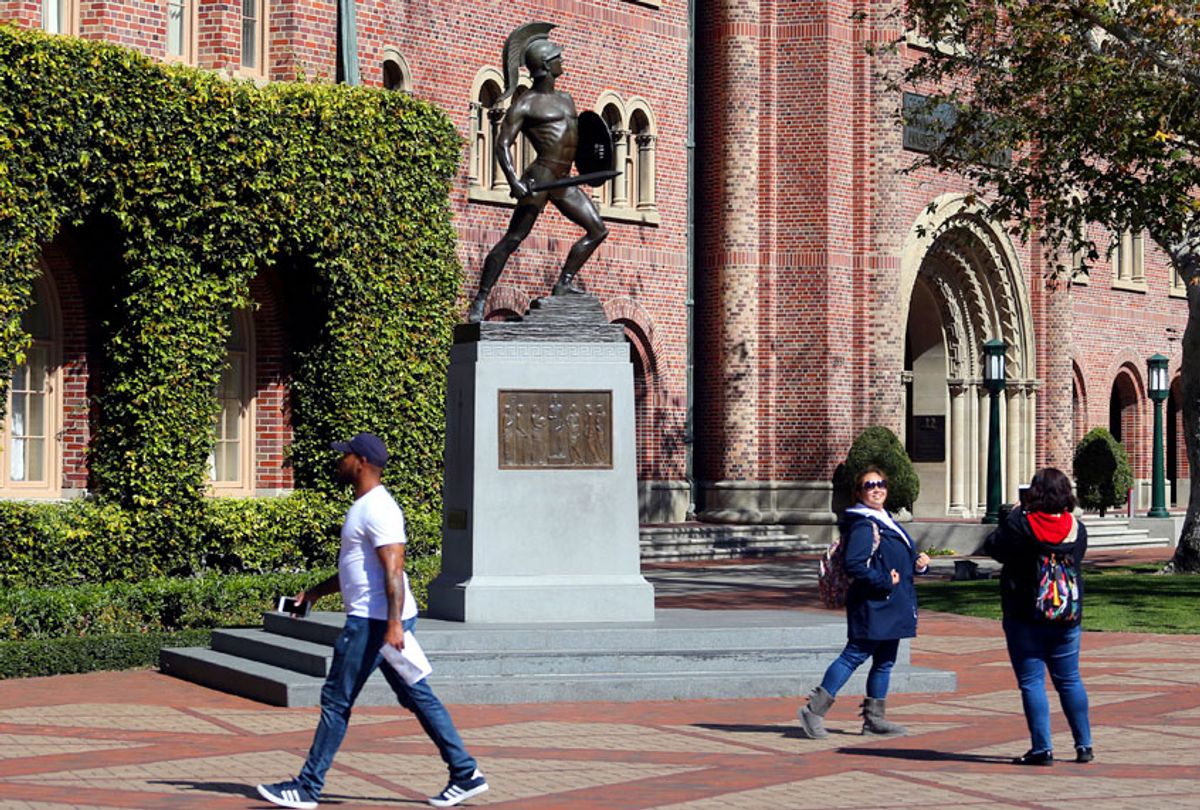 We know that Felicity Huffman and Lori Loughlin have been charged as a result of a huge investigation that involves fraud, bribery, cheating and rigging the higher education admission process so that their children can attend elite universities like USC, Stanford, and Yale without actually doing the work required to be admitted. We also know that they are catching most of the negative attention for two reasons: they are famous, and they are women. The list of parents in on this grift includes over 50 names, many of whom are powerful men who have the luxury of getting lost in the media’s excitement over the famous actresses­­. And as newsworthy and horrific as this whole scandal is, it also makes me think of my friend Reggie’s mom.

“My mom was charged and received a fine,” Reggie told me on a phone call from prison. “She wanted better for me and just messed up in the process.”

Reggie and I went to elementary school together in east Baltimore. Public school funding is based on property taxes, so if your neighborhood is poor, and in or surrounded by public housing like ours, then your school will be grossly underfunded — the ceiling will leak when it rains, the food stinks, the rats may be be bigger than your expectations. We were lucky when the heat worked, and air conditioning didn’t exist. None of this bothered me because I had nothing better to compare it to, and neither did most of my friends; we had never seen a good school.

But Reggie wasn’t like the rest of us. He listened and studied while we blew hours pencil fighting, playing table top football with folded papers, and slamming each other WWF-style in the hallway between classes. Reggie wasn’t a square; he could play basketball and definitely hold his own against any of us in a wrestling match. Dude just choose to read the assigned Mark Twain text and completed the prompts that came with it. Reggie’s mom knew there were better schools, and she had started him at one.

“She always told me I wasn’t going to a city school, I was gonna get a real shot at doing more,” Reggie told me on our call.

“She felt like city schools just failed people all of the time, so she wanted me in a county school. My aunt had the county address and we just acted like I lived there," he continued. "Everything was cool until I got in a fight with a kid and they [people from the school] came to my aunt’s, and found out I didn’t live there.”

Reggie was kicked out his plush county school and forced to learn with us. And I’d never tie Reggie’s current prison bid to his experience in city schools, but they didn’t help; he fell victim to the same pressures like violence, drugs, and a lack of structure, all of which is less prevalent in Baltimore county suburban schools than in the city system.

The schools in the suburbs that surround Baltimore don’t face the same problems as city schools. I've visited dozens of them now, and they almost always have new books, wifi, working utilities and an overall better learning environment — the kind kids need to be competitive. My dream would be for city schools to have the same resources in order to be just as competitive; however, that reality currently does not exist. Parents like Reggie’s mom just do what they have to do to try to get what’s best for their kids. So while Felicity Huffman and Lori Loughlin are obviously corrupt in their own way, we must also acknowledge the larger flawed systems that encourage people to work around the rules whenever possible. Reggie’s mom did it for her son's survival; the wealthy group of parents charged in the cheating and bribery schemes seem to have did it for the bragging rights that come with their children getting into elite universities, or an attempt to mask their children's failures when they didn't live up to the expectations of their elite environments.

The legal way for Reggie’s mom to put him in a good county school would have been through paying tuition as an out of district student. But who can afford that while trying to escape generational poverty? A few city kids have middle class parents that can swing it. But that’s not normally the case.

On the flip side, we see another flaw in the system that gives people with money a competitive edge when it comes to their children's education in the case of the Baltimore City School for the Arts (BSA).

Located in downtown Baltimore, BSA is a big draw for so many kids in the city because Tupac and Jada Pinkett Smith both attended — they were friends — and went on to become iconic artists. To be admitted, you must audition; if accepted, you can attend as a city resident for free. My colleague Brandi's daughter is a talented dancer who auditioned with hopes of attending after studying ballet and contemporary dance for years. She was denied, along with the other girls who auditioned from her black dance school in Baltimore City this year.

Were they the best dance students who auditioned? That’s subjective. I do know that BSA's student body of approximately 400 kids includes nearly 100 who live outside of Baltimore City and can afford to pay $10,000 a year, which is expensive for a public school but a bargain compared to the area's elite private schools. One of those slots could’ve easily been earned by a city kid like Brandi's daughter — whom the school was originally intended to serve.

People often move to the suburbs for the express purpose of avoiding city schools, almost never considering the possibility that they would allow their children to be educated here. But since BSA is one of our best, wealthy parents can take advantage of an elite arts education while paying relatively cheap tuition. Reggie and his mom learned the hard way that those privileges and access don't extend both ways.