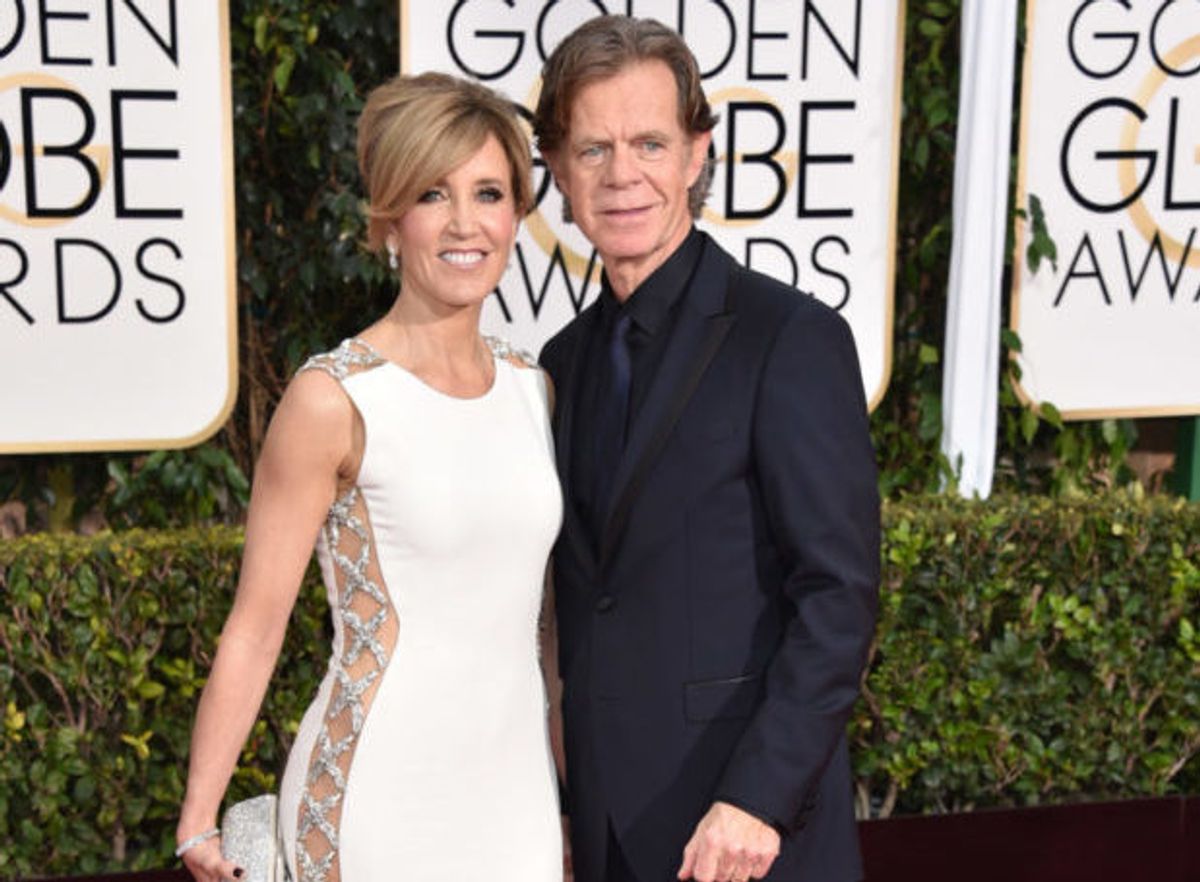 Actresses Felicity Huffman and Lori Loughlin were among 50 people charged in what prosecutors called the “largest college admissions scam” ever uncovered by the Department of Justice.

Huffman, Loughlin and dozens of wealthy executives and lawyers were charged with participating in a “large-scale, elaborate fraud” to create a “rigged system” at prominent colleges like Yale, USC, Stanford and UCLA, the FBI said. The Justice Department charged multiple ACT/SAT administrators, a college official, nine athletics coaches and 33 parents, U.S. Attorney Andrew Lelling said at a news conference Tuesday in Boston.

The parents paid bribes for administrators to doctor their kids’ admissions exams and paid coaches to recruit students as athletes even if they did not end up playing sports in college, Lelling said.

According to the criminal complaint, the cheating was facilitated "in some cases by posing as the actual students, and in others by providing students with answers during the exams or by correcting their answers after they had completed the exams.”

“In many instances, the students taking the exams were unaware that their parents had arranged for this cheating," the FBI said.

Huffman is accused of making a fake charitable donation of $15,000 “to participate in the college entrance exam cheating scheme on behalf of her eldest daughter,” according to prosecutors, who included transcripts of wiretapped conversations between Huffman and a witness in charging documents. Her husband, actor William H. Macy, is referred to in the indictment but has not been charged with any crime. Huffman allegedly discussed a similar scheme for her younger daughter but ultimately decided against it.

Loughlin and husband Mossimo Giannulli are accused of paying $500,000 to have their two daughters recruited to the USC crew team despite neither child ending up on the team.

“So we just have to say we made a donation to your foundation and that’s it, end of story?” Loughlin asked a witness according to a transcript of a wiretapped conversation. “That’s correct,” the witness replied.

Other prominent individuals indicted in the scheme include William McGlashan, the CEO of a private equity firm, and Jane Buckingham, the president of a Los Angeles marketing firm.

Prosecutors said one of the scam’s ringleaders, William Rick SInger, went as far as taking “staged photographs” of the children playing sports and then adding their faces onto the bodies of other athletes with editing software. Singer was paid $100,000 to $6.5 million by parents to engage in the scam, prosecutors said. Roughly $25 million in bribes were paid out by parents between 2011 and 2018.

"There can be no separate college admissions system for the wealthy and I will add there will not be a separate criminal justice system either," Lelling said at the press conference Tuesday.

"For every student admitted through fraud an honest, genuinely talented student was rejected,” he added.

Indeed, Loughlin’s daughter, Olivia Giannulli, made headlines last year when she bragged on YouTube that she was going to college to party and likely would not have much time for classes.

“I don’t know how much of school I’m gonna attend,” the 19-year-old YouTuber told her 2 million subscribers. “But I’m gonna go in and talk to my deans and everyone, and hope that I can try and balance it all. But I do want the experience of like game days, partying … I don’t really care about school, as you guys all know.”