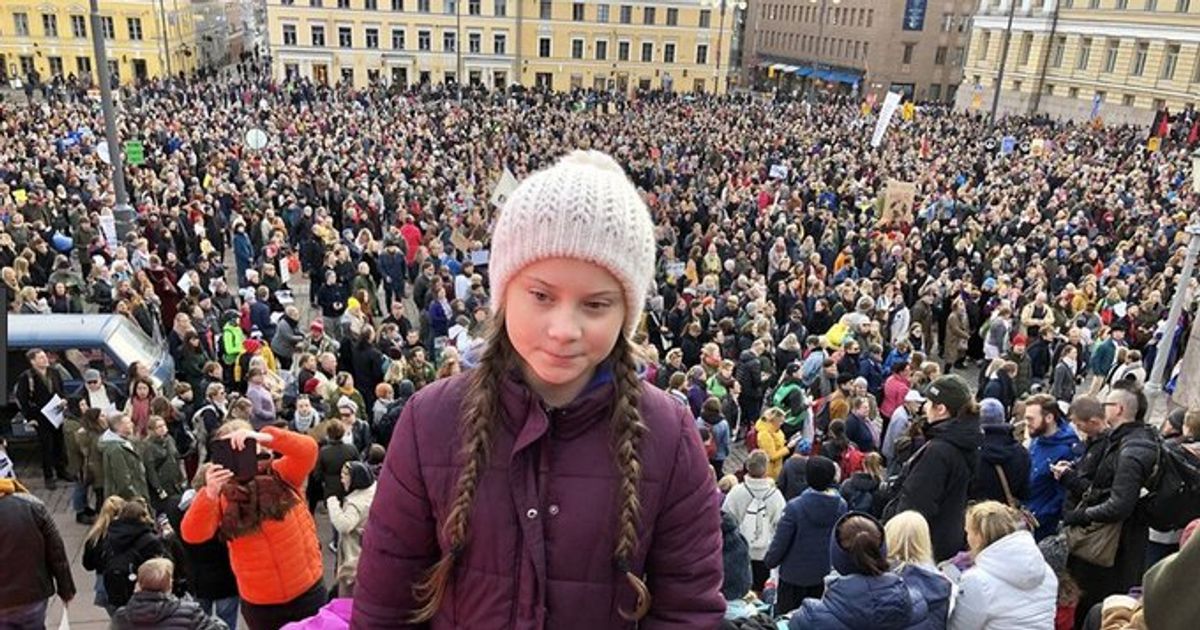 Greta Thunberg, the 16-year-old whose protests outside the Swedish parliament spurred a massive global movement of young people striking from school to demand bold action on the climate crisis, has been nominated for the Nobel Peace Prize.

"We have nominated Greta because the climate threat may be one of the most important causes of war and conflict," Freddy Andre Oevstegaard, a parliamentary representative in Norway, told Norwegian newspaper VG.

Oevstegaard is one of the three Socialist Left Party members who nominated Thunberg. As he put it, "The massive movement Greta has set in motion is a very important peace contribution."

The Norwegian Nobel Committee will announce its latest laureates in October, and those selected will receive their prizes in December. While nominations must be submitted before Feb. 1, news that Thunberg is being considered broke Wednesday.

Thunberg responded on social media by saying she is "honored and very grateful for this nomination."

Her nomination was welcomed by peace and environmental advocates around the world:

Thunberg's #FridaysForFuture strikes started last fall with solitary protests urging Swedish lawmakers to crack down on the use of fossil fuels, but her refusal to attend school — inspired by American teens who organized for stricter gun laws after a mass shooting at a Florida high school — catalyzed youth climate strikes across the globe.

"The idea was to sit outside the Swedish parliament for three weeks. I think the timing and the concept must have been right," she told New Scientist Thursday. For her, the takeaway isn't the fact that children are protesting, but why young people have taken to the streets: "They talk about our age, our looks and so on. The emissions are still rising and that is all that matters. Nothing has happened, that is crucial to remember."

As the movement has grown, so has Thunberg's prominence as a powerful voice demanding more urgent climate action from world leaders. In less than a year, she has addressed crowds of thousands at demonstrations across Europe, delivered a TEDx Talk that's been viewed over a million times, rubbed elbows with UN Secretary-General António Guterres, and even called out the Davos elite to their faces.

News of Thunberg's nomination comes as hundreds of thousands of students worldwide prepare for the #SchoolStrike4Climate on Friday. So far, more than 1,600 protests have been planned in over 100 countries.