"Captive State" has an identity crisis: A weak dystopian warning without a clear message

While it's great to see an original story rather than another reboot, sequel or franchise extension, this one fails 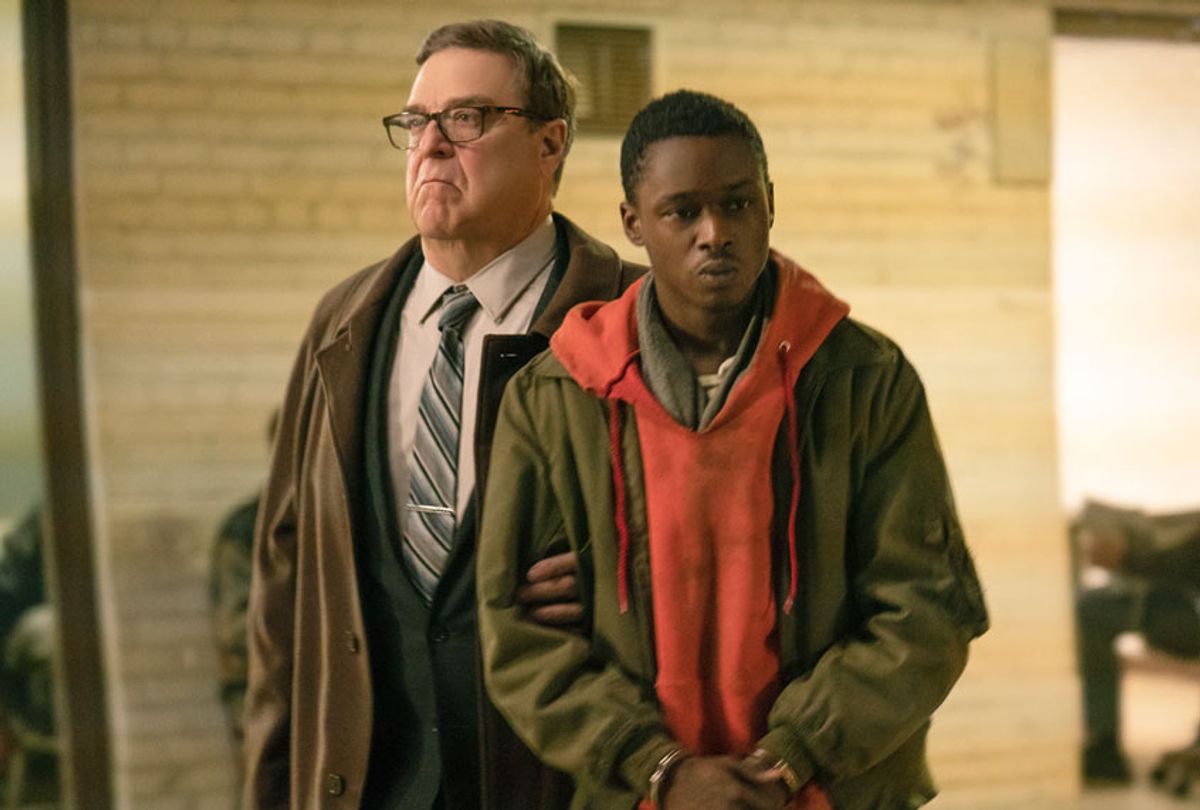 When I saw "Captive State," the theater was unusually empty. The audience, like myself, seemed restless and bored. I want to like it but just couldn't.

There aren't many would-be blockbusters these days that are truly original. Sequels, prequels, spin-offs, reboots, adaptations and reimaginings abound in our cinemas. One would hope that films which tread into the (apparently for studios) perilous territory of trying something new would take full advantage of their rare opportunity. "Captive State" certainly attempts to do that, but it suffers from an identity crisis that results in an unsatisfying experience. There were elements here and there that I liked, but its message was muddled — and if this type of movie doesn't work as a message film, it doesn't work where it matters most.

This is dystopia chic with a twist, namely that it plays with the traditional premise of an alien invasion film. Instead of taking place during humanity's battle against extraterrestrials — a la director Roland Emmerich's "Independence Day" in 1996 or "War of the Worlds" (directed by Byron Haskin's in 1953 and Steven Spielberg's in 2005) — it is set in the years after of the war. Humanity has lost, decisively, and we're treated to a slice of life from two characters — Chicago Police Officer William Mulligan (John Goodman), seemingly in cahoots with the alien overlords, and Gabriel Drummond (Ashton Sanders), the younger brother of a legendary rebel named Rafe (Jonathan Majors), who wants to lead a "normal" life. If anything, the ambition here is to do something similar to what director John Carpenter accomplished with "They Live" in 1988. Though different in many ways, director John Carpenter's classic 1988 science fiction film also used an alien invasion premise to tell a different kind of genre story, in that case an over-the-top '80s action movie with social commentary about Ronald Reagan-era capitalism. Another ostensibly cerebral pseudo-alien invasion film is "Starship Troopers" (directed by Paul Verhoeven in 1997), which inverted the concept by having human beings be the invaders of an innocent planet in a sci-fi film that emphasized ultra-gory schlock. One could even compare this to "District 9" (directed by Neill Blomkamp in 2009), a found-footage body horror movie also set after an alien invasion that paralleled South African apartheid.

"Captive State" tries to do that as a surveillance state thriller, but it fails on several levels. For one thing, this is the kind of premise that by its very nature encourages audiences to focus on a political message. Here that requires random thriller material sprinkled throughout the plot, but the characters being moved around the narrative chessboard fall flat. They seem less like agents driving a story than slaves to their respective character arcs, and though they are performed with gusto the actors are ill-served by clunky dialogue. There is a humorlessness to the script, a lack of wit or substance, with fountains of blatant exposition and an unremittingly bleak and somber tone.

The special effects are CGI, a fact the filmmakers seemed to know based on how often they hide their baddies in the shadows. The aliens' look is unconvincing and forgettable, lacking either the deliberate cheesiness of "They Live" or the believability and grotesqueness of "Starship Troopers" and "District 9." While a movie like "They Live" was about subtle imperialism and human beings were the evil overlords in "District 9" and "Starship Troopers," "Captive State" just makes the alien invaders into generic dystopian, two-dimensional baddies.

Finally the politics are muddled. There is talk of deportations and alien civilizations, of one side's terrorists being another side's freedom fighters, of resource exploitation as a motive for imperialism, but these themes are never developed. "Captive State" one is too scattered to have a clear message: it hints at interesting ideas about rebellion, imperialism, the presence of a surveillance state, but it never has anything to say about them. Instead we are given a giant Orwellian straw man, the type of state that very few members of the film's audience would ever dream of openly supporting. Effective social commentary needs to have bite, and this film is toothless.

As I mentioned at the beginning, this is apparently a passion project. It is directed by Rupert Wyatt, who is best known for 2011's "Rise of the Planet of the Apes," and co-written with his partner Erica Beeney (who also wrote "The Battle of Shaker Heights"), according to ScreenRants. This isn't a cynical movie, and both Wyatt and Beaney are talented, so the roots of the film's disjointed structure are a bit of a mystery. The slapdash structure definitely hurts the movie as much as the plodding script.

This is a movie that I respected more than I enjoyed. It aspired to be in the same league as genuinely worthy films, and even more to do so in a genre — surveillance state thrillers — that aliens movies have rarely ventured into. Best of all, it is based on an original intellectual property rather than some pre-existing franchise. I hope it is influential on the industry, but there are many other alien invasion movies that are much more entertaining.