The gig economy comes for therapists

Silicon Valley wants to "disrupt" the mental health industry. Are they devaluing it in the process? 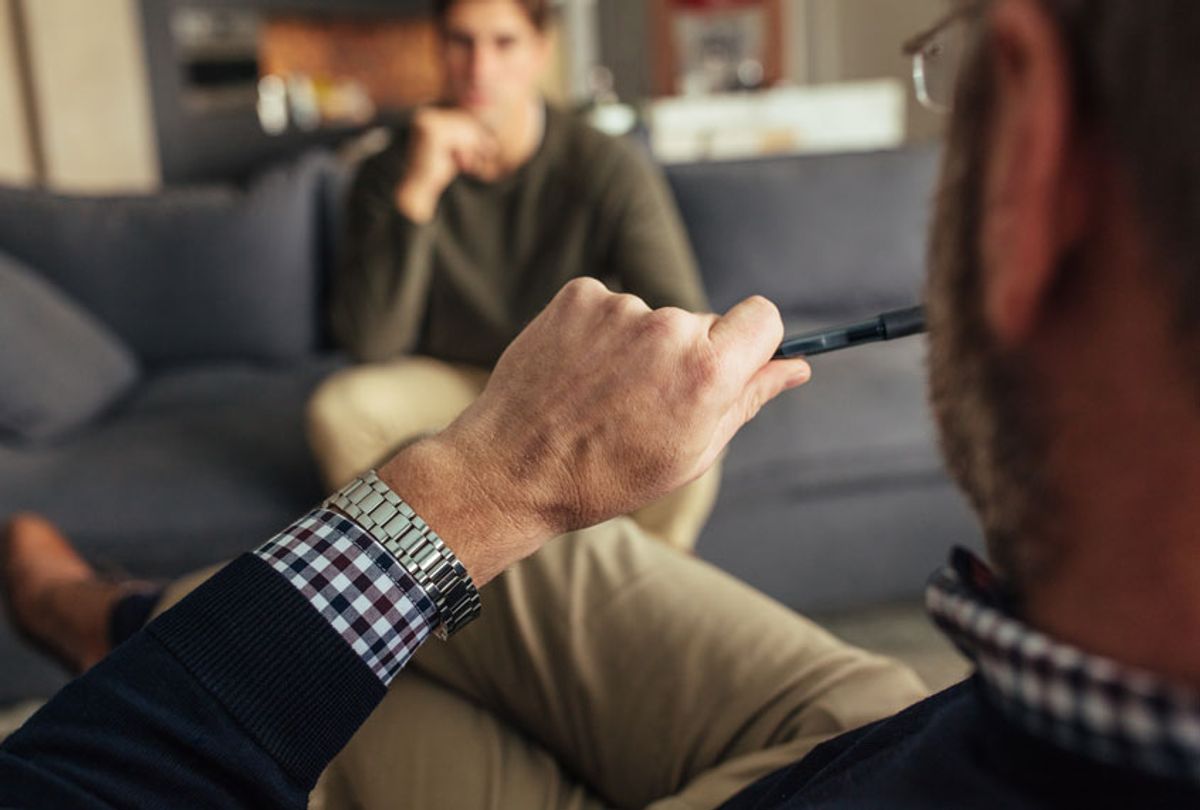 For one 43-year-old sociologist, who asked to remain anonymous, caring for her older parents was emotionally taxing. During this time, she discovered she needed emotional support for herself, too.

“I am hopefully on the tail-end of a midlife crisis, trying to figure out how to take care of my aging parents and move forward with my life,” she told Salon.

She did what an estimated 42 percent of Americans do: seek out therapy. At first, she had hoped to find someone local, but this search posed its own set of challenges — particularly, the she was temporarily living in a rural town in South Carolina, with fewer therapists than a big city might have.

“I’m in a red county and for me it is really challenging to be here,  and I don’t trust the therapists here. It is a very different mentality,” she said.

Rather than find a local therapist, she decided to try out Talkspace, an online company that matches clients with a licensed therapist. From there, the client and the therapist can exchange text messages, audio messages, photo and video messages in “a private, text-based chat room,” depending on the package the client purchases.

Talkspace matched her with a therapist located in Orange County, where she was moving to, because she requested it specifically. “It said put in a location, so I put in California," she told Salon. Yet the licensing complexities — of a client in South Carolina seeing a California therapist — would likely raise red flags to most practicing therapists. As noted by the California Association of Marriage and Family Therapists, practicing across state lines is generally only allowed if the therapist holds a license in both states. According to the South Carolina Board for Counselors, Marriage and Family Therapists and Psycho-educational Specialist, a therapist must hold a license issued by South Carolina to practice therapy with clients.

Oren Frank, the co-founder and CEO of Talkspace, told Salon in an interview this common principle is one reason why the platform matches therapists with clients.

“Whenever you onboard the platform, you have to justify which states you reside in, your official state of residence, and then we will match you always with the therapist that is licensed in that particular state,” Frank said. “We will always do that.”

But as with any piece of technology, mistakes and loopholes may arise.

Talkspace is one of several in the online therapy space, along with BetterHelp and 7 Cups of Tea, that are battling to succeed in the burgeoning online therapy market. The market is already competitive: another online therapy company, Lantern, shut its digital doors in July 2018, saying they did not have enough customers. In San Francisco, BetterHelp is running a months-long marketing campaign, plastering the city with billboards and advertising widely on public transportation. There are also AI-powered therapy apps like Woebot and Wysa, non-human bots programmed to respond to users based on their language.

The New York City-based Talkspace touts its service as convenient, and advertises “unlimited messaging therapy” for busy people. Likewise, the Talkspace website says that they aim to make therapy “available and affordable for all.” Yet the company's cheapest package is currently priced at $196 a month, or $49 a week, for text, video and audio messaging. The client's therapist is to respond to messages daily, five days a week. For context, in-person therapy, depending on where one is located, averages between $75 and $150 a session (though insurance coverage may lower the cost to the patient significantly), and clients usually go once a week.

Yet this brand of online therapy may not entirely be comparable to IRL therapy, and by some definitions it might not even constitute "therapy." Therapists that Salon spoke to cited ethical concerns as part of why many were hesitant to incorporate online therapy platforms in their practice. Moreover, the idea that mental health needed to be "disrupted" by Silicon Valley venture capitalists struck many therapists as suspect from the start.

Ashley L. Annestedt, LCSW, a clinical therapist in private practice specializing in OCD and related disorders, has been contracted by both BetterHelp and Talkspace. She believes that overall, such platforms could have some benefits for “the mental health community as a whole.”

“They increase access to care, offer confidential services, and decrease general stigma around mental health,” she told Salon in an email. “However, all online platforms have their limitations. I find the use of platforms concerning when the client has a very specific mental health need requiring evidence based care rather than ‘general talk therapy.’”

Annestedt said what concerns her the most regarding the rise of these online platforms is the vetting process.

“The requirements to be [a] provider on many of these platforms are very minimal outside of having a license to practice independently,” she explained. “From there, the therapist is making claims as to what they specialize in. But there is no proof requested from the platform — instead, the therapist just ‘checks that box.’"

"In the same way that there are specialties in medicine (dermatology, pediatrics, neurology) the same is true for mental health," she continued.

Moreover, many therapists are not motivated to work for these platforms because they simply don’t pay well. When Salon first asked Frank how much Talkspace pays therapists, he said he could not disclose that.

“This is financial information that we are not permitting,” he said. “Secondly, because it’s not as simple as it’s an X amount of dollars. It depends on the plan and it depends on how much time and how much effort therapist[s] should dedicate in the Talkspace, and the other factors.”

Katie Ziskind, a licensed marriage and family therapist and yoga therapist at Wisdom Within Counseling in Niantic, Connecticut, told Salon she was curious and went through the application process for TalkSpace in July 2018.

“I choose not to be part of [Talkspace] because they pay therapists too little,” she told Salon. “These programs actually devalue the rate and the worth of a therapist because they paid so little per hour.”

Ziskind said the rate she was quoted was around $30 to $35 per hour and session during the application process.

Caroline Artley, a clinical social work and therapist in Maryland, told Salon she did BetterHelp, but found the pay to be a challenge, too. Artley said in her experience, BetterHelp's pay is determined by an algorithm based on components that aren't entirely shared with the therapists — recalling the obscure pay process at other contract worker–reliant companies like Uber and Lyft, who have been accused of intentionally obscuring their pay rates in a similar manner.

"It is rare for a therapist to work solely on these sites," Artley said. "We do it supplemental to other job(s) in order to give back or fill gaps in our schedules."

She added: "Many of us from the earlier days of Betterhelp realized these tech companies were not as invested in patient care as we were so we left and started our own online practices."

Silicon Valley's entry into therapy parallels what happened when the tech industry entered other fields, such as delivery driving, tutoring, maid services, and taxis. In all those cases, venture capitalists found that they could profit off well-established industries by depressing wages, converting salaried workers to contract laborers, skirting regulation and inflating the expectations of on-demand workers. Such a pattern could be observed with companies like Uber, Lyft, HomeJoy and Postmates, all of which relied largely on a diffuse base of contract laborers working on-demand for lower wages than full-time workers in the same field would experience.

There has already been a fair share of bad press around these platforms, including a piece on Talkspace that was published in The Verge in 2016. When therapists curious about the labor conditions at Talkspace solicited experiences from others on a Reddit thread in 2017, the thread was infiltrated by suspicious newly-created accounts who only had positive comments written in the cheery tone of PR agents.

Still, some clients have positive stories about using the platforms.  The anonymous sociologist mentioned earlier in the story said it has been helpful for her, and it is nice to have someone to email with each day to calm her down when needed.

However, she notes that there are caveats, such as the alienated manner in which she and her therapist communicate.

“It has been helpful to home to have somebody outside of my bubble just to talk to,” she said. “[My therapist] is sort of just a coping mechanism — it’s like, 'how real is messaging?' I don’t want to say it’s not real — I’m a real person and she is a real person — but it does make me wonder if I’m getting down to [my] core problems with this,” she added.