What would the salmon say? 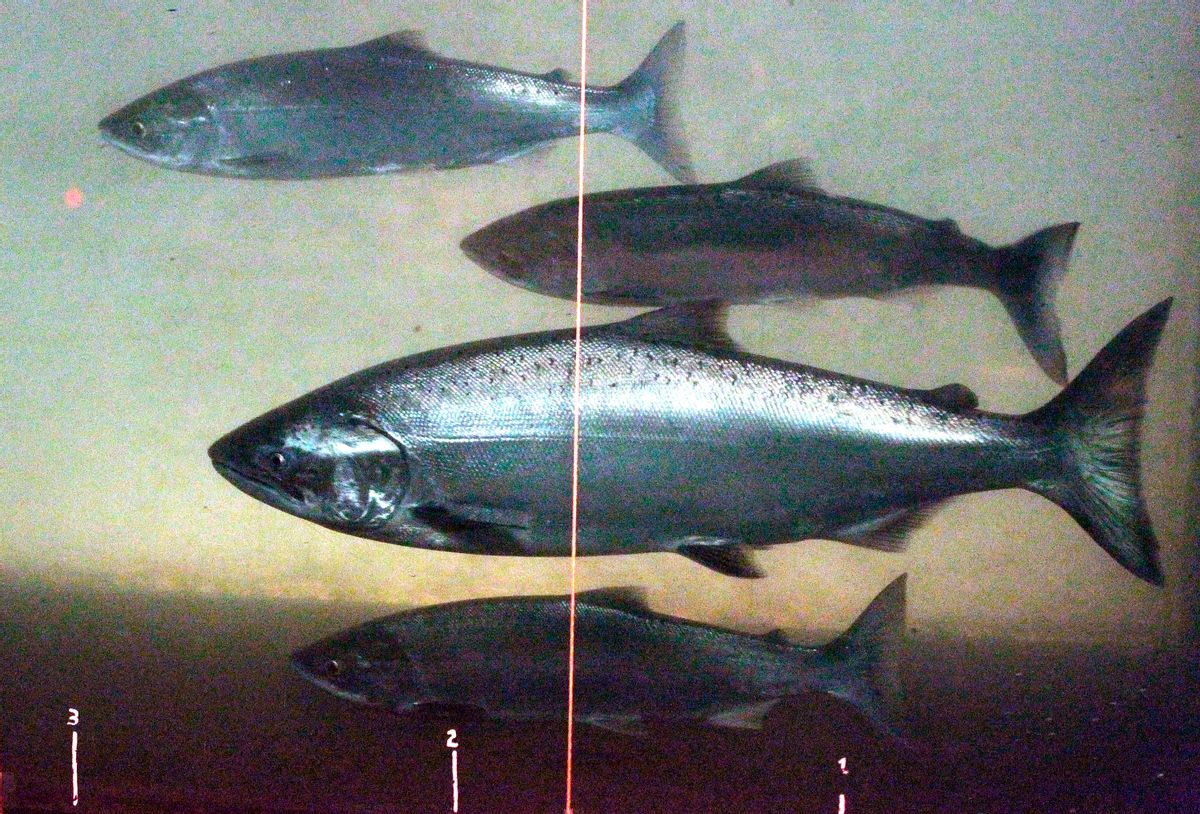 The company that wants to mine copper and gold in southwest Alaska at the site of the world’s largest sockeye salmon fishery hired a firm to design mine waste pond dams that was behind one of the worst mining disasters in Canadian history.

The KnightPiésold firm designed a dam that failed in 2014 in Mount Polley, British Columbia, releasing about 24 million cubic meters of a toxic slurry of mine waste and water into a creek and a once-pristine glacial lake. That’s as much water as all four million residents of Los Angeles use at home in 19 days.

At least 50 mine dams have failed worldwide in the last decade, including a dam that collapsed in Brazil in January, killing at least 186 people; 122 people are still missing.

Alaskan fisherman Mike Fricerro told the Alaska Dispatch News, “Modern history has shown us that (catastrophic dam failures) are more likely than they want us to think.”

Northern Dynasty Minerals Ltd. of Vancouver has been proposing the mine for more than a decade. Tom Collier, the CEO of the subsidiary that would build the mine, would receive a bonus of up to $12.5 million if the Army Corps of Engineers approves the mine quickly.

AECOM, the engineering firm that did a preliminary environmental review for federal regulators, looked at the possibility of a dam failure. The experts AECOM assembled included employees of Pebble Limited Partnership, a subsidiary of the company that plans to build the mine, and Les Galbraith, an engineer for Knight Piésold who inspected the Canada dam before it failed.

Editors Note: This article has been updated to clarify some points on earthquake risks, dam engineering and time periods. Additions are in italics, deletions in .

Those experts appear to have minimized the risk of a dam collapse by focusing on just 20 years even though the dam may be needed to hold back toxic waste for centuries and despite the actual recent mining dam failures like those at Mount Polley and Brazil. Considering these actual dam failures “does not benefit from evaluation of spill scenarios that are so remotely improbable that the risk presented is negligible,” according to the AECOM engineering report.

After an October 2018 workshop on “Failure Modes and Effects Analysis,” the prospect of a dam collapse in the next two decades was “ruled out as remote during the 20-year operational life due to likelihood of successful detection and intervention.”

Fishermen in Bristol Bay downstream of where the mine could be built hired another firm, Lynker Technologies, to look at what could happen if a dam failed.

That report found toxic mine waste could contaminate 50 miles of the Koktuli River system and about 155 miles of streams where salmon are harvested. The mine waste could flow into Bristol Bay. A clean-up would be nearly impossible.

Under former President Barack Obama, the EPA said the mine would result in a “complete loss of fish habitat” in the region.

The sockeye catch in Bristol Bay, near the proposed dams, accounts for a third of the value of all the fish caught in the 49thstate. Its value is greater than all the commercial fishing in 41 other states. The local fisherman put the total value of the sockeye catch, measuring retail sales and multiplier effects from harvest to plate, at $1.5 billion in 2010.

The proposed Pebble Mine dam would be higher than the Washington monument. Mining companies favor dams because they are cheaper than the safer alternative of drying the mine waste and stacking it. These dams could hold mine waste for hundreds to thousands of years, long after the mine would be depleted and closed.

In Mount Polley, a section of the dam that had been built on glacial clay failed. Imperials Metals Corp., the company that operates that mine, said it is suspending operations at the mine because of falling copper prices.