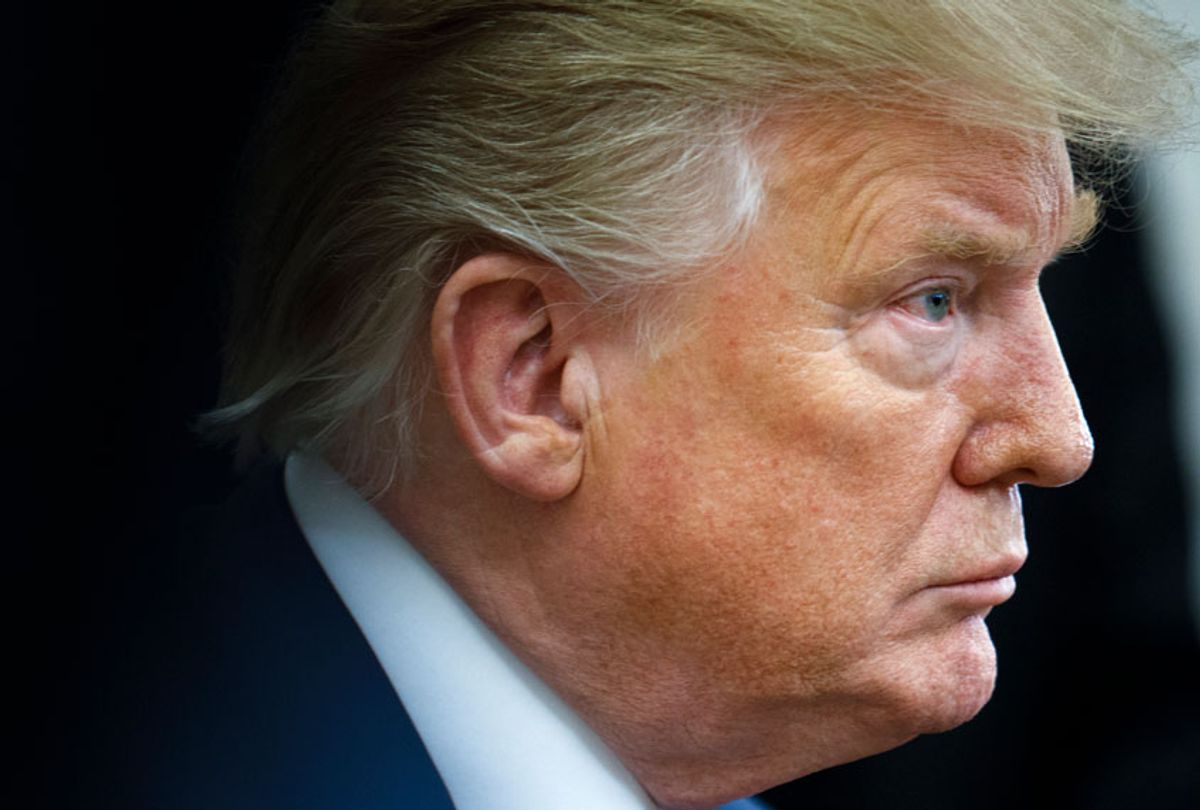 Attorney General Letitia James said that Trump turned the Trump Foundation into a wing of his campaign in a 37-page court filing. James asked a judge to order the organization to pay $2.8 million in restitution for using charitable donations for political and business purposes, the Associated Press reported.

James also asked a judge to order President Trump to pay a $5.6 million penalty in the case, and to bar the president and his three eldest children from running any charities in the state for the next 10 years, Bloomberg reported.

"In this vacuum of oversight and diligence, Mr. Trump caused the foundation to enter repeatedly into self-dealing transactions and to coordinate unlawfully with his presidential campaign," James said in the filing.

Trump’s lawyers have charged that the lawsuit is politically motivated. But the Trump Foundation agreed to shut down in December and distribute its remaining $1.7 million in funds to other nonprofits.

That case did not resolve the attorney general’s lawsuit, however, which alleges that Trump violated rules barring charities from being used for political purposes. James said that depositions by Trump Organization CFO Allen Weisselberg and email exchanges between him and Trump's campaign manager at the time, Corey Lewandowski, showed illegal coordination between the campaign and the foundation.

The lawsuit is related to Trump’s infamous boycott of a Fox News debate over his feud with Megyn Kelly ahead of the 2016 Iowa caucuses. Rather than participate in the debate, Trump held a rally that he claimed was intended to raise money for veterans groups. The Trump Foundation functioned as a conduit for those donations.

Trump is also accused of improperly directing $100,000 of the charity’s funds to be used to settle a dispute over an 80-foot flagpole he had erected at his Mar-a-Lago resort in Palm Beach.

James’ predecessor, Barbara Underwood, previously accused the charity of “functioning as little more than a checkbook to serve Mr. Trump’s business and political interests,” and engaging in “a shocking pattern of illegality” before the charity agreed to dissolve.

“Is there any way we can make some disbursements [from the proceeds of the fund-raiser] this week while in Iowa? Specifically on Saturday,” Lewandowski wrote to the charity’s treasurer ahead of the Iowa caucuses.

James, who took office in January, has vowed to “use every area of the law to investigate President Trump and his business transactions and that of his family.”

Earlier this week, she issued subpoenas to Deutsche Bank and Investors Bank for records related to the financing of several of Trump’s company’s deals and his failed bid to buy the NFL’s Buffalo Bills. Deutsche Bank was one of the only major financial institutions willing to lend Trump money after a series of bankruptcies in the 1990s.