“Put simply this is a constitutional crisis and one of Colorado’s two senators has failed the test.” 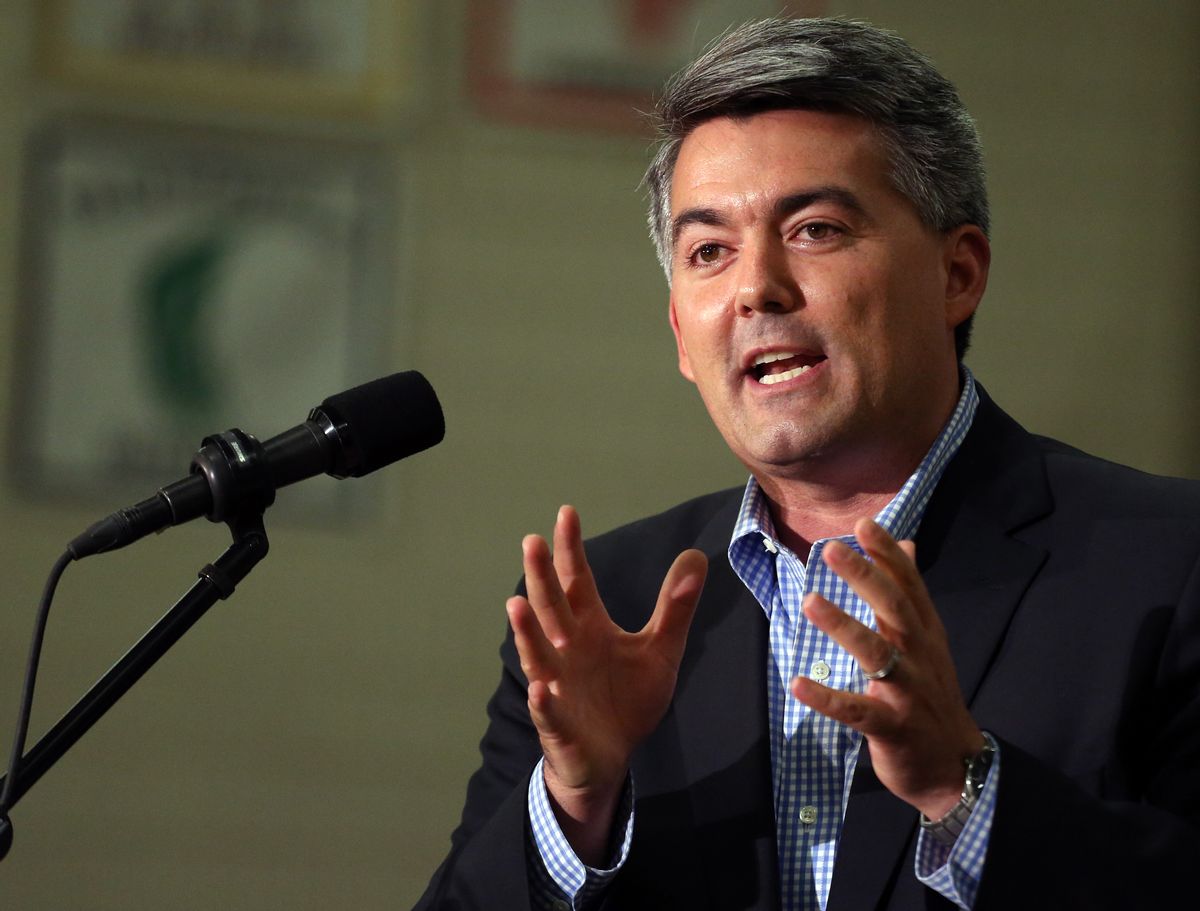 In this Sept. 29, 2014 photo, Rep. Cory Gardner, R-Colo., who is running for the U.S. Senate seat held by Democratic Senator Mark Udall, speaks at a political rally at Heritage High School, in Littleton, Colo. Democrats defending their Senate majority this year are increasingly relying on an issue once seen as a wash with voters: reproductive rights. Udall has made it a centerpiece of his campaign to stave off a strong challenge from Gardner. (AP Photo/Brennan Linsley) (AP)
--

Sen. Cory Gardner, R-CO., has never been a particularly fervent supporter of President Donald Trump, but on Thursday, he caved and voted against a resolution in the Senate blocking the administration’s declaration of a national emergency to seize funds for a barrier at the U.S.-Mexico border.

In essence, he voted to approve Trump’s power grab to get border wall money without approval from Congress. And the local paper from his home state — which went for Hillary Clinton in 2016 — now says it was a mistake to have endorsed Gardner for Senate.

“We see now that was a mistake – consider this our resolution of disapproval,” the Denver Post editorial board said in a new piece. “This is a bogus emergency that takes executive over-reach to an extreme not seen even under President Barack Obama. Trump’s declaration is an abuse of his power, a direct overturning of Congress’ deliberate decision to pass a federal budget without funding for a wall.”

It added: “Put simply this is a constitutional crisis and one of Colorado’s two senators has failed the test.”

Gardner, the board said, had the promise to bring “fresh leadership, energy and ideas” to Washington, D.C.; instead, he “has been too busy walking a political tight rope to be a leader.”

The board said that it didn’t need to agree with every one of Gardner’s votes to maintain its support for him, but his failure to stand up to Trump is particularly disappointing in “extraordinary times.” It also noted that, as recently as 2017, Gardner was insisting that there was no need to spend billions of dollars on a border wall. Now, he’s apparently abandoned that position and is willing to let Trump stretch the constraints of the Constitution to get what he wants.

Gardner is up for re-election in 2020, so the most likely explanation for his lack of a backbone is his fear of a primary challenge. Republicans across the country are terrified that a negative tweet for Trump could tank their chances at securing their support in the party. Buck Trump too often and they may be replaced on the ticket with a more obedient candidate.

But as noted, Colorado is trending toward being a bluer state. That means that as Gardner is forced to fend off challenges to his right, he further endangers himself in the general election.

And in addition to fighting for the White House in 2020, Democrats will be fighting to win the Senate. Gardner is likely to be their easiest target to unseat: He won the state by only about 2 points in 2014, and Clinton carried it by nearly 5 points in 2016.

By tying himself to Trump now, he may guarantee that he goes down with the ship by Election Day.