The UN reports humanity is failing its climate change goals 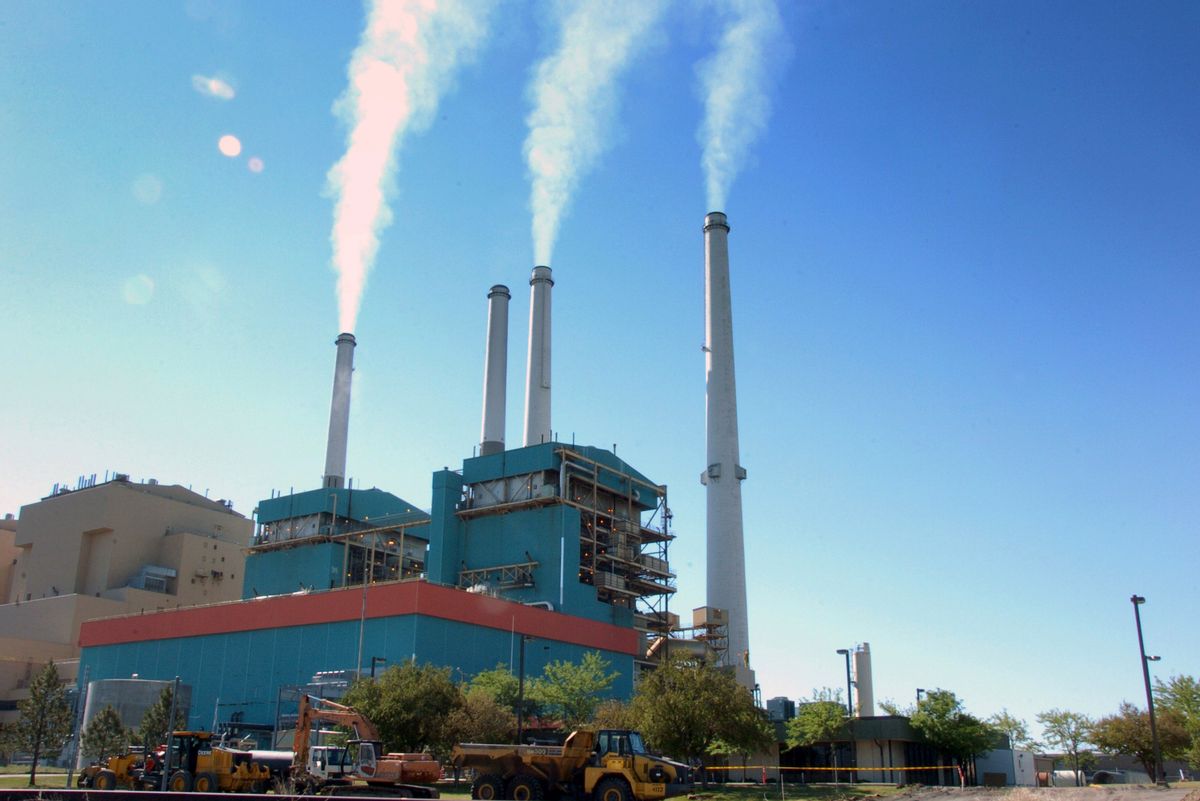 Despite the danger, there has been little climate change action since the 2016 Paris Agreement — three years later, the world is still on track to exceed the 2°C of warming target by as early as 2040. So this week, the UN is once again sounding the alarm on the unprecedented environmental damage that has proceeded largely unchecked.

In its 6th Global Environmental Outlook report, released today, scientists explore how human actions are threatening the food, water, and natural systems that we take for granted. The report highlights how air pollution from fossil fuels and chemical production kills 6 to 7 million people every year. It underscores the unprecedented scale of biodiversity loss around the planet, which threatens food supplies for billions of people. And it emphasizes the rapid decline of safe drinking water sources around the world as a result of intensive agriculture and chemical contamination.

Throughout the report, the specter of unmitigated climate change looms. Climate change isn’t just a problem in itself; it also amplifies existing environmental challenges, making them more difficult to solve. Take overfishing, for example. Warming oceans are bleaching coral reefs, obliterating remaining fish habitats in some of the most productive areas of the oceans. Or consider the depletion and contamination of freshwater resources. Climate change is spurring drought and desertification — and consequently, war and human migration — in the world’s most parched regions, including the Middle East, Latin America, and Africa. Not convinced? Look at air pollution: Larger, more frequent wildfires in arid regions and increasing humidity in wet regions are contributing to smog and multiplying its negative health effects.

Meanwhile, the report emphasizes that 45 percent of all dangerous greenhouse gas emissions are produced by just ten countries — including China, the US, the EU, and India. With the exception of the US, all ten are signatories to the Paris Agreement. But without exception, none of these countries are taking the emissions reduction steps necessary to meet the agreement’s 2°C target.

So will this bleak picture spark action from governments when past agreements and reports have failed? It seems unlikely.

To date, the top emitters have made a lot of noise about climate change, but little meaningful government action. Despite lofty policy statements from the EU, Europe’s greenhouse gas emissions still increased in 2017. Germany and Poland — Europe’s two largest sources of coal-fired power — remain far from phasing out their plants. Even policies in China, which has been celebrated as a global leader in reducing emissions, still fall far short of what’s needed to keep global temperature from rising above 2°C.

In the US, the Trump Administration has gutted Obama-era emissions goals. They have dramatically increased the rate of public land leases to the oil and gas industry, while simultaneously attacking California’s ability to set more stringent emissions standards than the rest of the country. While some US cities are forging ahead with renewable energy and climate policies, they are most often doing so without the support of — or even in direct opposition to — federal and state governments.

These short-sighted policies are enabled by the fact that there remains little political consequence to ignoring the UN’s warnings. Climate science is often not taught in schools. After the last Intergovernmental Panel on Climate Change report, more than 28 American newspapers did not mention the report on their homepage. As the frequency of extreme weather events increased both at home and abroad, US television news coverage of climate change plummeted in 2018. Climate change was even omitted from reporting on disasters such as wildfires in California, despite overwhelming scientific evidence that greenhouse gas emissions are making these natural events more destructive. In part because of this lack of information, less than four in 10 Americans prioritize climate policy in their choices of elected representatives.

The information that does get published tends to focus on quick, individual fixes — biking to work, switching to energy-efficient appliances, or even adding solar panels to your home. But the UN report is a stark reminder that without a national and global appetite for systemic change, the planet faces dire straits. Electricity generation is responsible for one-quarter of global carbon dioxide emissions, and agriculture and deforestation for another twenty percent. Concrete production alone accounts for eight percentgreenhouse gas emissions. Climate change won’t be fixed by individual actions — the world needs aggressive international policy changes. Accordingly, more than half of the UN report is devoted to discussing emissions policy solutions that can be implemented immediately in countries around the world.

Thankfully, there are small signs of a slow, but critical shift in attitudes. The Green New Deal, though far from a silver bullet, sparked one of the first meaningful discussions over climate change in the US Senate and has pushed the environment into conversations about the 2020 elections. China recently declared renewed efforts to reduce the country’s dependence on coal for electricity. And this week, students worldwide are walking out of schools in protest of political leaders not prioritizing reducing emissions.

Will government leaders, news media, or the public notice? Will they remember any of this in a few weeks, or come time for elections? That remains to be seen. But unless we begin to pressure leaders towards action, it seems likely the UN’s latest warning on climate change will fall on deaf ears.