How do people like Chomsky, Snowden and Malcolm X become anti-authoritarians? 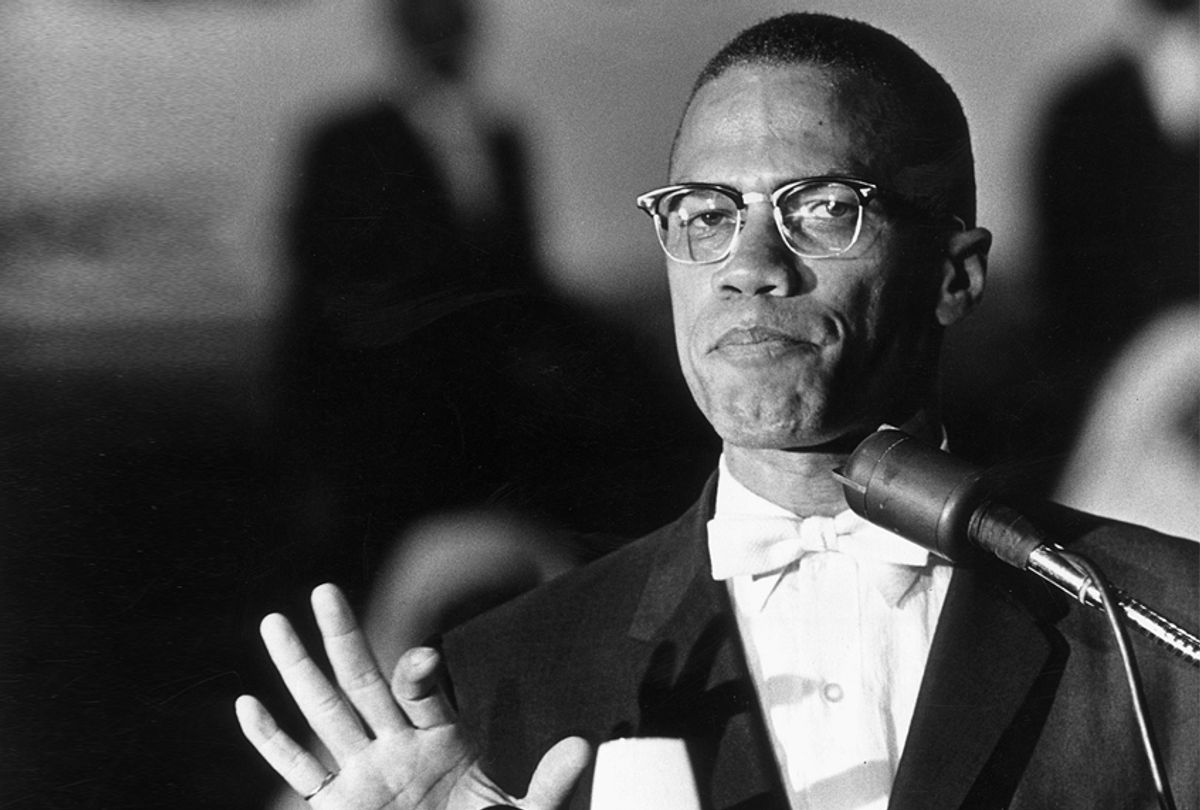 Lyndon Johnson famously proclaimed his requirements for an appointee: “I want him to kiss my ass in Macy’s window at high noon and tell me it smells like roses.” Johnson and his ass-kissers were authoritarians.

Authoritarian is routinely defined as “favoring blind submission to authority.” Authoritarians with power demand unquestioning obedience from those with lower rank, and authoritarian subordinates comply with all demands of authorities.

In contrast, anti-authoritarians reject—for themselves and for others—an unquestioning obedience to authority, and they challenge and resist illegitimate authorities. Anti-authoritarians—including some well-known anarchists—don’t necessarily reject all authority.

Anti-authoritarian anarchist Noam Chomsky offers this example of a justified authority: an adult who stops a five-year old from running out in a street and getting hit by a car. However, Chomsky adds that authorities often have no moral justification but are “just there in order to preserve certain structures of power and domination”—and are illegitimate authorities to be resisted.

The anarchist Emma Goldman is one example of just such rebellion from an oppressive family. Her father would regularly beat his children for disobeying him, and the rebellious Emma would get beaten the most. Her interest in boys provoked rage in her father, as she recounted, “He pounded me with his fists, shouted that he would not tolerate a loose daughter,” but she disobeyed her father.

Finally, a teenage Emma Goldman threatened to commit suicide if her father would not allow her immigrate to the United States, and her strategy worked. Ultimately, in addition her father, Goldman would challenge a lengthy list of authorities whom she assessed to be illegitimate: her teachers, her first anarchist mentor, police, the U.S. government, and later, the Bolsheviks; and her list of enemies ranged from J. Edgar Hoover to Vladimir Lenin.

While some anti-authoritarians such as Goldman are rebellious in childhood, many famous and non-famous anti-authoritarians begin to challenge and resist illegitimate authority only later in life after they are radicalized by their experiences—one example being  Edward Snowden, whose path to resisting illegitimate authority could not have been more different than Goldman’s.

Snowden grew up as a patriotic American in a patriotic household. In 2004, he enlisted in the U.S. Army, recounting later, “I wanted to fight in the Iraq war because I felt like I had an obligation as a human being to help free people from oppression.” He began working for the Central Intelligence Agency in 2007, but he became alarmed by the George W. Bush administration’s violations of Americans’ constitutional rights.

In his mid-twenties, Snowden later recounted, “I began to understand that what my government really does in the world is very different from what I’d always been taught.” After working for defense contractor Booz Allen Hamilton so as to gather data on the NSA, in 2013, he leaked to the press evidence of the U.S. government’s violation of the Fourth Amendment by

its mass warrantless surveillance on U.S. citizens. And at age 30, Snowden was charged by the U.S. government with violating the Espionage Act.

The arc of the Malcolm X’s anti-authoritarianism was quite different from both Goldman’s and Snowden’s. As a child, he was rocked by trauma in the extreme, which included his father’s murder by white supremacists (the police claimed it was an accident and the insurance company called it suicide). His father’s death resulted in severe financial stress for his family, a major variable leading to his mother’s psychiatric hospitalization.

Prior to his family being ripped apart, a young Malcolm had been an excellent student. Then, as a teenager and young man, he became selfish, predatory, engaged in theft, and was incarcerated in prison. Then, after his religious conversion, he was for a time dutifully authoritarian within an authoritarian organization.

However, after Malcolm X gained knowledge of the predatory behaviors of the leader of the Nation of Islam, Elijah Muhammad, he had another transformation. Recognizing that his actions would likely result in his assassination, Malcolm X challenged the legitimacy of the authority of Elijah Muhammad and rejected his decree against political participation. Before his death, Malcolm X came to adopt a revolutionary anti-imperialist and anti-capitalist political program.

Anti-authoritarians are ideologically diverse: Emma Goldman was an anarchist; Edward Snowden initially a libertarian; Malcolm X became increasingly socialist; and some anti-authoritarians who I profile, such as George Carlin and Jane Jacobs, prided themselves on not identifying with any dogma.