No matter how hard you work, no matter how smart or talented you are, a dumb, lazy rich kid is going to beat you 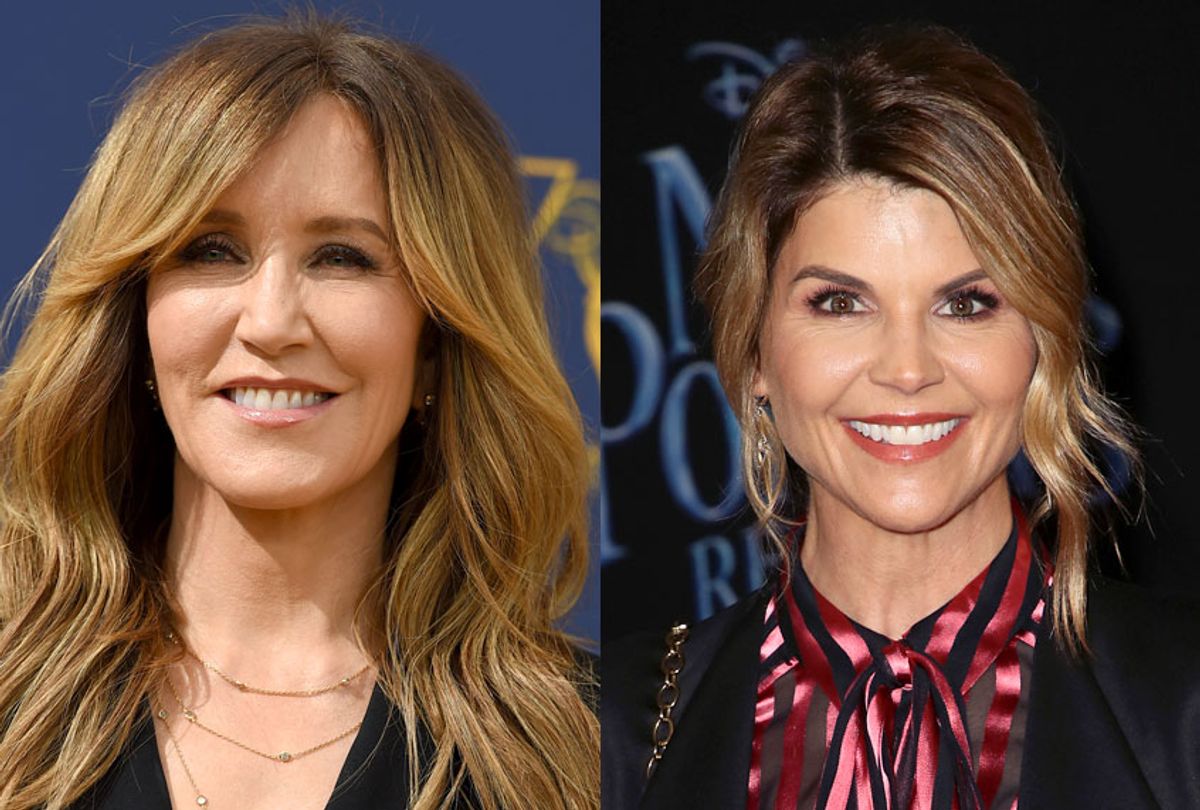 The children of working stiffs learned a brutal lesson this week as federal prosecutors criminally charged rich people with buying admission to elite universities for their less-than-stellar children.

The lesson is that no matter how hard you work, no matter how smart or talented you are, a dumb, lazy rich kid is going to beat you.

It’s crucial that everyone who is not a wealthy movie star, hedge fund executive, or corporate CEO—that is, 99 percent of all Americans—sees this college admissions scandal for what it really is: a microcosm of the larger, corrupt system that works against working people, squashing their chances for advancement.

This system is the reason we cannot have nice things. Despite all that land-of-equal-opportunity crap, the rich ensure that only they can have nice things, starting with what they can buy legally and illegally for their children and rising through what they can buy legally and illegally from politicians who make the rules that withdraw money from the pockets of working people and deposit it into the bulging bank accounts of the fabulously rich.

When the mastermind of the elite university admissions scheme, William Singer, pleaded guilty this week, he exposed the launching pad available to the well-heeled to guarantee that their children will be well-heeled. Even after the wealthy pay for their heirs to attend prohibitively expensive private preparatory academies, their grades, test scores and extracurricular activities may not add up to enough to gain them entrance to Ivy League universities, from which a degree virtually assures an overpaid position on Wall Street, and with it, another generation of wealth accumulation.

Singer admitted he developed a work-around for the wealthy. The indictment revealed that, through Singer, parents handed between $15,000 and $75,000 to college entrance exam administrators to fabricate top-notch test scores for low-achieving offspring.

That lower amount—$15,000—paid by the rich to pad SAT and ACT scores is a good example. It’s a figure of trifling import to a one-percenter. It is, however, the entire year’s earnings of a parent working full-time at the federal $7.25 minimum wage. That parent may have a child who received a perfect SAT score—without cheating—who has earned straight As, even in advanced placement classes, who excelled in soccer and served as class president. But that child of a minimum-wage worker won’t get into Harvard because the rich kid took his place with falsified test scores and faked athletic achievements.

And the rich kid and his parents have the means to ensure that members of the next generation of the family have the same opportunity to cheat their way to the top and remain there. They have the money to buy just the right politicians, something that the perverse Citizens United and McCutcheon decisions by the U.S. Supreme Court facilitated. The right-wing court ruled that rich people and corporations could give unlimited money to elect politicians of their choice.

Politicians chosen by the rich have passed legislation in state after state intended to bankrupt labor unions, the very organizations that were so crucial to creating the middle class in America. Under the legislation, labor unions are forbidden to collect small fees from people who choose not to join. This weakens unions because they are required by federal regulations to provide services for all those who labor in a unionized workplace, whether they join the union or not. So what these politicians are doing is requiring unions to represent nonmembers for free. It has devastated labor organizations in some places, including Wisconsin. The result is lower wages and worse benefits for all workers because higher union-bargained pay pulls up all incomes in a region.

The logic here is simple: less for workers, more for fat cats.

And, of course, politicians chosen by rich people will not raise the minimum wage. The federal minimum has remained at a painfully low $7.25 for a decade. Now, it’s a poverty wage. It means a person who works full-time cannot support himself, and certainly can’t provide for a family. In Washington, D.C., and other expensive cities, some full-time minimum-wage workers are homeless. The substandard minimum wage pulls down all wages.

Similarly, politicians chosen by the rich will not significantly increase the $23,660 overtime threshold under which all workers must be paid time-and-a-half for hours beyond 40 in a week. Former Labor Secretary Tom Perez, now chair of the Democratic National Committee, proposed in 2016 doubling the threshold to $47,476, which would have enabled an additional 4 million workers to qualify for overtime pay.

Often these are workers given fancy titles like assistant night manager and paid $24,000 a year so that their fast-food restaurant bosses can require them to work 50, 60, even 70 hours a week for no extra pay at all.

For these families, the overtime pay would be extremely meaningful—in ways that are incomprehensible to families that can dish out $15,000 to $75,000 to cheat on the SAT.

Fast-food corporations, including CKE, owner of Carl’s Jr. and Hardee’s, opposed the proposed overtime threshold increase. The CEO of CKE at the time, Andrew F. Puzder, worth $45 million, wrote an essay condemning the increase and explaining how millions of low-paid workers with fancy titles should love to work extra time without extra pay because it gave all of them the opportunity to work their way to the top like one guy at CKE did one time.

The U.S. Chamber of Commerce, a lobby group for rich corporations, filed suit against the increase and scuttled it. So now it hasn’t increased in 15 years.

A new labor secretary last week offered a much stingier increase. Alexander Acosta proposed $35,308 as the threshold. Only about 1 million additional workers would benefit if the number were that low. And instead of automatic increases every three years, the Labor Department would consider whether to raise it only every four years, no guarantees.

This is not good policy for working people. It is, however, great policy for rich people, who, as a result, keep more of the profits produced by the labor of underpaid people.

It means continuing the cycle of 1 percent staying rich and 99 percent denied opportunity. And that means the wealthy can continue to bribe university officials to admit their unqualified scion.

There’s no reason to take heart from the fact that prosecutors stymied one specific college admission scam. It is illegal to pay an SAT proctor to alter test scores. It is not illegal, though, to buy a science lab for Harvard or a humanities building for Yale with the hope that the family name prominently engraved on the edifice will sway admission officers when they see the same moniker on an application.

It’s no shock college admissions are rigged for the rich. The whole economic system is rigged by the rich. Until working people change that, their opportunities and those of their children will continue to diminish.