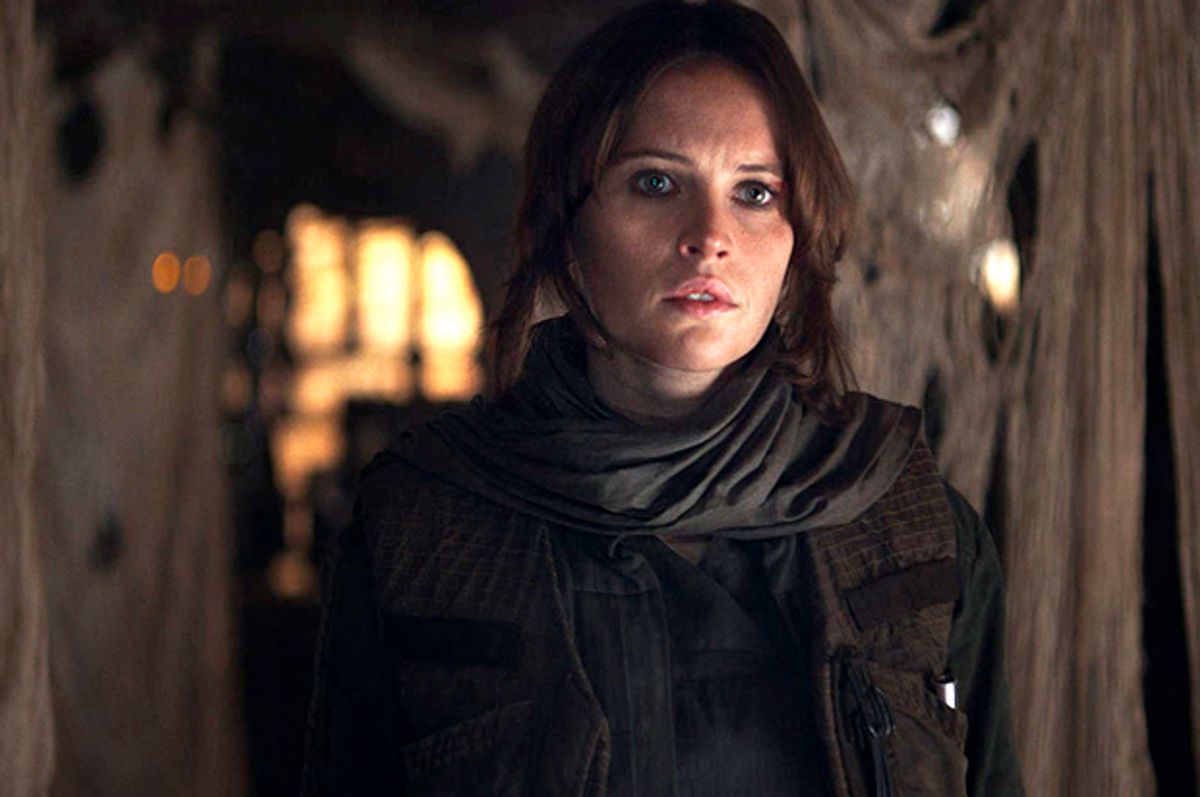 While the “Star Wars” film franchise is powering forward later this year with the release of J.J. Abrams’ “Episode IX,” the tumultuous production on “Rogue One” remains a talking point among fans. The “Cult Popture” podcast sat down with “Rogue One” co-writer Chris Weitz earlier this year to discuss how the original film script differed from the theatrical cut. Weitz’s script was rewritten by Tony Gilroy when the film was being overhauled by Lucasfilm.

“If you can imagine the beginning of the second act and the end of the second act swapping places, that would not be an inaccurate way to portray how it structurally was changed,” Weitz said of the main difference between his script and Gilroy’s theatrical cut. “The Darth Vader kicking ass I cannot take credit for. That was a later invention. That was different…A lot of the deaths were put in different locations when they were shot. I’m not sure why K-2 died in a different place, for instance.”

One of the most drastic changes was the reveal of the Death Star. The “Rogue One” theatrical release makes it clear from the start the film is about the Rebellion bringing a group together to steal the Darth Star plans. Weitz said his original script did not disclose the plans were for the Death Star and instead created a mystery around the superweapon that would revealed much later in the film.

“It wasn’t clear at the beginning of the film that the Death Star was going to be the Death Star,” Weitz said. “It was just the sense in the rebellion that something bad was going down and we need to find out about it. There was this developing sense of dread throughout the [original script].”

The Death Star is brought into “Rogue One” near the beginning when an officer talks about a “planet killer” the Empire is building. Weitz said executives did not want to keep the Death Star plot a mystery since “Star Wars” fans already know what the Death Star is from George Lucas’ original movie.

“I was pushing for something that had more of a sense of dramatic irony,” Weitz said about his choice not to reveal the Death Star upfront.

Weitz harbors no hard feelings about the changes Gilroy made to the script. “I feel great about the final cut,” the screenwriter said. “I really liked the movie…I had no idea what it was going to look like until I sat down at the premiere. It was like watching a movie I had written and a new movie at the same time. I really, really liked it.”

Since the release of “Rogue One,” Weitz has gone on to write and direct “Operation Finale.” Listen to his full appearance on the “Cult Popture” podcast.