The Wall Street Journal reports he has reached out to supporters, stating his intent to fundraise for 2020 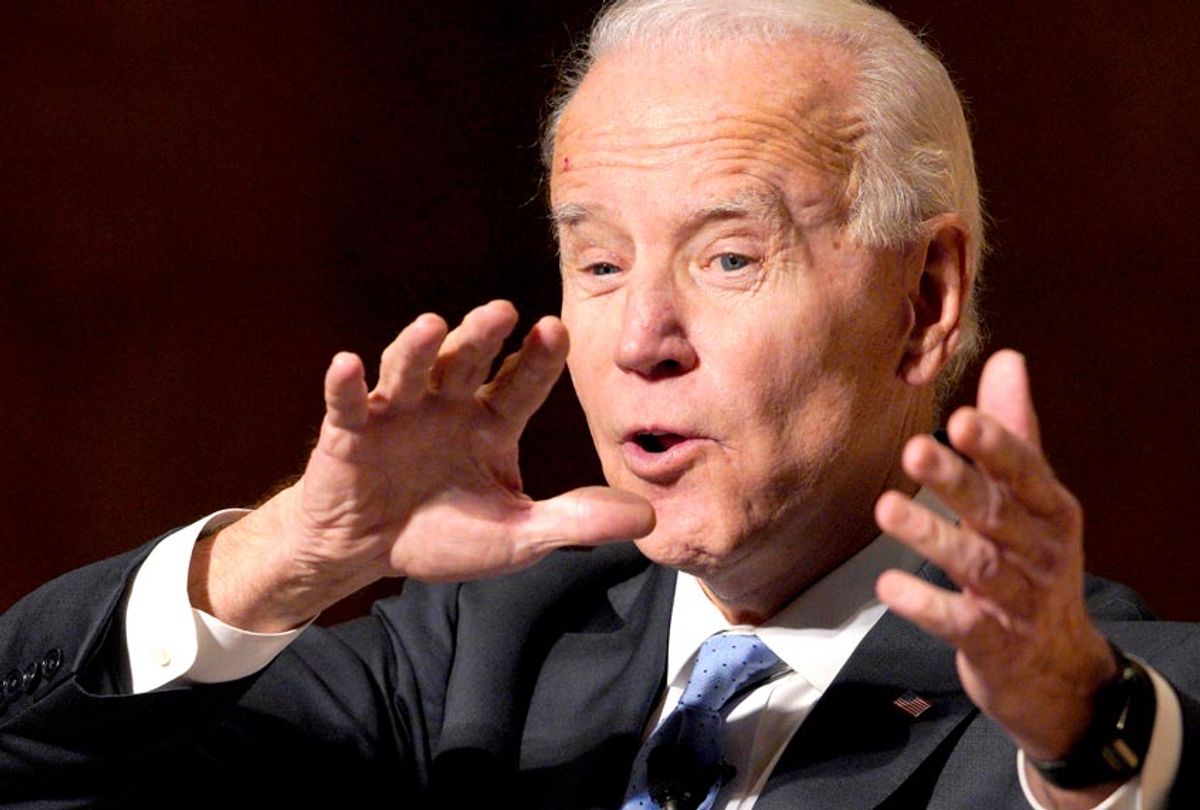 It's looking like former vice president Joe Biden will be tossing his name in the hat for a 2020 presidential bid.

On Tuesday evening, the Wall Street Journal published a report alleging Biden has allegedly reached out to an estimated half-dozen supporters, asking for contributions in order to raise several million dollars. The report states that Biden had "expressed concern" around not being able to raise millions of dollars in small online donations as presidential candidates Beto O'Rourke and Sen. Bernie Sanders (I-Vt.).

Mr. Biden wants to announce a large fundraising number after his candidacy is official to better compete in what is often dubbed the "money primary” that kicks off a presidential season.

Mr. Biden has indicated previously that he is close to entering the race but hasn’t yet reached a final decision, with people around him cautioning that he could change his mind. A spokesman for Mr. Biden declined to comment Tuesday.

The Wall Street Journal spoke to another source, according to the report, who said his team is scouting out a campaign headquarters in Philadelphia.

As CNN reported on Monday, sources close to Biden reportedly said he would possibly select a running mate early. Biden made headlines this past weekend for teasing a potential bid at a Delaware Democratic Party dinner.

"It can't go on like this, folks. I know I get criticized and told [sic] I get criticized by the New Left," Biden said in a speech. "I have the most progressive record of anybody running for the United States -- anybody who would run!"

According to CNN, this Freudian slip drew laughter from the audience.

If Biden were to run, he would be entering a crowded field that includes Kamala Harris (D-Calif.), and Sen. Elizabeth Warren (D-Mass.), too.

This would not be the first time Biden has sought presidency.  The former Vice President, who served twice under President Obama, previously ran as a Democratic primary candidate in 1988 and 2008.